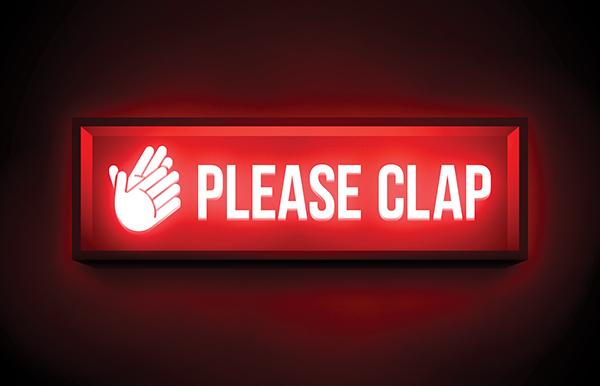 Have you ever wondered about the origin of those annoying laugh tracks which seem to permeate every television comedy? While we can’t pin 100 percent of the blame on an Arkansan, one of our native sons certainly played a supporting role in the development of this insidious contrivance.

The culprit? Van Buren’s notorious Bob Burns, a prominent mid-20th-century entertainer who regularly skewered the state’s image for several decades, telling racy and off-color jokes about the good folks back home in Arkansas. A strong argument can be made that Bob Burns contributed more to the state’s long-suffering reputation than any other single individual, with the possible exception of Gov. Orval Faubus.

Burns played the country bumpkin role to the hilt, using his trademark “bazooka” (a crude, homemade wind instrument) and appearing on the radio circuit in the 1930s and ’40s. When his five-year contract with the Kraft Music Hall program ended in 1941, he was bringing in the princely salary of $5,000 a week — or more than $4 million annually in today’s money. 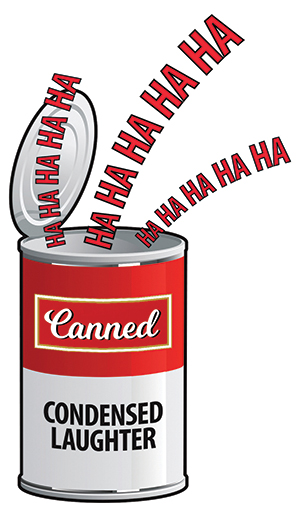 While on Bing Crosby’s pre-recorded radio show in 1946, Burns got an overwhelming response from the crowd, once again ridiculing Arkansas and her residents, with the laughs going on and on and on. But given the offensive nature of the jokes, they couldn’t be broadcast over the airwaves. Crosby’s technical staff had recently adopted improved technology which gave audio engineers greater control over the finished product, including the ability to add sound effects in the post-production phase. Recognizing its potential, they saved the enthusiastic reaction to Burns’ routine. A few weeks later, the show featured another comedian whose gig more or less bombed with the audience. The engineers simply dubbed in the earlier laughs from Burns’ performance — and the laugh track was born.

Although television was in its infancy, it didn’t take long for sound engineers to adopt this technique they called “sweetening” — adding laughs to a show when the audience response didn’t meet the producer’s expectations or toning down chuckles that went too long. A CBS sound engineer named Charley Douglass soon perfected a “laugh machine” containing 320 pre-recorded laughs of one sort or another. His unique and closely-guarded creation — nicknamed the “laff box” by industry insiders — operated like an organ with a keyboard and a foot pedal.

When rising costs eliminated “live” recordings of sitcoms, Douglass became a fixture in Hollywood’s backlots. With a virtual monopoly on the craft, he’d lug his mechanical contraption from one studio to the next, adding laughter to dozens of comedies during post-production. Shows such as Bewitched, The Munsters and The Beverly Hillbillies have been described as virtual showcases of his sound editing skills. In 1992, Douglass received an Emmy from The Academy of Television Arts & Sciences for his technical achievements.

Television audiences became so accustomed to canned laughter that they had trouble accepting shows without it. A few brave producers, confident their viewers were smart enough to recognize humor and to know when to chuckle without prompting, resisted laugh tracks — and almost all were rewarded with low ratings and, even worse, canceled programs.

For most of my adult life, I’ve been bothered by Bob Burns’ ill-treatment of his native state. His role in the evolution of the laugh track, innocent as it may have been, is one more reason he’s not on my list of favorite Arkansans.