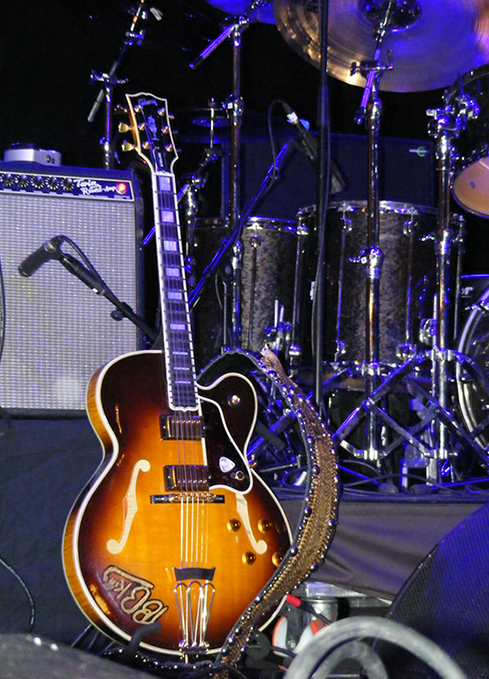 Back in the 1915-1920 era, Lucille was among the most popular names in the country for newborn baby girls. Fast forward 30 years or so to December of 1949, and one of the thousands of Lucilles born three decades earlier happened to be savoring a night out with her husband in Twist, Arkansas. Like dozens of others, the young African-American couple had come to Babe Mason’s, the local juke joint in the Cross County community, to mingle with friends and relax.

While this particular Lucille — Ms. Lucille Royston, to be exact — chose to enjoy the live music, her husband Mike opted to slip into a back room for a little gambling action and probably a drink or two of bootleg liquor. At some point during the evening, the attractive young woman accepted an offer to accompany another man onto the dance floor where couples were “jitterbugging, snake-hipping and trucking.” When he heard about Lucille’s socializing, Mike wasn’t pleased. He abandoned his gambling buddies, rushed into the dance hall and confronted his wife’s dancing partner.

This was before the days of central heating and air conditioning, at least in rural eastern Arkansas. During the winter months, the place was heated by the steady flames flickering above a barrel of kerosene positioned in the middle of the building.

In the ensuing melee, someone knocked over the kerosene. As a carpet of fire spread across the floor, everyone in the wooden structure — including the 24-year-old musician — raced for the exits.

That musician happened to be a talented young man from Indianola, Mississippi, named B.B. King. Breathless and standing outside in the frigid night air, he realized he’d left his $30 Gibson guitar — the sole source of his livelihood — in the burning building. King immediately darted back into the flaming juke joint and rescued his beloved musical instrument. As he rushed for the exit holding his precious guitar by the neck, a wall behind him collapsed, “just missing my ass and my guitar by a couple of inches,” he said. King suffered minor burns on his arms and legs as a result of his daring sprint into the inferno. Others were not so lucky, and two people perished in the raging fire.

As the building burned to the ground, King learned the fight was over a woman named Lucille. In his autobiography, King wrote, “I decided right then and there to christen my instrument Lucille, if only to remind me never to do anything that foolish again.” Over the course of his legendary career, King had several guitars stolen and wore out others, but every one of his guitars was always called “Lucille.” Considered one of the greatest guitarists of all time, King performed for the next 65 years with Lucille in his hands.

There’s not much left to Twist these days other than a few buildings and a lot of memories. Although Babe Mason’s place is long gone, there’s a roadside marker next to its former site commemorating the spot where “Lucille” became a key part of the B.B. King legacy. Roughly 15 miles west of Interstate 55 and about an hour or so outside of Memphis, it provides an interesting photo opp.

By the way, serving as the namesake for B.B. King’s guitars wasn’t Lucille Royston’s only claim to fame. She was also a first cousin of bluesman Howlin’ Wolf who, like B.B. King, is on Rolling Stone’s list of the world’s 100 best musicians.