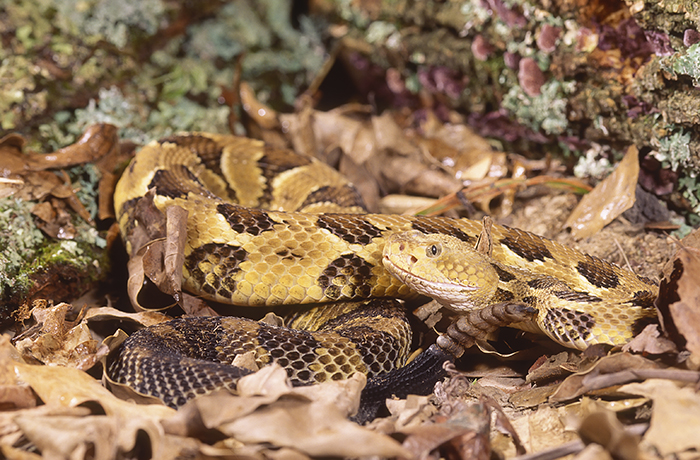 Try as I might, I am not a snake person and never will be. But there’s no avoiding the fact that Arkansas is a haven for a wide range of these reptiles — some three dozen species altogether. Over the years, I’ve become less fearful and more tolerant of our slithering, shoulderless creatures and have grudgingly come to accept that they indeed have a place in Mother Nature’s world.

What I don’t like is being surprised by a snake, no matter how innocent he or she might be. Coming face to face with one while pruning bushes can be disruptive. Finding one curled up in the bottom of a minnow bucket will get a fishing trip off to a bad start. Having one drop from an overhanging willow branch into a canoe is definitely traumatic. I’ve experienced all of those unfortunate encounters and others in my home state. No lasting damage to man or beast occurred in any of the incidents, although my ego suffered a serious, though temporary, blow when the canoe capsized during an unsuccessful attempt to evict the serpentine stowaway. There’s a line early in the book of Genesis that nicely summarizes my thoughts regarding snakes: “Now the serpent was more crafty than any other wild animal that the Lord God had made.”

Fortunately, most Arkansas snakes are harmless to humans. They quietly go about their business of eating insects, crawdads, fish, frogs, lizards, birds, mice, rats and occasionally even other snakes — on the whole contributing to the public good. We have the usual assortment of what I’ll call “friendly” snakes — kingsnakes, racers, garter snakes, and water snakes, among others — and then there are those of another sort: the venomous varieties. In this latter group, we have coral snakes, copperheads, cottonmouths (or water moccasins), and three types of rattlesnakes: western pygmy rattlesnakes, western diamondback rattlesnakes and timber rattlers.

My most memorable rattlesnake adventure in the Natural State occurred years ago on a late summer hiking trip with a friend in the rugged and remote East Fork Wilderness of the Ozark National Forest. Looking to improve my vantage point for a photograph, I stepped onto a rock slab. I then heard a very distinctive, and very nearby, rattling and instantly knew a retreat was in order — and did so in a heartbeat. I never saw that rattler but will never forget its insistent warning.

Since then, I’ve done a bit of research on rattlesnakes in Arkansas and have uncovered a couple of curious matters. One is that they’re far more common than I would have imagined. Unlike his two cousins, the timber rattlesnake resides in all 75 counties. They’re very secretive, often hiding under the cover of fallen leaves while waiting to ambush an unsuspecting mouse, rat, or squirrel. If you’ve spent much time in the woods, chances are you walked right past one without knowing it. They’ve been known to position themselves next to downed tree trunks with their heads placed against the wooden surface. They can then detect vibrations as small mammals, such as chipmunks, scamper across the logs — and will strike quickly. These snakes, sometimes called canebrake rattlers, can live 25 to 30 years, occasionally reaching a length of 60 inches or more.

As I hiked through the woods during the past few decades, I usually kept my eyes to the ground to avoid rocks, stobs and, of course, snakes. But after reading some fascinating research done by herpetologists at the University of Arkansas, my routine has changed. These scientists, who’ve placed tiny radio transmitters in body cavities of several dozen timber rattlers in the Ozarks of Northwest Arkansas, have discovered that rattlesnakes can climb trees. Yes, you read that correctly. Rattlesnakes can — and do — climb trees.

Dr. Steven Beaupre, chair of the Departmental of Biological Sciences and head of this project, reports that while such behavior is rare, he’s observed young timber rattlers as high as 50-60 feet off the ground and adults chest-high in bushes and brush. The assumption is that the snakes are searching for food — birds, bird eggs, lizards and rodents. So, my gaze is no longer locked in at my feet as I bushwhack through the wilds of Arkansas.

One last item: Timber rattlers and their relatives play a big role in controlling the populations of mice, rats and squirrels. So, next time you cross paths with a snake, no matter the variety, do us all a favor and walk away. That approach may go against your instincts, but it’s the right thing to do.