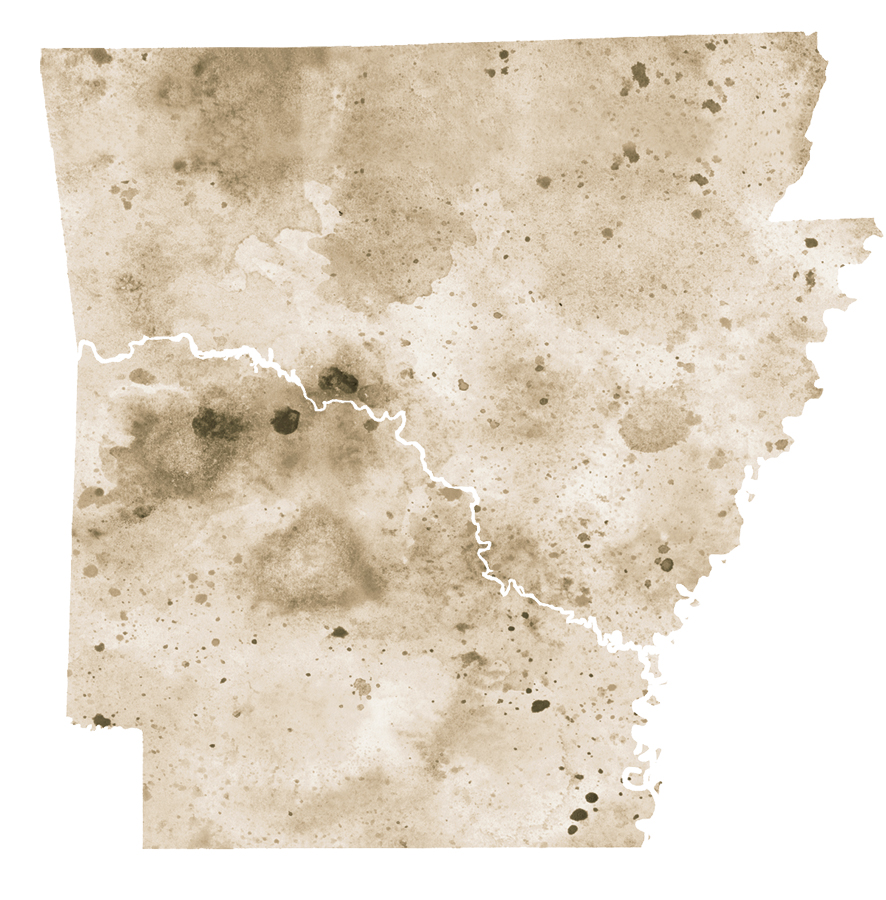 By Joe David Rice
Over in East Arkansas, about halfway between Helena and Stuttgart, is a community known as Turkey Scratch. Straddling the Phillips-Lee county line, the unincorporated settlement is what my father would charitably call “a wide spot in the road.” Turkey Scratch has no post office, but visitors will spot a church, a couple of houses, two A.B. Thompson stores (the original now closed; the replacement still in business), grain storage bins, farm equipment and a sign on each side of town assuring travelers they’ve arrived at their destination. Surrounded by the deep, rich soil of the Delta that yields bumper crops of rice and soybeans, this quiet little hamlet doesn’t seem much different from the dozens of other populated spots in rural Arkansas struggling for survival. 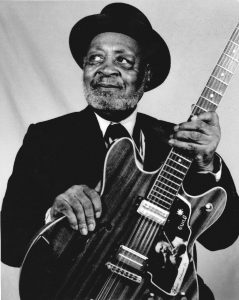 But Turkey Scratch is indeed special, for this isolated patch of dirt produced two of the South’s finest musicians – Robert Lockwood, Jr. (world renowned bluesman) and Levon Helm (rock ‘n’ roll legend). What are the odds of a single small community out in the middle of nowhere delivering two world-class talents? It’s as if one little neighborhood beget both Hank Aaron and Mickey Mantle. Or a tiny locale giving us Andrew Wyeth and Norman Rockwell. Or Jody Foster and Morgan Freeman.
I’ve given up trying to figure it out. However, I can recommend a pilgrimage to Turkey Scratch – with this one non-negotiable stipulation: listen to the music of Robert Lockwood, Jr., on the way over and to Levon Helm on the way back. Or vice versa.
Robert Lockwood, Jr., was born in Turkey Scratch in 1915, getting his initial exposure to music via the family’s pump organ. When he reached his late teens, he learned guitar at the knee of preeminent bluesman Robert Johnson, who lived with Lockwood’s mother off and on. By the early 1930s Lockwood played professionally and eventually hosted King Biscuit Time, a noon radio program on Helena’s KFFA, with Sonny Boy Williamson. In 1950, he moved to Chicago where he backed up Muddy Waters and Little Walter. A blues guitarist of exceptional skill, he exerted a strong influence over a generation of up-and-coming musicians from around the world. For decade after decade, Lockwood regularly released one recording following another, covering every aspect of the blues. Before his death in 2006, Lockwood was inducted into the national Blues Hall of Fame and received the National Heritage Fellowship Award. 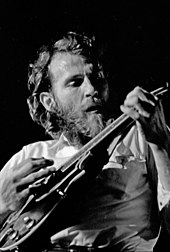 When Levon Helm was born in 1940, Lockwood was well into his career. Like Lockwood, Helm grew up in a Turkey Scratch environment which encouraged music. At the age of six, after watching a local performance by Bill Monroe, the inventor of bluegrass, Helm decided he would become a musician. He began with a guitar, but soon switched to drums – which proved to be a fortuitous choice. When rockabilly star Ronnie Hawkins played in West Helena one evening, 17-year-old Helm filled in for the band’s absent drummer. A few months later he graduated from high school and began touring with the Canada-based Hawkins. After parting ways with Hawkins, the band became known as Levon Helm and the Hawks, performing with Bob Dylan. Helm and his cohorts emerged as The Band and in 1968 released Music from Big Pink, a seminal album which had a pronounced impact on the blossoming rock scene. A year later they issued The Band, described by a prominent critic as “one of the richest and deepest records in rock history.” Upon the demise of The Band, Helm continued to produce critically acclaimed releases, despite fighting cancer. He received three Grammy awards over the course of his musical career and even found time to act, portraying Loretta Lynn’s father in the 1980 film Coal Miner’s Daughter. Helm died of throat cancer in 2012.
For those seeking an interesting road trip into Arkansas’ Delta country, Turkey Scratch is 85 miles due east of Little Rock. For international visitors arriving in Memphis, it’s located about 50 miles southwest of Beale Street.
Joe David Rice, former tourism director of Arkansas Parks and Tourism, has written Arkansas Backstories, a delightful book of short stories from A through Z that introduces readers to the state’s lesser-known aspects. Rice’s goal is to help readers acknowledge that Arkansas is a unique and fascinating combination of land and people – one to be proud of and one certainly worth sharing.
Each month, AY will share one of the 165 distinctive essays. We hope these stories will give you a new appreciation for this geographically compact but delightfully complex place we call home. These Arkansas Backstories columns appear courtesy of the Butler Center for Arkansas Studies at the Central Arkansas Library System. The columns will be collected and published in book form in late 2018 by Butler Center Books.