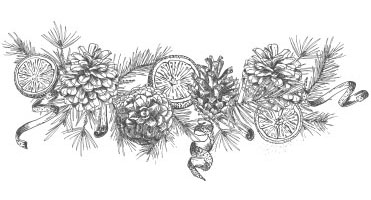 By Joe David Rice
I suspect we’ve all had at least one of those “Gosh, why didn’t I think of that” moments when a clever invention transforms ordinary people into multi-millionaires. That was my reaction when I first heard about Aromatique, the business birthed in the kitchen of Patti Upton’s lake house that has generated well over half a billion dollars in sales. Yes, in the kitchen of her very lovely and spacious second home on the shores of Greers Ferry Lake outside Heber Springs.
Patti, the 1959 Miss University of Arkansas and a former fashion model, was not one of those impoverished inventors who struggled for years fighting bill collectors, bad luck and belligerent bankers. Her entrepreneurial story, which began in 1982, is a classic case of serendipity combined with solid business practices.
While still in her mid-forties, Patti split time between Heber Springs and West Memphis, her primary residence, with her husband, Dick. During their frequent visits to Heber Springs, she got acquainted with Sandra Horne, owner of the Browsing Post, a local gift shop. When Horne playfully challenged her friend to develop a special concoction which would entice Christmas shoppers, Patti took the bait. Immediately.
Dick Upton walked into their lake house kitchen that evening to find a startling mess. His wife, who claimed to have never cooked a meal during her life, was surrounded by pots and pans – and a bizarre collection of pine cones, sweetgum balls, acorns, hickory nuts and so on from their yard. Plus, there was an interesting array of natural flavorings and essential oils scattered across the countertops.
Patti assembled an assortment of the yard’s “botanicals” in a large wooden bowl, stirring in spices and oils until she achieved the desired smell. She then transported her new creation to the Browsing Post and placed the aromatic blend in dishes around the shop. With customers clamoring to take some home, Patti and Sandra simply wrapped the fragrant blend in handy doilies, dubbed it “The Smell of Christmas” – and sold the entire lot in one day. They didn’t realize it at the time, but they’d just founded the Decorative Fragrance Industry, a multi-billion-dollar niche which has grown to include potpourri, room sprays, heated oils and waxes, diffusers, scented candles and many other consumer goods. Decades later, “The Smell of Christmas” continues to be the company’s biggest seller.
Patti produced her next batch in a plastic garbage can, stirring the mixture with a mop handle – equipment soon to be replaced with a factory and modern machinery. Today, Aromatique’s 200 employees operate from a dozen buildings in Heber Springs, carefully creating and packing its products which are shipped to 5,000 gift shops and selected department stores across North America and overseas. The company has tactfully handled a variety of special requests – to include a complimentary parcel sent to England’s royal family several years ago. Other celebrity customers have included Cher, Dionne Warwick, and First Ladies Nancy Reagan, Barbara Bush and Hillary Rodham Clinton.
As for Patti Upton, she retired from Aromatique in 2013 – but certainly experienced a good run before her death in 2017, a passing which earned an obituary in The Wall Street Journal. She had been featured on “Lifestyles of the Rich and Famous,” interviewed by The London Daily Express and Washington Post newspapers, and profiled in Southern Living and People magazines. Not one to forget her roots, Patti supported a variety of worthy causes across Arkansas, including The University of Arkansas for Medical Sciences and The Nature Conservancy – the latter of which has received nearly $2 million for its conservation purposes through sales of a product line Aromatique designed for that purpose called, “The Natural State.”
Arkansas, like most southern states, has an abundance of strong, accomplished women, some of whom have earned prominent positions in the C-suites of corporate America. Yet I cannot recall any others who have launched a major new industry within the world’s economy. I wonder if Patti Upton ever considered a “Smell of Success” fragrance.