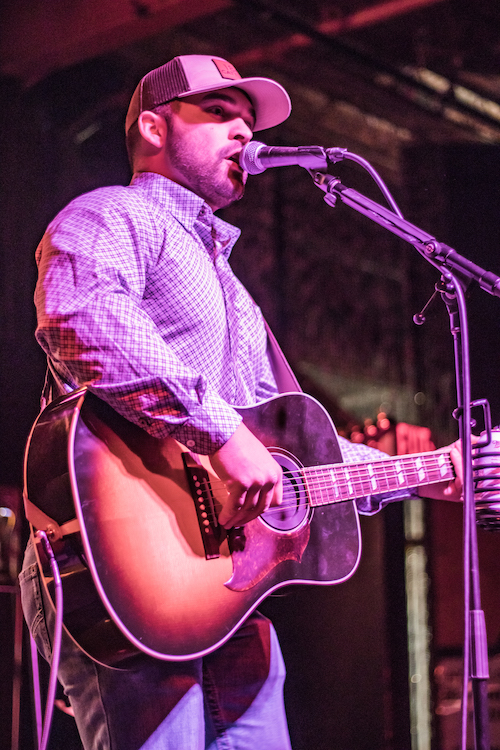 Arkansans know all too well that the state is overflowing with talent. The Natural State prides itself in the individuals that find success in their passions, and the support for local artists knows no bounds. Names such as Johnny Cash, Conway Twitty and Justin Moore are only a few examples of the products from this small state, and the up-and-coming band “Kinch” is on their way to joining the ranks.

A group of guys from Cabot with a mutual love of the Lord, family and country music, Kinch found its start at Grace Community Church. One by one, each member of the band came together to form the soulful, old-school country sound that fans all over the country are in love with. Original songs written by the band that are all things fun, personal and relatable, this group is Arkansas’ next favorite call to fame.

Singer and namesake of the band, Tyler Kincheloe, is what his band members would describe as one of the most humble and genuine people out there. Kincheloe, a husband, father of two and veteran, might come across as shy if you meet him on the street, but once he jumps onto the stage, he’s electrifying. A talented singer, songwriter and performer, Kincheloe pours his heart and soul into every song he and the other band members perform. His ambition and passion for music has taken Kinch from a local band playing odds and ends gigs to a professional traveling music group.

“He’s much better at singing than he is at playing golf,” band member Drew Glover jokes.

Kinch, often referred to as “Kinch and The Boys,” would be incomplete without the personalities that make up the group. Drew Glover, Jackson Hagerman, Avery Snyder, Nathan Jeffers, Ryan Cotroneo and manager Don Grisham match energy and ambition to keep the band thriving and reaching new heights as an ensemble.

The song “Bullet” by Kinch was based on a period of time in Drew Glover’s life when he felt as though he needed to be better. The opening lyrics, “‘Gotta put some daylight between me and this town; there’s a dead man laying in the ground,” are an example of the raw message Glover and the band share with the audience about their own lives.

The band is not only made up of a talented group of individuals, but in their words, a brotherhood, as well. While the guys are writing music, composing melodies and doing band-related work, it’s not uncommon for there to be a group of children running around. The men enjoy bringing their families together and having fun off the stage. Kinch is a big fan of BBQs, fishing and hunting trips and simple get-togethers as a group of friends.

A family in every way, the men work together toward a common goal. There is not a battle of the egos or a competition as they only wish to uplift one another and celebrate their success as a group.

“This band is worth it,” Don Grisham says. He is constantly amazed at the passion radiating from Kinch, and the time each member dedicates to the group and the music.

Kinch has performed at some of the country’s most prestigious venues. Coming up in the future, Kinch plans on continuing paving the way for Arkansas music with a recording session in Nashville, and a concert a little closer to home, Dogwood Throwdown benefitting Beyond Boundaries, a non-profit equine-assisted therapy program for children and young adults with disabilities, on November 6, 2021.

In every performance and in every interaction, the band wants people to feel like Kinch is a party full of every emotion: excitement, empathy, wonder and the raw feelings that resonate even after the show is over.

Coming up on the weekend of August 14, Kinch and The Boys will be playing at the Rev Room.

For a chance to win tickets, enter your info below and tune into 103.7 The Buzz Friday, August 13 at 8:05 am for Heather Baker to announce the winner.