Arkansas Bucket List: 100 Things to Do in the Natural State 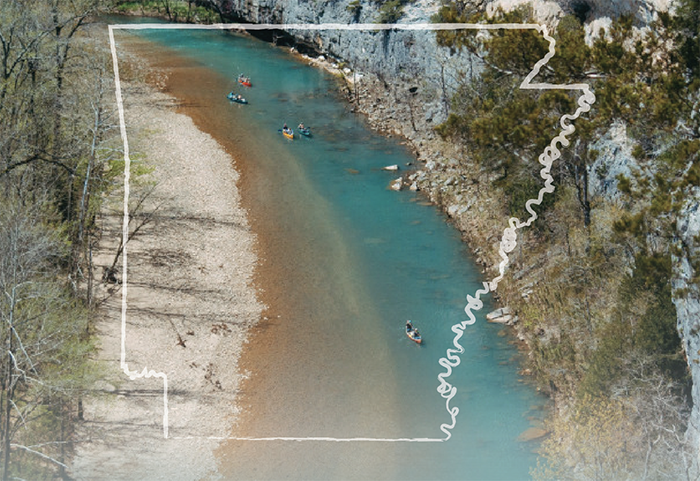 Move over New Year’s Resolutions. Here are 100 things you should do around the Natural State in 2019, instead.

Each January, millions of Americans attempt to chart a new course in life by setting a handful of New Year’s Resolutions. But for all the good intentions, seldom are they ever achieved. In fact, according to U.S. News & World Report, 80 percent of all resolutions fail by February and only 8 percent of people ever achieve their goals.

This year, we’re going to try something different. Rather than make a few lofty resolutions that will be out the window before Groundhog’s Day, we’ve decided to spend 2019 marking off things on AY’s first-ever Arkansas Bucket List.

Let’s face it: our resolutions often fail because they are rooted in something negative. We’re unhappy with our weight, how much time we spend on our phones, how much money we waste. And setting a resolution means depriving ourselves of something we want. Life is short. How would you rather be spending the year?

We’re here to help by providing you with a great start. The following list is comprised of 100 things you can do and see in every corner of our great state. We’re certain we didn’t include everything there is to do – you might not see something that would have made it on your bucket list. But it’s a start! Take these 100 opportunities and add your own. And most of all, have fun and make the most of your year.

Pick cotton in the Delta at Peebles Farm.
Augusta

Catch a movie at the Ozark Foothills Filmfest.
Batesville

Wear a kilt to the Scottish festival at Lyon College.
Batesville 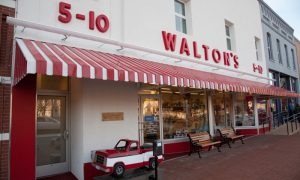 Visit the Walmart Museum and 5&10, a store designed to remind us of the Walmarts of old.
Bentonville 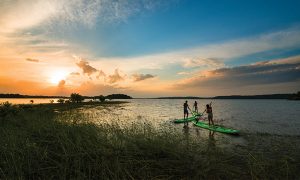 Buy a book from The Blytheville Book Company, formerly That Bookstore in Blytheville.
Blytheville 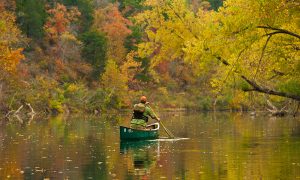 Fish for smallmouth bass on the Kings River.
Boston Mountains

Scout for elk in the Ozarks.
Boxley

Experience the toad races at Toad Suck Daze during the summer festival.
Conway

Step back in time at the Johnny Cash Boyhood Home, where the country legend grew up.
Dyess 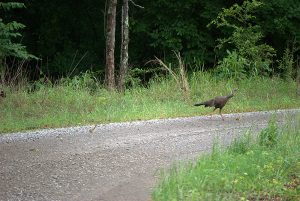 Drive the Great River Road, a 362-mile stretch of road along the Delta.
East Arkansas

Rock out at the El Dorado Music Fest in the Murphy Arts District.
El Dorado

Pray at the Christ of the Ozarks statue, which stands seven stories high.
Eureka Springs 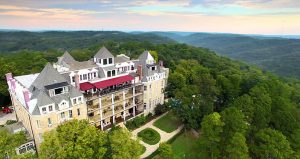 Stay at the historic, and possibly haunted, 1886 Crescent Hotel and Spa.
Eureka Springs

Sleep in an old gas station at the Texaco Bungalow.
Eureka Springs

See a drive in movie at 112 Drive In, one of the state’s last remaining drive-in theaters.
Fayetteville

Call the Hogs at Razorback Stadium on gameday.
Fayetteville

Buy a book from the maze of literature at the Dickson Street Bookstore.
Fayetteville 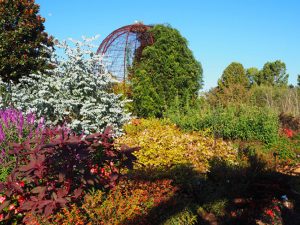 Wander through the Botanical Gardens of the Ozarks.
Fayetteville 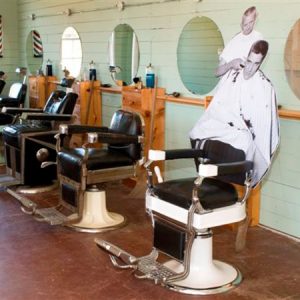 See Elvis at the Chaffee Barbershop Museum, where the King of Rock received his military haircut.
Fort Smith

Visit the courtroom of Judge Parker, known as the “hanging judge.”
Fort Smith 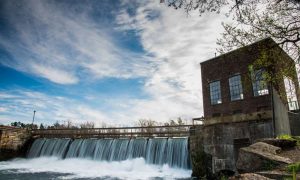 Find the Gurdon Light along the railroad tracks, believed to be a wandering spirit.
Gurdon 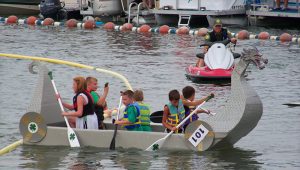 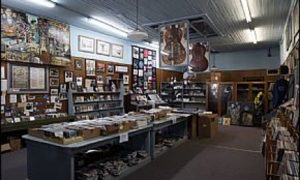 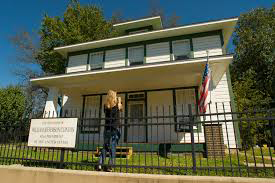 Eat an Arkansas watermelon at one of the state’s great watermelon festivals.
Hope or Cave City 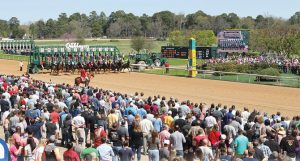 Visit the Gangster Museum of America and relive an era that defined the 1920’s and 30’s.
Hot Springs 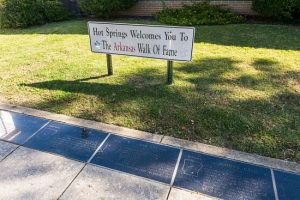 Stroll down the Arkansas Walk of Fame.
Hot Springs

Bathe in the thermal hot spring waters or take some home from one of many fountains.
Hot Springs 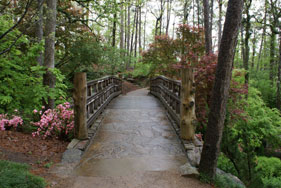 Howl with the Red Wolves of Arkansas State University.
Jonesboro 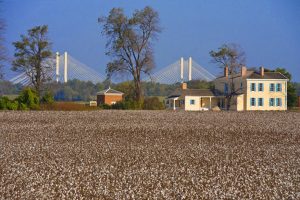 Step back in time at Lakeport Plantation, an Antebellum plantation home.
Lake Village

Fly fish on the White River at Gaston’s.
Lakeview 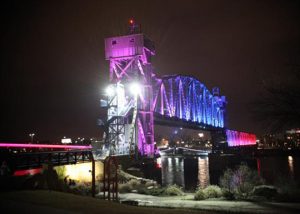 Cross the Arkansas River on foot at the Junction Railroad Bridge.
Little Rock

Take in the history at the Arkansas State Capitol.
Little Rock 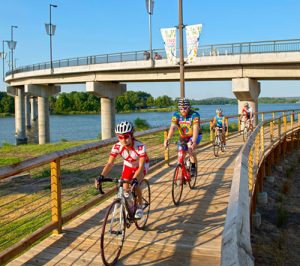 Admire the sculptures at Bernice Garden, a garden created to celebrate the community.
Little Rock

Have lunch along the River Market District, the centerpiece of Little Rock’s downtown.
Little Rock 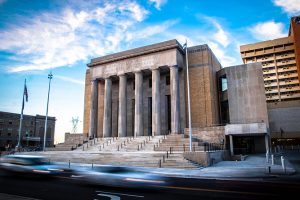 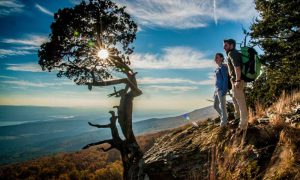 Dig for quartz, crystals and other gems at Mount Ida, the heart of “Crystal Country.”
Mount Ida 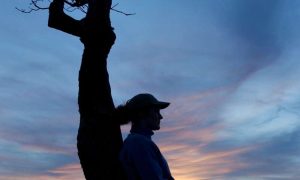 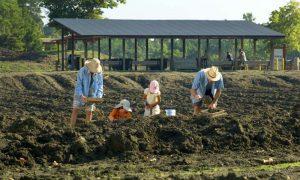 Dig for diamonds at the Crater of Diamonds State Park.
Murfreesboro 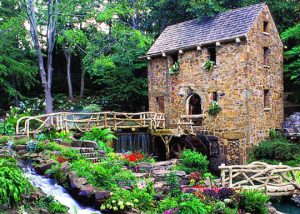 Drive the Pig Trail Scenic Byway, through the Boston and Ozark Mountains, during fall.
Northwest Arkansas

Explore the Hemingway-Pfeiffer Museum, once home to Ernest Hemingway.
Piggot 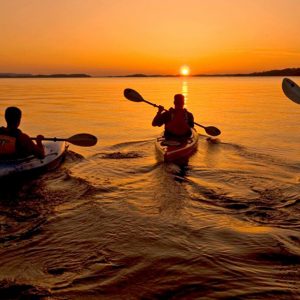 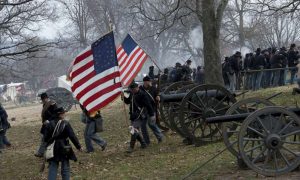 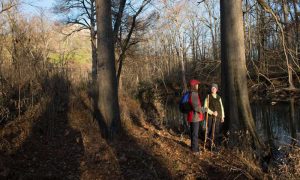 Pick berries or wildflowers during the summer months at Wye Mountain.
Roland 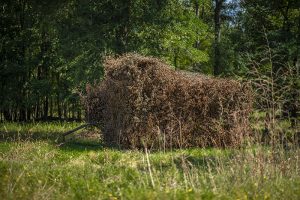 Call in ducks from the blind in the duck capital of the world.
Stuttgart

Experience the World Duck Calling Championship at the annual Wings over the Prairie Festival.
Stuttgart

Search for treasure in the Old Spanish Treasure Cave, a cave thought to be discovered by conquistadors.
Sulphur Springs

Be in two states at once at the Arkansas-Texas state line.
Texarkana

Explore the history of tenant farming at the Southern Tenant Farmers Museum.
Tyronza

Walk with the Beatles at the monument dedicated to the legendary group’s 1964 visit.
Walnut Ridge

Take a step back in time at the Historic Washington State Park, a former pioneer settlement.
Washington 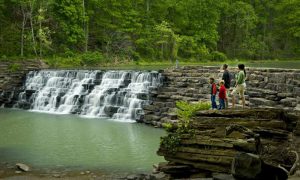 Hike Devil’s Den State Park in the fall, when the leaves have changed.
West Fork

Fish for bream on a south Arkansas oxbow lake.
Wilmot 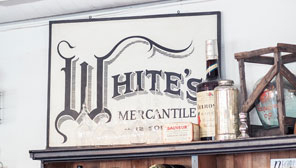 Shop at White’s Mercantile, an old-time general store for the modern-day tastemaker.
Wilson