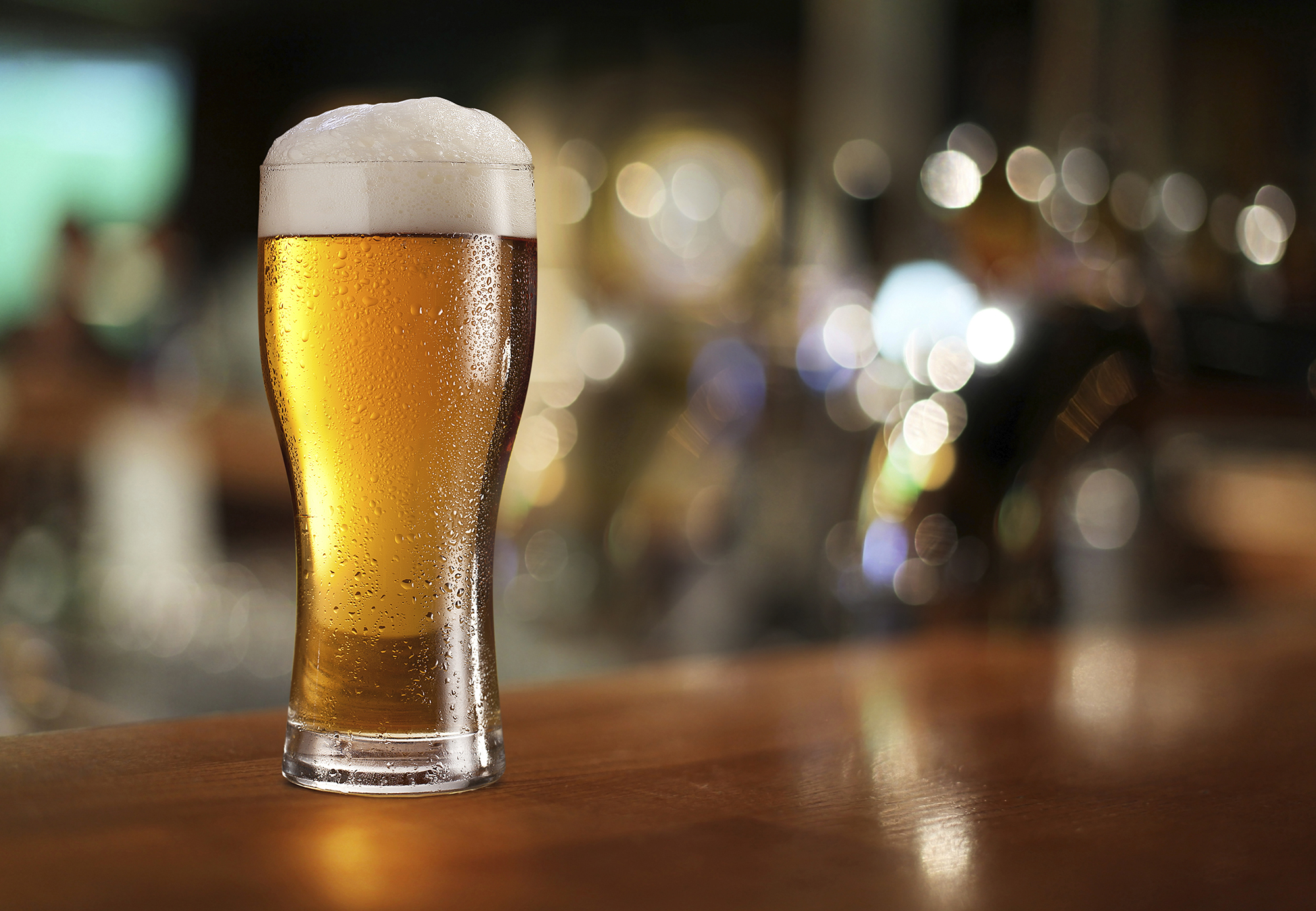 A stout brewing industry hops across the Natural State
Arkansas has a burgeoning craft beer scene. During the last few years, more and more breweries have steadily popped up across the state, particularly in Northwest and Central Arkansas. Liz and Sean Slape are two of the newest brewery owners entering the industry.
The couple is renovating a 1,000 square-foot building located just southeast of Fayetteville’s downtown square. Once the project is complete, Crisis Brewing Company will be a quaint, neighborhood brewery with a 400 square-foot taproom that seats 30.
“It’s named lovingly after our midlife crisis,” Liz says.
Work took the couple away from Northwest Arkansas for a few years, and they were searching for a way to move back with their teenage son. They have always wanted to own their own business, Liz says. That, combined with her husband’s 10-year homebrewing hobby, led to their decision to start Crisis Brewing Company.
Sean estimates their two-barrel brewhouse can make about 150 barrels a year. The couple is currently brewing a cream ale, an Irish red, an IPA and a double IPA. They plan to officially open to the public in March.
The brewing culture is amazing, Liz says, and unlike anything she has seen before. There is a camaraderie you don’t find in other industries.
“This is such a different ballgame,” she says. “And these brewers like each other, they hang out with each other, they share information and we’re just excited to be part of that growing culture.”

While the majority of growth in the state’s brewing industry has occurred in the last six years, the state’s history with brewing dates back to the 19th century. Brian Sorensen, author of  Arkansas Beer: An Intoxicating History, says you can point to German Americans as the catalyst for brewing in the Natural State.
Prohibition put the brakes on brewing in Arkansas, and it wasn’t until the 1980s that brewers began making their own beer again. Following the end of Prohibition, Sorensen says larger companies took over the beer market and Arkansans lost touch with the history of flavor in beer.
“It became more about the light lagers we know today,” Sorensen says. “It became more about price point for Arkansans who have historically been strapped for cash in relation to other peers in other markets.”
That has certainly changed with the proliferation of breweries across the state in the 21st century. Steven Rehbock was one of the brewers who helped launch the most recent wave of craft brewing in Northwest Arkansas.
He opened Saddlebock Brewery in Springdale in September 2012. Rehbock moved to the area from Chicago, and as he became involved with a local homebrewing club, he learned more about the industry.
“I was completely ignorant before that really, but realized that Arkansas did not have its place nationally yet, that the wave would hit here and I just wanted to be part of that,” he says.
Rehbock started with 14 acres and a taproom whose exterior is shaped like a big red barn. Today, the business includes a taproom, a restaurant and a rental cottage that sit on 30 acres with access to Beaver Lake.
“We’re recognizing our niche as a destination and a bit of a resort,” Rehbock says.
As the industry has evolved, brewery owners have had to adapt to a changing market.
“When it opened up, it was a novelty,” he says. “People came out and got growlers; the 22 ounce bombers sold really good. Now we’re switching into that production mode over the last year or so. You’re seeing a lot of 12-packs, 24-packs, cans, bottles, 12 ounces. And that’s really the direction we need to get to because that’s your volume.” 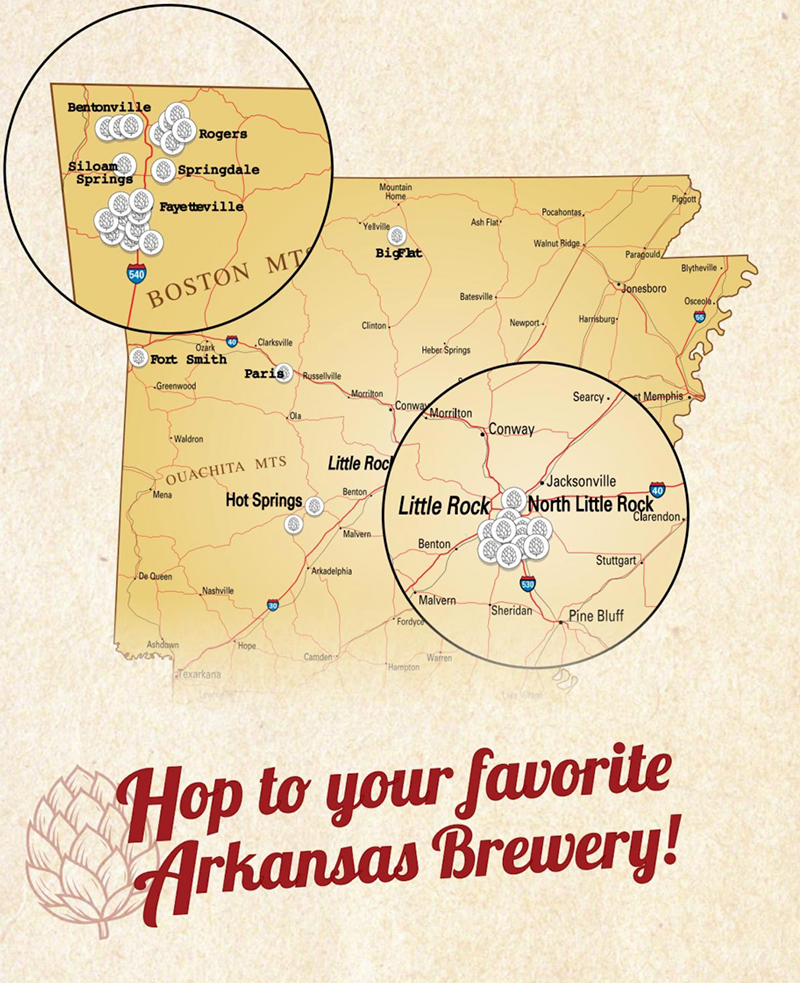 Many brewers get into the business because of a love of craft beer, but there is no denying the economic benefits of the industry. According to the Brewers Association, craft brewing had a $406 million economic impact on the state in 2016.
“It is no longer just a game,” says Evan McDonald, vice president of the Arkansas Brewers Guild. “We are a serious impactor of this state and I hope that more people will recognize that.”
McDonald is also the co-owner of Apple Blossom Brewing Company. When he opened the Fayetteville brewpub in July 2013, there were only a handful of breweries in the region. Now there are more than a dozen and more on the way.
It may seem like the market is getting too crowded, but brewery owners like McDonald say there is still plenty of room for growth. He says craft beer purchases nationwide are only 12 percent of the beer bought.
“While it may appear that there is an oversaturation, now is the time for us to make more Arkansans aware of the products that we’re making,” McDonald says. “That’s the challenge right now.”

TAPPING INTO THE MARKET

Although there is room for more local beer, aspiring brewers should have a specific business plan. That is the advice Core Brewing Company founder Jesse Core would give new businesses entering the market.
“I think there is a shift happening in the industry and we see it,” Core says. “You cannot add ‘X’ number of breweries a year without there being a tipping point.”
Working in the beer industry, he says you now have to look at multiple parameters — quality and variety of your product, the availability of taps at restaurants and shelves at liquor stores, and pricing.
“Where pricing before was never an issue, now you’re starting to see more competitive pricing,” he says.
Competition is real and it’d be disingenuous to say he wouldn’t want to be the only brewery around, Core says.
“But at the same time, having this many breweries here also sheds some light on us that we’re a pretty solid beer destination,” he says.
That competition has raised the bar for Core’s company and he says they’ve had to reinvent themselves. Core Brewing Company opened in Springdale in 2011 and has since established locations in seven cities throughout the state. The business has undergone some rebranding and recently completed a $2 million expansion to its canning line.
Quality expectations are high, much higher than they were a decade ago, Core says. And while good, quality beer has likely helped the craft beer industry grow, supportive customers have played a role as well.
“Arkansas, we’re a very proud group and we’re very proud of supporting our local establishments and that’s why I think these guys are successful,” he says. 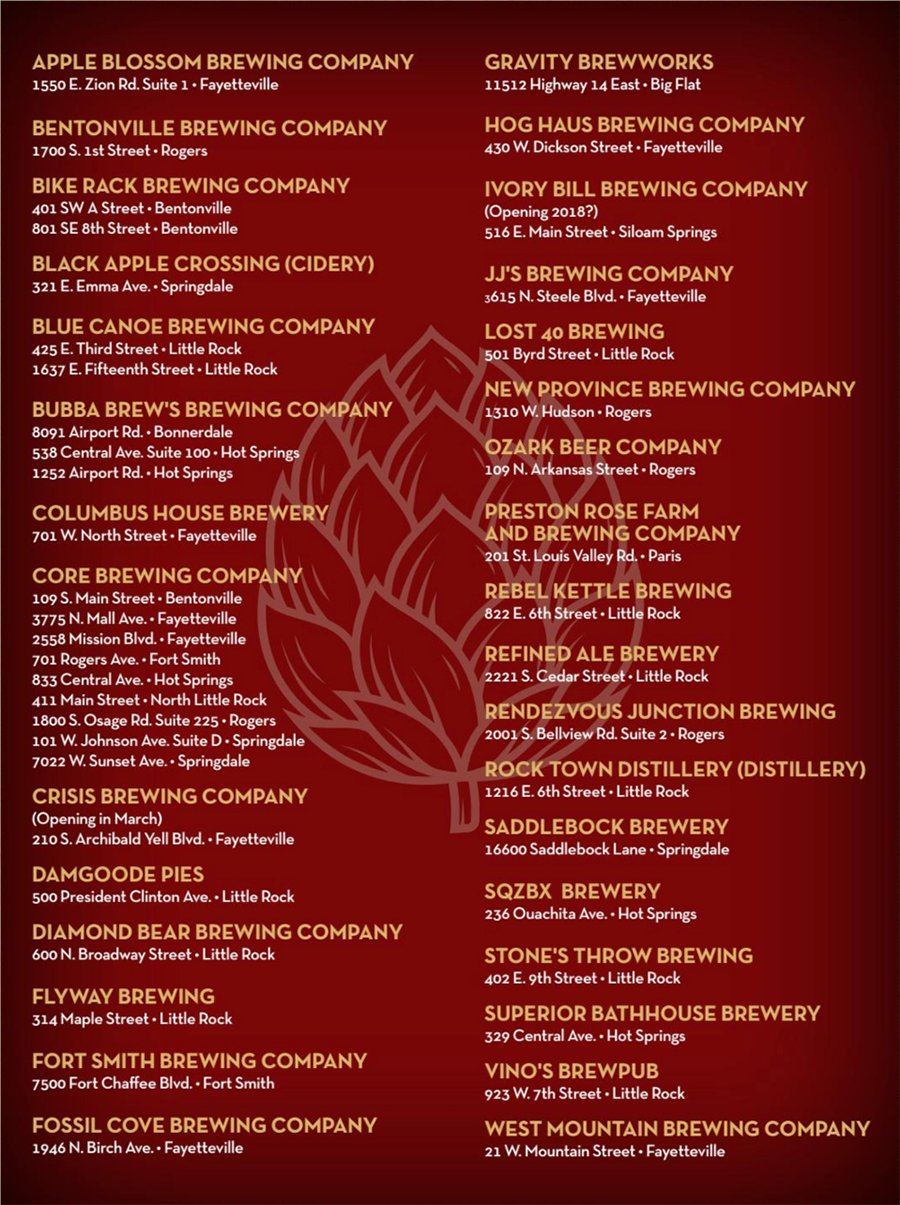