Seven Chefs to Face Off at 2020 Diamond Chef Arkansas Competition 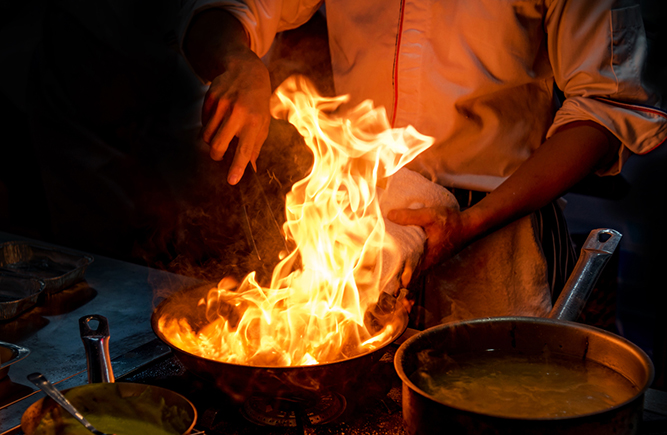 Every year, Arkansas chefs sharpen their blades and tighten their aprons as they prepare for the Diamond Chef Arkansas competition. They’re not competing for just any prize – they’re competing to be named the best chef in Arkansas.

That time of year is coming soon! On April 23, six Arkansas chefs will face off against the reigning Diamond Chef champion to see who has the right stuff in the kitchen.  Chef Jordan Davis, the 2019 Diamond Chef champion, will be returning to the Culinary Arts and Hospitality Management Institute’s state-of-the-art kitchen to put his title on the line against some of the best-known chefs in central Arkansas.

This year marks the 13th edition of Diamond Chef Arkansas. The event, modeled after the hit show Chopped, is a fundraiser for University of Arkansas – Pulaski Technical College Culinary Arts and Hospitality Management Institute. Last year, the event helped to raise more than $120,000 that impacted around 6,000 students at the college.

In 2020, the event organizers are even more ambitious. They are hoping to raise $150,000 to support UA-Pulaski Tech.

The Diamond Chef Arkansas competition will be held Thursday, April 23, at 6 p.m. at the Culinary Arts and Hospitality Management Institute, located at 13000 I-30 Frontage Road in Little Rock.