Arkansas Chefs Bring the Heat (and the Food) to NYC 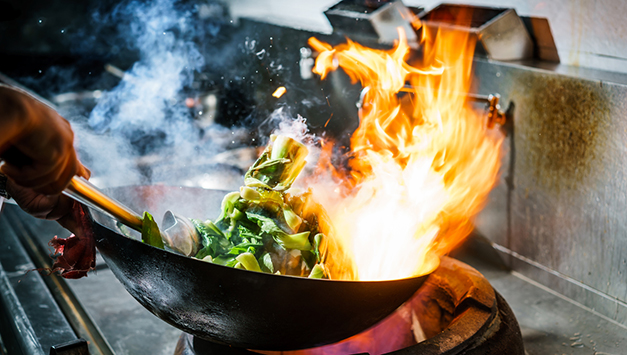 The kitchen bustles, activity swirls around the center of the room, the heads of the collaboration nearly touching, bent over the table, task at hand; precision, surgeon-like in technique and intensity, brows furrowed, only these skilled artisans are focused to enrichlives, rather than save them.  The most recent Beard Foundation Ozark Sunday Supper to benefit the High South Scholarship fund marked five years since a small band of young chefs ventured fiercely into NYC to not only promote the edible culture of Bentonville; but to also ignite a strong bond between two unlikely locales that would soon be a partnership for the ages.
Daniel Hintz, formerly of Downtown Bentonville, Inc., but currently of Velocity Group worked hard to develop, forge that bond; calling upon the esteemed Manhattan-based foundation well before Bentonville was barely a spark of what it is today, even before Crystal Bridges Museum of American Art, the cultural precipice that pushed the wings beneath Bentonville to take flight, was even up and running at the conclusion of 2011.  Hintz had vision, faith in his burgeoning town, and before long the once quiet small city was home to a world class museum, the world’s largest retailer, and a new movement of cuisine that accurately, poignantly represented the local food culture as “High South.”
The Beard foundation happily embraced the High South fervor, understanding its importance to the region, the millions of people traveling to Northwest Arkansas not only doing business with the world’s largest retailer, but also stimulated, inspired, entertained by the art, culture, cuisine, and narrative of the Ozarks.  Hintz’s hard work, along with the opening of the museum, helped design a relationship that would ultimately yield several dinners at the Beard House hosted by local chefs, a JBF boot camp focusing on food advocacy, and an annual High South Scholarship fund for Arkansas culinary students.
In an effort to commemorate the first High South dinner in 2013 with chefs from Eleven at Crystal Bridges, Tusk and Trotter, and the Hive at 21c, the Beard foundation along with the Visit Bentonville host an annual dinner in November that serves as a vessel to promote regional food culture, partnership, and fund raising for the scholarship.  The fifth year anniversary took place at the Brightwater: a center for the study of food at 8thStreet Market in Bentonville; showcasing over a dozen chefs collaborating on courses for over 200 guests.  Ashley Kosiac, Impact Programs Manager for the Beard foundation, enthusiastically joined the event to announce the new recipient of the High South scholarship; a beautiful, fitting symbol to celebrate the future chef at the very dinner that partially funds the educational scholarship.
Collaboration, vision are critical to the Beard Foundation’s connection to Bentonville; and this year’s Ozark Sunday Supper paid homage to these altruistic paradigms; each chef working closely with another to create a singular, stylized course; and the result was pure magic, yielding collaboration in its purest form as restaurant contemporaries devised an experience that simultaneously surprised, nourished, and inspired guests.  James Beard would have been proud.
RELATED: Kids in the Kitchen: Holiday Cooking with Honey Pies
MENU:
Signature Cocktail: Scotch and Soda
“Red Line”- Cranberry Infused Ezra Brooks Straight Rye, Barrel Aged Scotch & Soda House Amaro, Cinnamon Syrup, Lemon
Passed Canapes: Travis McConnell (Pressroom) and Tim Ordway (The Holler)
Country ham with Ginger + Black Apple Butter, Orange Gremolata on Rye Crostini
Rafael Rios (YeYo’s)
Rios Farms Hush Puppies
Hot Appetizers: Matt McClure (The Hive) and Luke Wetzel (Oven and Tap)
Autumn Squash Fritter with Salsa Macha & Cilantro
Main Course: Matt Cooper (Preacher’s Son) and William McCormick (Eleven)
Akaushi Beef Short rib with root vegetables Side of Fat top Farms mushrooms with ricotta
Main Course:  Rob Nelson (Tusk and Trotter/ Butcher and Pint) and Justus Moll (River Grille)
Sous vide baby carrots, roasted cauliflower, and marinated mushrooms on a bed of red lentils and mustard greens finished with a smoked vegan Demi glacé and topped with pumpkin seed granola
Dessert: Vince Pianalto (Brightwater: A Center for the Study of Food)
White Chocolate Mousse with Coffee Cream, Chocolate-Cardamom Sponge, Caramelized Nibs, Cocoa Tea Syrup and Bruleed Orange Segments
Signature Dessert Cocktail: Markham and Fitz
“Spiced “Markham & Fitz” Russian”- a spin on one of our classic menu items, and a blend between a white and black Russian
RELATED:This is How We Roll in Autumn

Iconic Wings Over the Prairie Festival Postponed Until 2021
September 17, 2020