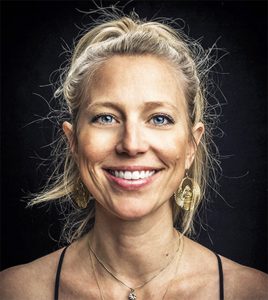 Filmland is set to be the flagship program for the Arkansas Cinema Society. However, it’s not a festival, according to ACS Executive Director and Founder Kathryn Tucker. Instead, it will be a curated program that is only one part of ACS’s mission. “Every year, we will try to put on a ‘festival-type’ event. It will be three to five days of curated films and an Arkansas program,” Tucker says.
Filmland is modeled after Ebertfest, a film festival founded by Roger Ebert in Champaign, Ill. At both Ebertfest and Filmland, all of the films are shown in the same location, one at a time. The lack of cross-programming, according to Tucker, helps the festivalgoers develop a greater sense of community.
Movie lovers will have plenty of curated films to watch this year, with works ranging from locally made Arkansas dramas to Hollywood comedies. After each film, the filmmaker(s) will sit down with Jeff Nichols, an acclaimed filmmaker and one of ACS’s founders, to discuss the film and the story behind its making.

One of the most exciting elements of Filmland will be the Arkansas-made program. Featuring four feature-length films made in Arkansas and a block of Arkansas shorts, this program is a must-see for anyone interested in local filmmaking. “I feel like that component [the Arkansas-made program] is the most important for our community to see one another and celebrate each other’s work,” Tucker says.
Those looking to have their funny bone tickled can sit in on the Filmland Comedy Panel, which will feature Mary Steenburgen, Will Forte, Kristen Schaal and others. The panel will be followed by a screening of The Last Man on Earthepisodes and the film MacGruber.
Make sure to get tickets for the opening night show of The Newton Boys, a 1998 film starring Matthew McConaughey, Ethan Hawke, Skeet Ulrich and Vincent D’Onofrio. The film’s director, Richard Linklater, will be on hand to discuss the movie with Nichols.
Linklater’s presence is important, considering he founded the organization – the Austin Film Society – that inspired Nichols and Tucker to create the ACS. Following the Austin Film Society’s example, ACS is designed to serve as an umbrella organization for Arkansas filmmakers. Nichols and Tucker, who both hail from Arkansas, founded the organization to provide a greater sense of community for film lovers and filmmakers in the Natural State.
Tucker hopes to increase ACS’s offerings as the organization moves forward to provide more opportunities across the state. While Filmland will be a major part of what ACS does, she wants screenings to happen across Arkansas for more residents to see.
“We want this to be more of an umbrella organization. We didn’t want it to be just central Arkansas,” she says. “We want to have screenings all over the state. We want to have year-round screenings. “We think it is more sustainable if we have more of footprint.”
The ultimate goal, though, is to inspire new voices to take up filmmaking. “Hopefully, we inspire new people to make films in Arkansas,” Tucker says.
For more information or to reserve tickets, visit Filmland 2018 at Arkansas Cinema Society!
Check out even more great art and music events going on this weekend!
(Images courtesy of Arkansas Cinema Society)