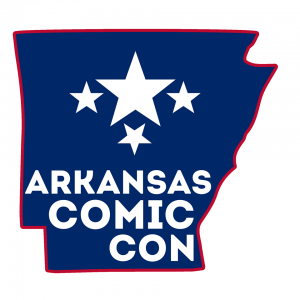 The annual fest of fandom is again touching down at the Statehouse Convention Center in Little Rock this weekend, with a number of vendors, high-profile guests and activities for all to enjoy.

In fact, the guest list at this year’s iteration may be one of the most prolific in the event’s history, and serves as further proof that these events are not just for those with a healthy taste for comic books – there is a flavor for everyone’s palette 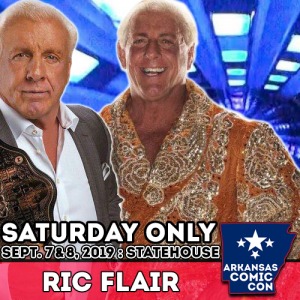 Like Ric Flair, the “stylin’, profilin’, limousine riding, jet flying, kiss-stealing, wheelin’ and dealin’ son of a gun,” who is highly regarded as one of the greatest professional wrestlers ever in the WWE. Flair will only be around on Saturday, however, so make sure to keep that in mind if a meet-up with the “Nature Boy” is at the top of your agenda. Flair will be available for $60 autographs, $60 selfies or $100 for a combo. 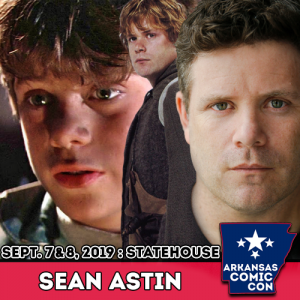 Sean Astin is another top charter of the guest list this year, a fan-favorite actor in classics such as The Goonies, Lord of the Rings and more recently Stranger Things. Astin also has a storied voice-acting career, most notably for playing Raphael in various iterations of Teenage Mutant Ninja Turtles, including the TV series from 2012-2017 and multiple video games. Catch Samwise at the event either Saturday or Sunday, who will be available for $60 autographs. 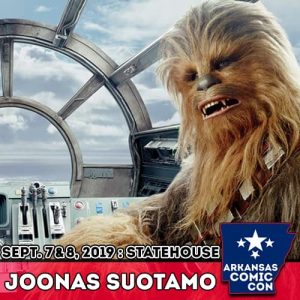 “AAARARRRGWWWH.” Chewbacca himself is also lumbering his way to downtown Little Rock this weekend, in the form of Joonas Suotamo, the actor who inherited the role in the current Star Wars trilogy from the late Peter Mayhew, who sadly passed away earlier this year. Suotamo will be available for professional photography sessions at 3 p.m on Saturday and 1:40 p.m. on Sunday. I like that Wookiee. 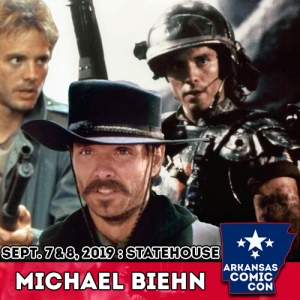 Justice is coming in the form of Johnny Ringo, er, Michael Biehn, who played Ringo in 1993’s Tombstone. Biehn has also helmed roles in sci-fi classics such as Kyle Reese in The Terminator and as Corporal Hicks in Aliens. Biehn is available both days of the event for $50 each for either a selfie or autograph, or $80 for the combo. 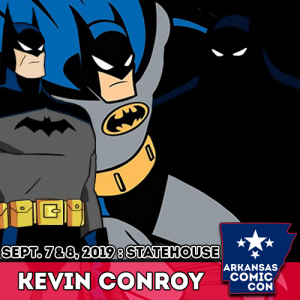 And what is justice without a little vengeance? Batman is coming, or at least, his voice. Kevin Conroy has played The Dark Knight for longer and more often than any other, and for many, is the voice most associated with the caped crusader. The voice actor first donned the cowl in 1993’s Batman: The Mask of the Phantasm, and went on to voice him in Batman: The Animated Series, which all but staked his claim to Gotham’s throne. Since then, he has played Batman in multiple TV shows, movies and video games. Conroy is available for $40 autographs or selfies, or $60 for both.

There will also be dozens of vendor booths filled with all kinds of pop-culture items for purchase, including comic books, t-shirts and more.

The Arkansas Comic Con will commence on Saturday September 7 from 10 a.m. to 6 p.m. and Sunday September 8 from 11 a.m. to 5 p.m. Admission is $30 per day or $50 for the weekend at the door, or for a pre-sale discount at $25/day $40/weekend through September 6. These advance tickets can be purchased through Eventbrite.

UPDATE: Ric Flair will not be attending this year’s Comic Con.