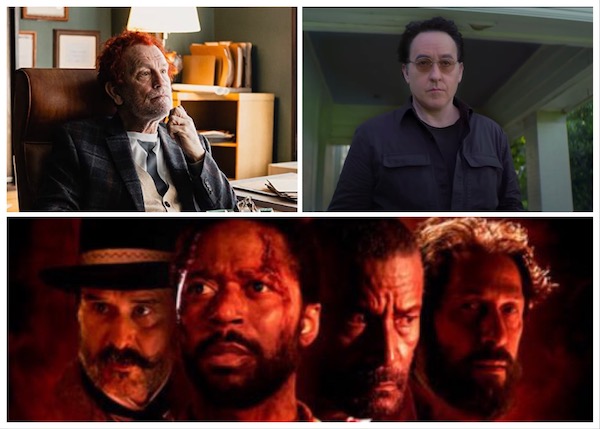 USA Today released a list of “all the movies you’ll want to watch in 2022” this week. Among these highly anticipated films generating buzz include several that were filmed in Arkansas.

Ghosts of the Ozarks, which made a splash of news for being one of the first movies approved for production during the pandemic, was filmed in Trumann. Starring Tim Blake Nelson and David Arquette, the movie centers around a ghost story set in post-Civil War Arkansas. It was produced by Arkansas’ Christina McLarty Arquette, David Arquette and Michael May.

The movie releases in theaters and on-demand on Feb. 3. Watch the trailer here.

Pursuit, which stars John Cusack and Emile Hirsch, was filmed across Central Arkansas, on location in spots such as Lonoke and downtown Little Rock. The film is an action drama following a crime boss, his son, the police and a drug cartel.

It releases in theaters and on-demand on Feb. 18. Watch the trailer here.

Chariot was the third and final Arkansas-made flick to make the USA Today list. It stars John Malkovich, Rosa Salazar, Scout Taylor-Compton and Shane West. The movie is a science fiction tale about reincarnation and a doctor who encounters a man who is a glitch in the system.

It releases in theaters and on-demand on April 15. The trailer has not yet been released.

These three productions follow the trend of the state’s budding film footprint and further cement Arkansas’ place on the map as a destination for filmmakers.