The story of Bruno’s Little Italy lies in the namesake surname’s family’s history book. Three Bruno brothers emigrated to the United States from Naples, Italy, by boat in the early 1900s. But Ellis Island was not the last stop for the Bruno family. It was Vincent “Jimmy” Bruno, the son of Giovanni (one of the original brothers Bruno) who would go on to found Bruno’s Little Italy in Little Rock, shortly after being stationed at Camp Robinson in North Little Rock.

After a few closures and location transitions, the favored Italian joint now sits on Main Street in downtown Little Rock, where it was reopened in 2013. It is run by the late-Jimmy’s sons, executive chef Vince Bruno and Gio Bruno. The pair holds true to not only the cuisine style but also the proud family name. 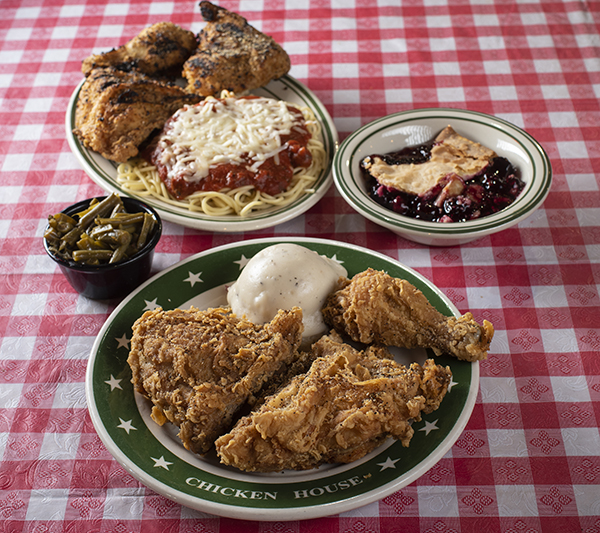 Back when Highway 71 in Springdale was little more than a dirt road, AQ Chicken House first opened its doors to the public by founder Roy C. Ritter. Now more than 70 years later, the poultry phenom serves up chicken to more than one million customers per year.

Now led by owner Dick Bradley, the restaurant boasts a menu with something for everyone, including smoked ribs, homemade spaghetti and catfish. But the specialty is, undoubtedly, the name on the front of the coop — chicken. From the famous, boneless, pan-fried variety to tenders and chicken sandwiches, they serve it up in just about every way imaginable.

If you ask them what “AQ” stands for, they’ll tell you proudly: “‘Arkansas Quality,’ and you’ll find it in every bite you take.” 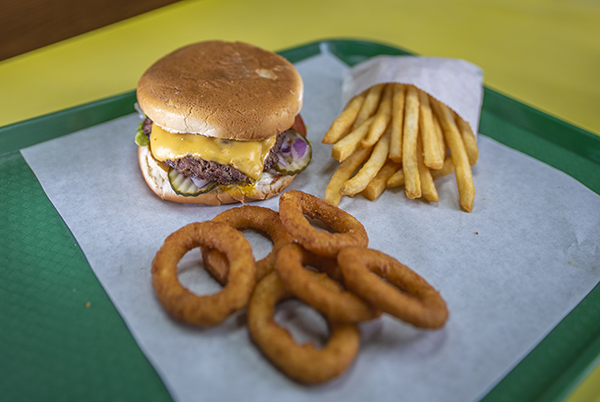 This is not the Whataburger chain from Texas, despite the phonetic similarities. Feltner’s Whatta-Burger is an Arkansas original, through-and-through; a burger godfather that has been serving up patties of beef for more than 50 years.

According to Whatta-lore, before opening the restaurant, Feltner plopped down in a chair on the side of the road and counted cars to make sure that he was making the right decision. History would prove that he did.

What started as a humble, take-out only stop has now expanded to include a full, sit-down dining room that many Arkansans beyond just Russellville have frequented often. 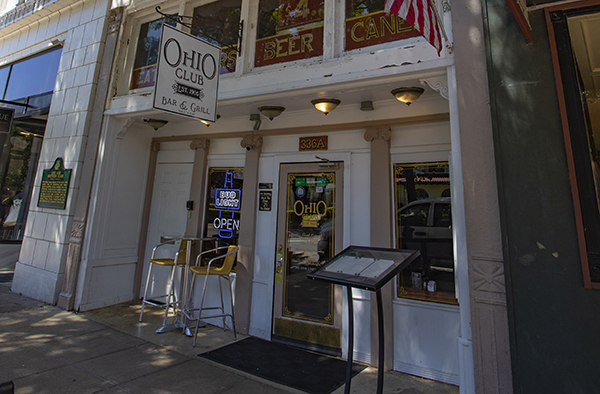 The Ohio Club is Arkansas’ oldest bar, a claim that is not taken lightly, nor for granted. It all started in 1905 in what was originally a bar and casino that became a magnet for travelers from all over the country. And given the time of history, it might be easy to guess some of the highest profiled clientele. The likes of Al Capone, Bugsy Segel, Lucky Luciano and Bugs Moran are some of the most famous gangsters that frequented the joint. Babe Ruth was also a storied visitor.

Over the years, the bar battled prohibition, becoming a speakeasy and cigar store for a spell. But it never shut its doors and continues to be one of the best nights in Hot Springs, after all this time. 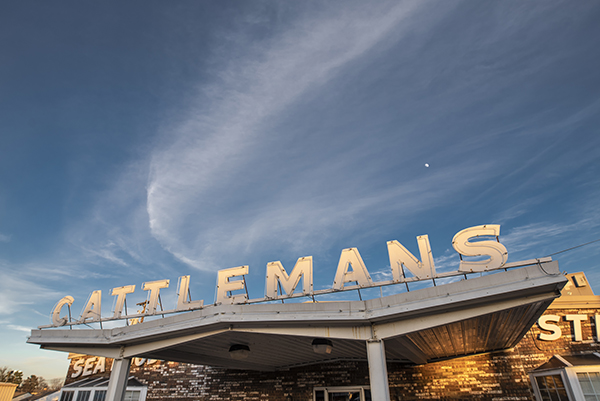 Propping up the Arkansas side of State Line Avenue is Cattleman’s Steak House, a family operated business for almost 60 years.

Originally founded by Roy Oliver when State Line was merely a two-lane stretch surrounded by woods, the restaurant now makes up the heart of Texarkana. But through all the metro-advancements of the state-edged city, Cattleman’s remains relatively unchanged. Still an Oliver family heirloom — now run by Roy’s son, Joe Neal — and still serving up juicy hunks of beef and succulent seafood. Eastward and westward travelers of Interstate 30 know this Texarkana tradition as well as any. 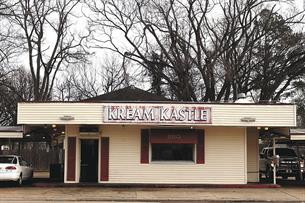 When Steven Johns, the son of first-generation Lebanese and Syrian immigrants, first opened Kream Kastle, its menu was notoriously simple: hot dogs, hot dogs with chili and hot dogs with chili and onions — window service only. Just three years later, he had added a barbecue pit and was serving the pig sandwiches that originally put the drive-in on the map. With this new attention, Johns expanded the service to that of a full-fledged drive-in with white-uniformed carhops who would take and run orders.

Today, the daughter of the now-deceased Johns, Suzanne and her husband Jeff Wallace, run the show which now includes a “sit down” room. They continue to operate the business as her dad would have it and still, only accept cash or check. 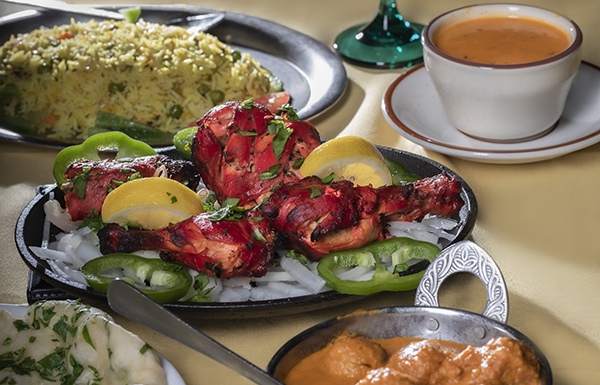 When it comes to Indian food in the Capital City, Star of India is in a class of its own. Founded by Sami Lal in the early 90s, a chef with over 30 years of culinary experience, the restaurant is a staple for authentic North Indian cuisine.

But the reason people come back goes beyond just the delectable nature of the food served. Lal and the rest of his staff have created an incredibly unique atmosphere with an unmatched ambiance and comfortability. The air subtly features Hindi instrumental music, the tables are adorned with candle lights and Lal makes a point to befriend everyone who walks through the front doors. 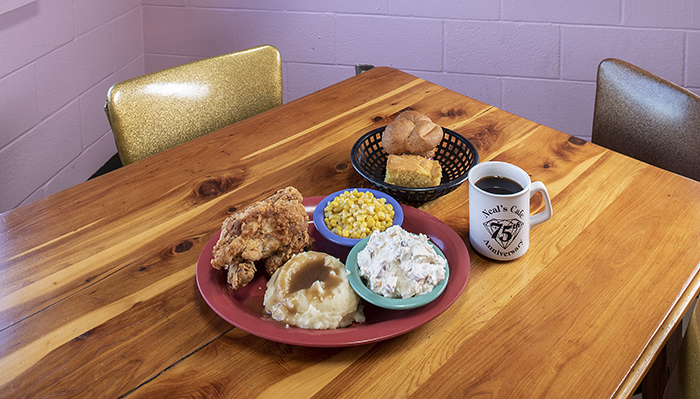 For over 70 years, Neal’s Cafe has staked its flag as a model for all other cafes in the state. Founded in the 1940s by Toy and Bertha Neal, it is a cultural and culinary landmark of Northwest Arkansas.

Neal’s is one of those places where it is hard to narrow down the crowd favorites. The breakfast spreads are chattered about for miles, but so too are lunch and dinner. The chicken fried steak turns heads, along with the meatloaf and chicken and dumplings. Its walls are filled with taxidermied elk and deer heads, rifles and a stone fireplace. It’s an amalgam of everything that is good about old-fashioned, country cooking. 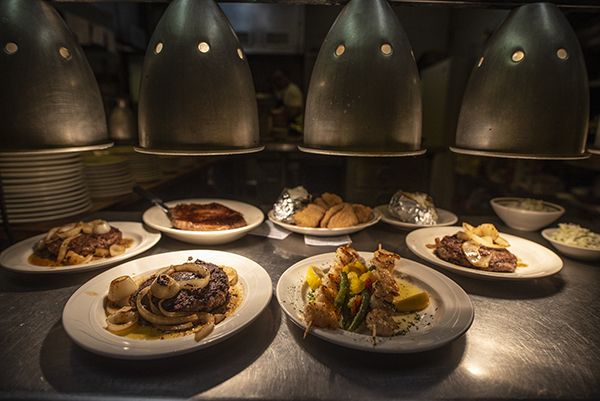 Founded in the 60s by Olden Murry, Murry’s Restaurant is the epitome of what outsiders may call a southern secret. The place does not even have an official address, by most accounts. Simply travel down Highway 70, and somewhere between Carlisle and Hazen, you’ll find it.

And when found, it is easy to see what all the fuss is about, and why Murry’s has clout that stretches well beyond the Natural State. There are chicken fried steaks, homemade onion rings, hushpuppies and t-bone steaks that should not be overlooked. But the fried catfish is legendary and is what most people have been making the drive for over a span of almost 60 years. 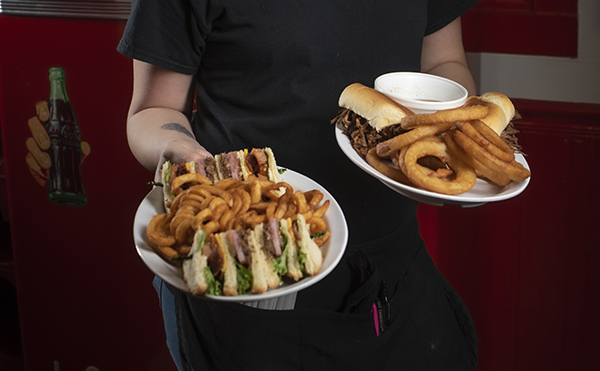 More than 75 years later, not much has changed at Ed Walker’s, as the staff aspires to emulate an experience that replicates the 1950s for each of its many customers. It still boasts the carhop service, with a sign overhead the curbside that simply states, “Flash headlights for service.” And it is still serving up some of the best food around.

Originally a gas station during WWII, there was a quick evolution to add a food menu and become a hamburger stand. Today, the burgers are still a favorite, but the menu is filled with other offerings such as hot dogs, fish, salad, blue plate specials and the world-famous French dip sandwich.