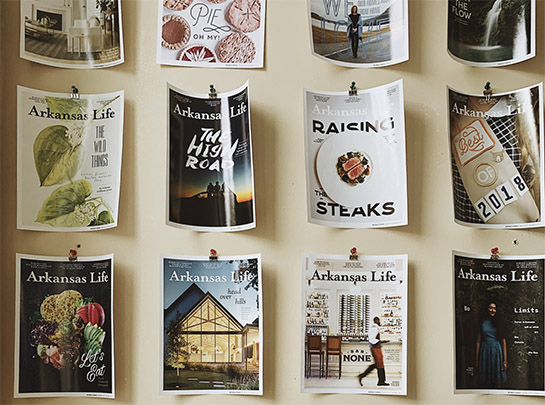 Arkansas Life will be closing its doors due to economic factors.

The monthly print and digital magazine, published by the Arkansas Democrat-Gazette, announced that Monday, July 13 that it will be its final day of operation. Via social media platforms, Arkansas Liferepresentatives said the closure is a “financial necessity resulting from the current economic crisis.”

Published since 2008, Arkansas Lifeunveiled a “hybrid print-and-digital” modelin January 2019 after facing the possibility of closure. In this hybrid model, the magazine remained monthly with four printed issues per year.

In a written statement, the Arkansas Life staff wrote, “To work for this magazine in this state at this time is the greatest job in the world. Not only because this magazine is, objectively, the best in the state, but because of all the opportunities it affords to tell stories about this place that so many people are proud to call home, a place that never ceases to surprise you at every turn.

We wrote that it was special and that we weren’t ready to see it go just yet—that we’d try to save this thing that we all loved so fiercely.

Today, our hearts are breaking. Because today marks the last day of Arkansas Life.

“It is a very sad day for us at AY Media Group,” AY About You editor Dustin Jayroe said. “Arkansas Life was a model publication and regularly produced quality work that should serve as an inspiration to journalists and writers everywhere. Our hearts and thoughts go out to the talented staff.”

Print media has become increasingly under siege in the past decade with subscriber bases and print counts falling. According to Peter Houston in the Media Moments 2019 report, there were only 481 million magazines sold in 2019, which is 60 percent less than 2005. In addition, one of five local papers have closed in the United States since 2004 with weekday print circulation falling 12 percent in 2018.

Print media has suffered heavily in the wake of the COVID-19 pandemic. According to the Poynter Institute, an organization focusing on advancing journalism, more than 100 newspapers and magazines have suffered significant cuts, furloughs and closures during recent months.

During the coronavirus crisis, there have been record levels of online traffic for news and magazine publications, but this boom has been attended by a precipitous drop in advertising revenue for many companies. The Neiman Lab profiled the catastrophic effects the pandemic would have for local newspapers and alt-weekly papers. Taking the case of Seattle’s alt-weekly paper The Stranger, the profile notes that 90 percent of the publication’s revenue came from advertising and fees connected to individuals gathering as groups. Newspapers and alt-weeklies are not the only victims of the pandemic – the Neiman lab article states that city magazines, local news and arts sites will be affected to some degree. “All local print and digital media will face some version of this pain; alt-weeklies are just the first canary to feel woozy,” the article reads.

Some publications are attempting to stave off closure or cuts by requesting donations or using new revenue models. During its first closure crisis in 2019, Arkansas Lifelaunched a campaign to increase its number of paid yearly subscribers. Before the campaign, Arkansas Democrat-Gazettepublisher Walter Hussman said the magazine had “accumulated significant losses” and could not sustain its business model.

More than 1,000 individuals subscribed to the magazine by Jan. 18, 2019, providing a reprieve for the magazine.