While scrolling through the feeds of popular Instagrammers, it is easy to spy iconic landmarks and imagery from around the world. From the reddish hue of the Golden Gate Bridge in San Francisco to the Eiffel Tower located in the sprawling metropolis of Paris, France; from the infamously “closed” Vance Creek Viaduct Bridge high above the treetops in Washington; to the ancient, mountainous city of Machu Picchu in Peru; all of these landmarks create a definitive sense of place, and they are uniquely recognizable around the globe.

Through the connective power of Instagram, Arkansas’ stunning natural beauty has begun to make a global name for itself. In the last couple of years, several Instagrammers from Arkansas have been named Suggested Users by Instagram, which means that they are on a short list of accounts that are automatically suggested by the application to new followers that join the platform.

Becoming a Suggested User often leads to tens of thousands of new followers and immeasurable global exposure. All of this recognition for the photographic talents of Arkansas Instagrammers has shed light upon the once unknown Natural State. Now, it is all too common to see comments like “Wow! Arkansas is beautiful, I hope to visit there one day!” from people in Brazil, the United Kingdom, Australia and beyond.

So, which of Arkansas’ landmarks have been made Insta-iconic? 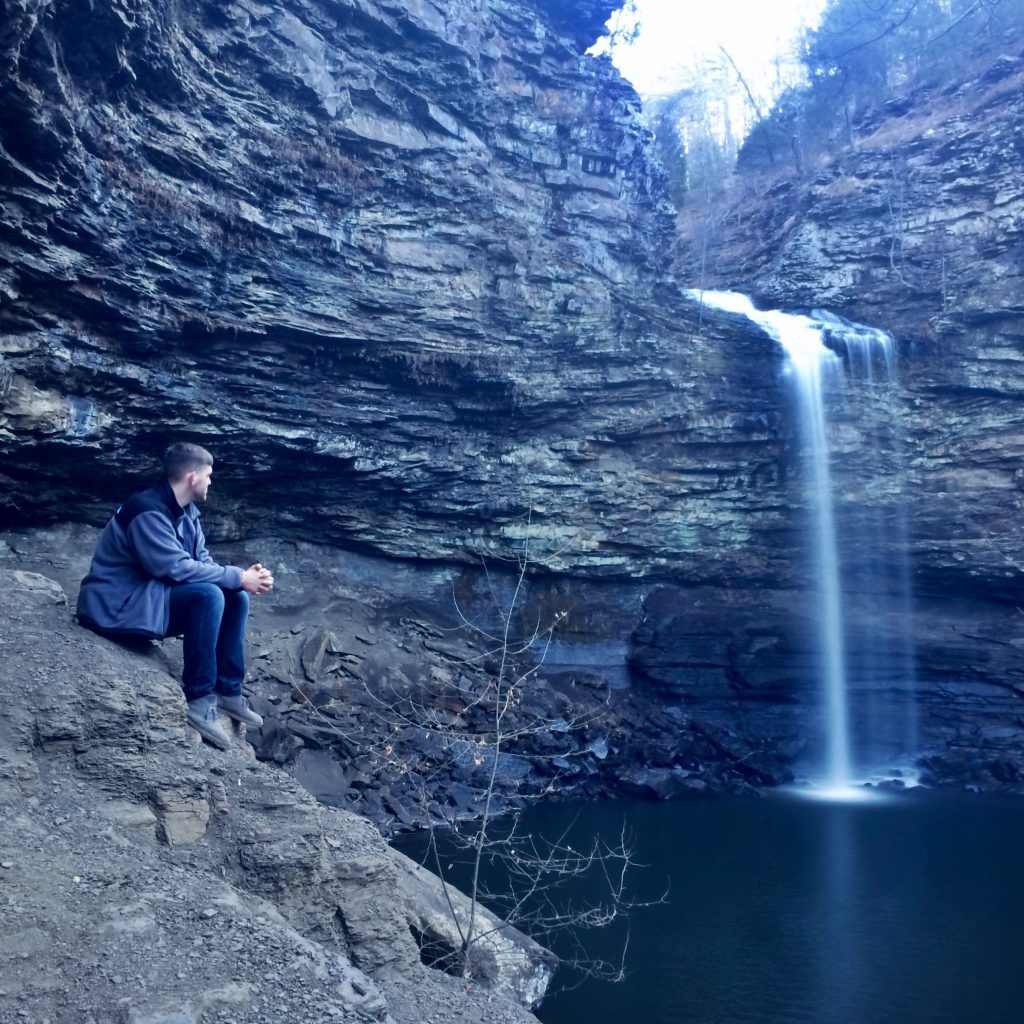 Petit Jean State Park, Morrilton
Located northwest of central Arkansas, this trail has always been a favorite for locals and tourists. Searching for “Petit Jean State Park” on Instagram leads to an expansive gallery filled with hundreds of photos of Cedar Falls, trails around the park and stunning views from the mountain’s overlooks, most of which involve a breathtaking sunrise or sunset. 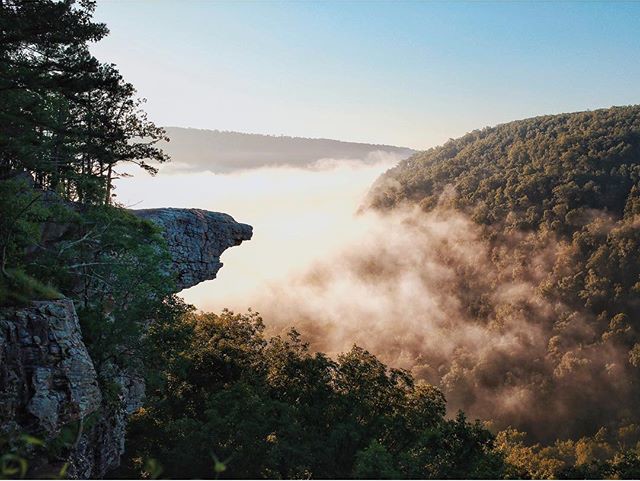 Hawksbill Crag/Whitaker Point, Ponca
It wasn’t until I started following fellow Arkansas Instagrammers a couple of years ago that I found out about Hawksbill Crag and discovered how popular it truly is. A glorious, singular, rocky cliff extends outward into a picturesque, almost too-good-to-be-true background of tree-covered hills. When the time of year is just right, the sun illuminates the point perfectly for a photo op and, because of all of the photos that have been taken there, the local Instagram community has most certainly drawn international attention to Hawksbill Crag in all its glory. 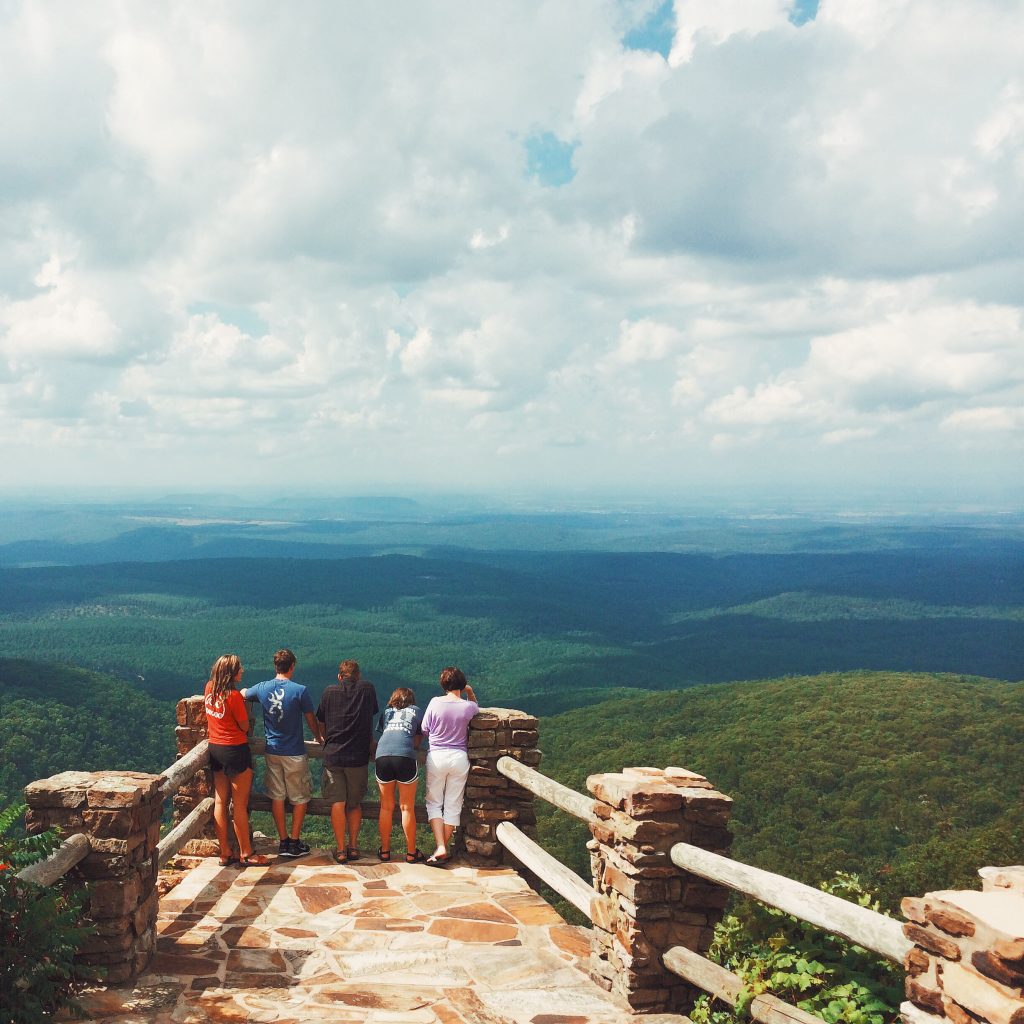 Photo by @maurensparrow. Processed with VSCOcam with c2 preset.

Mount Magazine, Mountain
Arkansas’ highest point, Mount Magazine offers breathtaking views, and is a short drive from another local favorite, Mount Nebo. Both mountains have definitely become popular locations for local Instagrammers. Most notably, Mount Magazine is home to a tree that clings to the side of the mountain. Located outside of the lodge, the tree is an absolute must-shoot for people trying to capture Arkansas’ most famous spots. 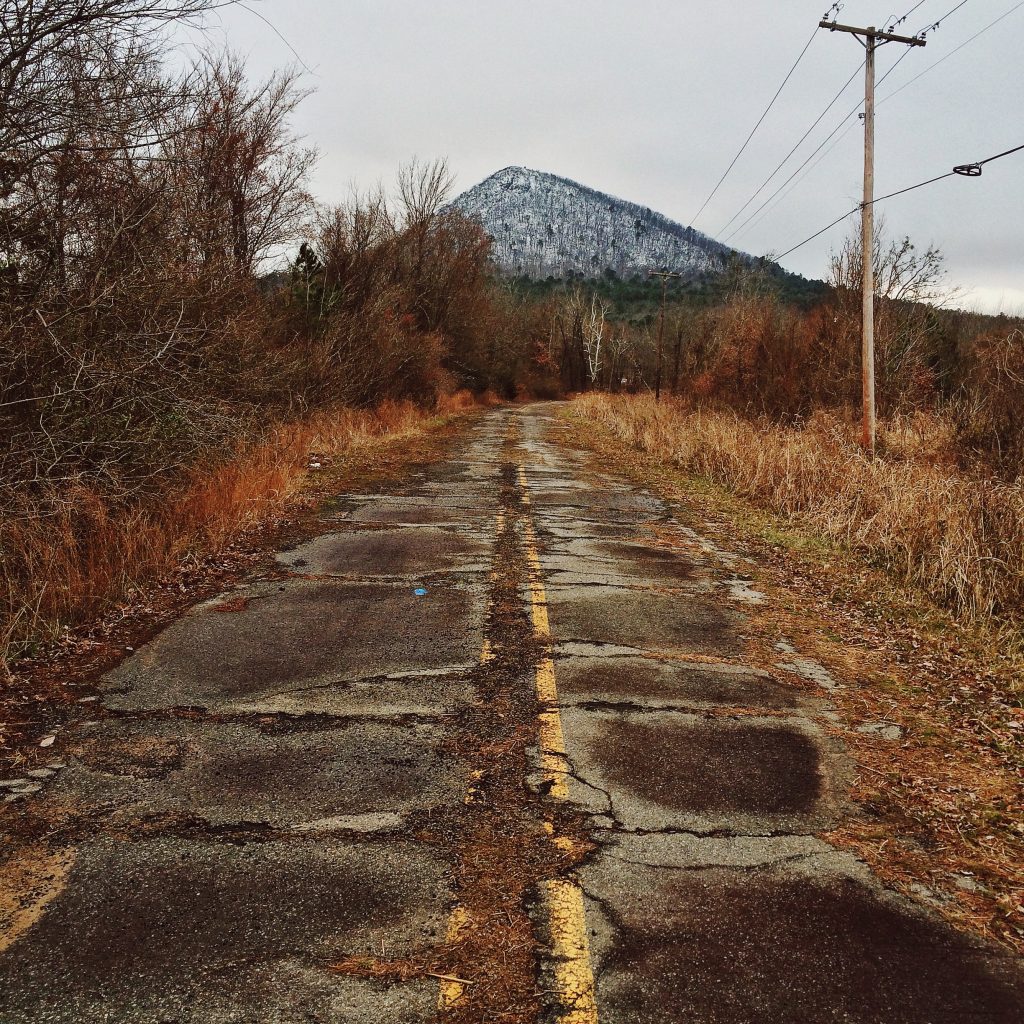 Photo by @maurensparrow. Processed with VSCOcam with 10 preset. 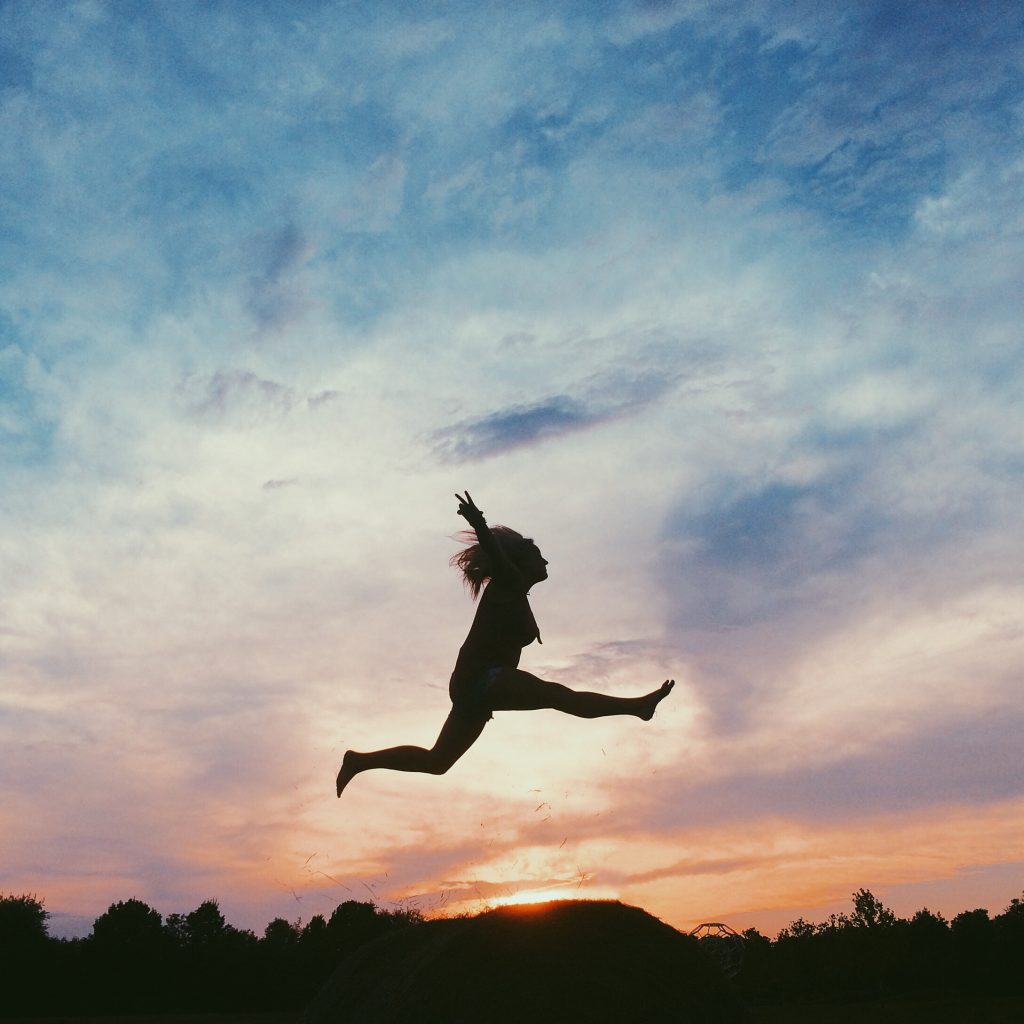 Crystal Bridges, Bentonville
Since its opening four years ago, Crystal Bridges has swiftly gained international acclaim for its renowned art collections, and has subsequently attracted Instagrammers from all around the world to snap shots within and outside of the gallery. The large, twisted metal tree at the front door, the metal statues wielding hay, and the lush grounds surrounding the compound are just some of the frequent subjects of the “Crystal Bridges” geotag on Instagram.

Now these are just a handful of Arkansas’ most Instagramable locations, and part of what makes our state so unique and photogenic. In my next post, I’ll make sure to cover a second round of favorite locations that everyone should try to visit, and maybe even snap a couple pictures while I’m there!