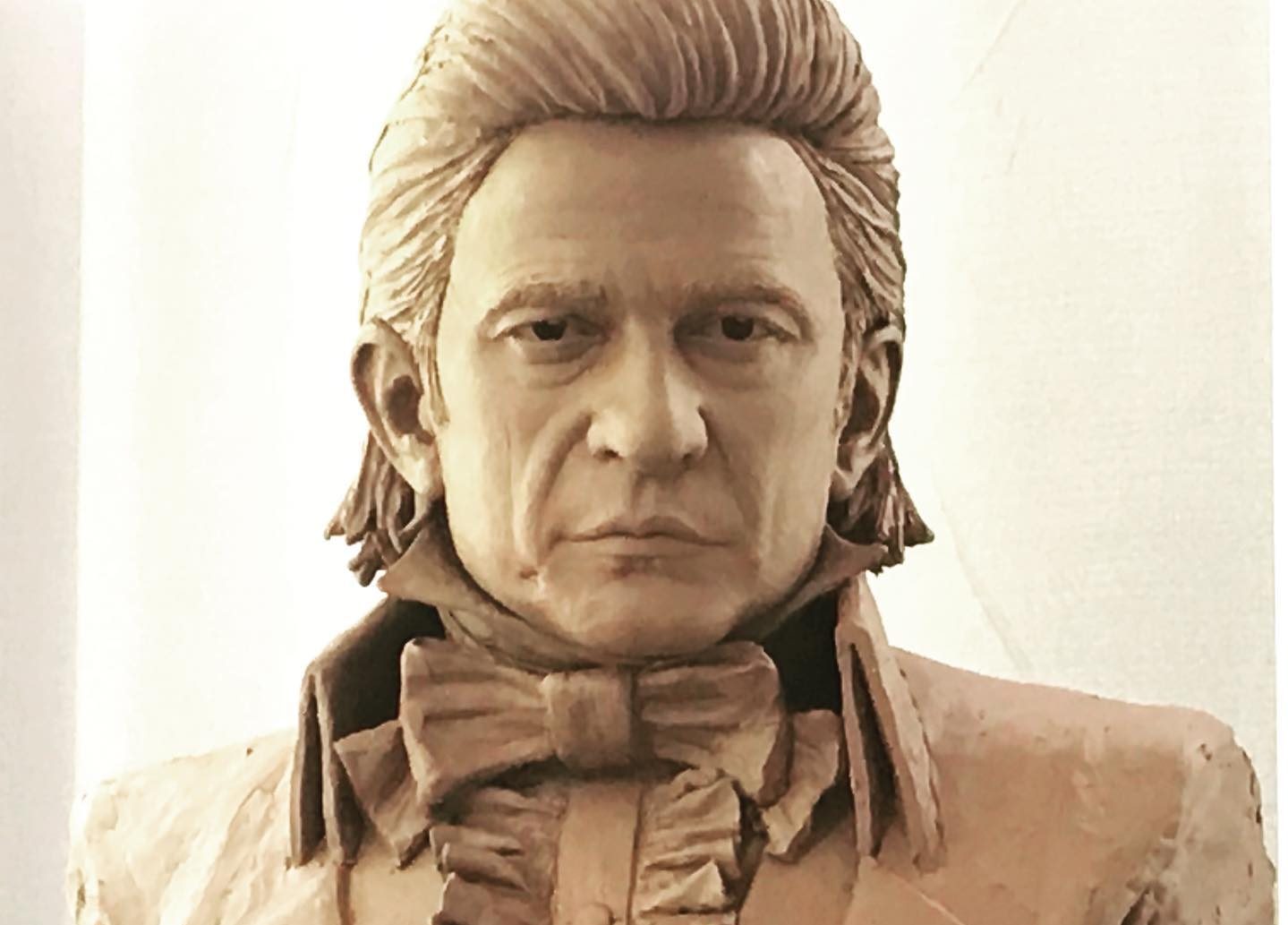 After two years since Gov. Asa Hutchinson signed off on legislation to replace the current statues in the National Statuary Hall Collection in the U.S. Capitol, local artist Kevin Kresse has been chosen to design and create a statue of musician Johnny Cash.

“This is the biggest day in my art career,” Kresse said in a Facebook post. “I’m truly honored to have been chosen to sculpt Johnny Cash for the U.S. Capitol in [Washington] D.C. Proud to be a native son, representing an Arkansas icon and personal hero in this project.”

Kresse has spent the past two years sculpting Cash, and he has done his research on the country music icon. “I probably read seven to eight books, [looked] at documentaries and countless videos on YouTube,” Kresse said in another statement.

The second sculpture to represent Arkansas in the U.S. Capitol is civil rights activist Daisy Bates, which will be sculpted by Benjamin Victor of Boise, Idaho. Bates and Cash will replace former Arkansas Gov. James Paul Clarke and 19th-century attorney Uriah Milton Rose. The Cash sculpture is expected to be completed and in the Capitol by the end of next year.

Kresse has works all around Arkansas, including the Dogtown Proud mural and Mother Earth Fountain, both of which are in the Argenta Arts District in North Little Rock.

“I have to be honest here, if it had been anyone else, I don’t know, a politician or a business leader, whatever, I would’ve been honored to do that as well,” Kresse said. “But to have it be in this wheelhouse of my passions for these Arkansas musicians. It goes beyond the cherry on top.”