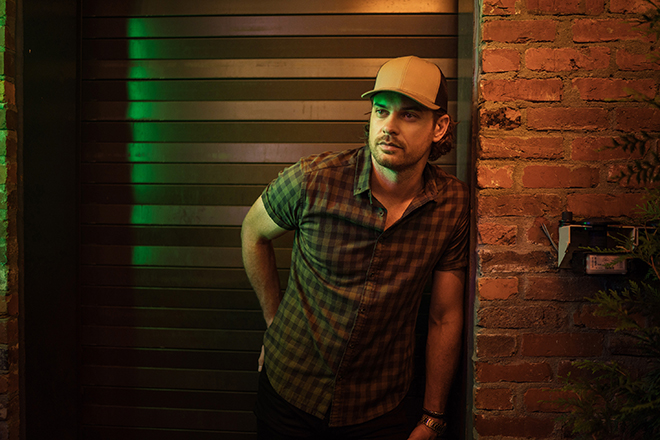 Now based out of Nashville, Tenn., the Center Ridge native began 2020 ready to go on tour after his most successful year yet. His single “Prayed for You,” was a massive hit after debuting at number one on the Billboard Country Airplay chart and gaining the RIAA platinum certification. He released his EP “Everything But This” in December 2019 and was  prepared to perform around the country.

The coronavirus pandemic put his touring plans on hold, but Stell hasn’t let that stop him. His upcoming EP “Better Than That” has been nearly a year in the making. Stell wrote five out of the eight songs on the album, and he hopes to show listeners a new depth to his music.

“I love ‘Prayed for You,” but that’s just one thing that we do,” Stell says. “I’m influenced by more than just country music. I grew up listening to indie music, so I also have that independent streak.”

His interest in other genres comes through in his music. Stell compares his process of creating music to throwing all of his influences into “a big stew” and seeing what comes out. Some of those influences include hip hop and rap, bluegrass, and of course, country.

“This project took us a long time, and it takes a long time to hone your sound,” Stell says.

The title track on the EP is one piece of Stell’s careful process. He wrote and co-produced the song a year ago, but decided it wasn’t quite right for his previous album. After returning to the recording studio this spring, Stell realized he had been sitting on a hit. “Better Than That” is now Stell’s favorite song to play on the album. He released the song in September.

Stell’s video for the song “If I Was a Bar” also allowed him to show his creative side. Stell played thirteen different characters throughout the three-minute video, which came out in June. The video is partially a product of the pandemic, as social distancing requirements limit the number of people on a set, but Stell hopes “If I Was a Bar ” gives audiences a look into his multifaceted talent. He also had a lot of fun filming it.

“I felt like I was Eddie Murphy in Coming to America playing all of those different characters,” Stell jokes. “I stuffed my truck full of clothes to wear for the video.”

Stell is currently scheduled to perform at the Oceanfront Bandshell Entertainment Series in Daytona on Nov. 14, but shows now look a bit different. Masks will be required, and the outdoor venue will use partitions to keep concertgoers separate. Stell is just hoping to get back on the road to tour again as soon as possible.

“I’m really looking forward to getting back around home in Arkansas,” Stell says. “I’m cautiously optimistic that we’ll be playing and be able to get back out there next year.”

Matt Stell’s new album “Better Than That” comes out on Oct. 16.