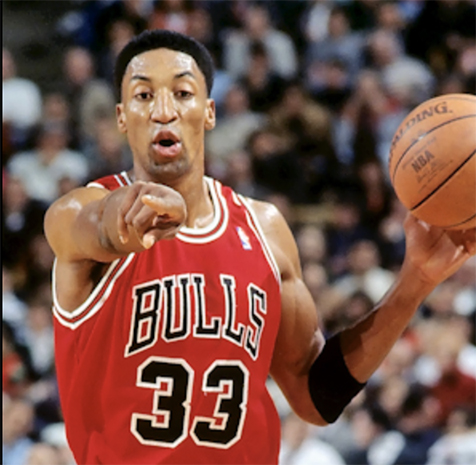 Last week ESPN began its airing of the 10-part documentary series “The Last Dance,” which chronicles the Chicago Bulls’ 1997-98 championship season, which put a cap on a second three-peat. The Bulls won their third-straight title for the second time, but it signaled the end for Coach Phil Jackson and Bulls stars Michael Jordan, Dennis Rodman and Hamburg native and University of Central Arkansas alum Scottie Pippen.

The series was highly anticipated and watched with the sports world on hold with the COVID-19 epidemic. Pippen found himself back in the headlines this week as his feud with late Bulls general manager Jerry Krause was highlighted prominently in the second episode.

I had some real issues with how Pippen was portrayed and the reaction from his teammates. However, let me first say, I’d have liked to have heard from Krause. He can’t defend himself, so a lot of this is one-sided, but his ego and “Little Big Man” syndrome was well-documented before his death. It’s easy to see how little respect he had from some players as Jordan is shown on camera making fun of Krause’s obesity and short stature.

So, having said that, here’s my take. Pippen came from a family of 12 in tiny Hamburg. I had the pleasure of traveling through there this summer. It’s what you’d expect from a small, rural Arkansas town. It’s no wonder Pippen jumped at the chance to ink a big, long-term deal four years into his career. The Bulls, who acquired Pippen from the Seattle Super Sonics on draft night in 1987, signed Pippen to a seven-year deal worth $18 million.

A couple of interesting side notes there, one of which was included in the episode and one was not. What wasn’t included but is interesting to Arkansas sports fans is that Jimmy Sexton was one of Pippen’s agents. Sexton is known for high-profile football coaching clients such as Alabama Coach Nick Saban. The same Sexton who helped orchestrate Houston Nutt’s “golden handcuffs” deal at Arkansas as he departed for another payday at Ole Miss. Sexton also has made Auburn coach Gus Malzahn millions, apparently leading Arkansas on at least once in the process to get Malzahn a better deal at Auburn.

The point is Sexton is known for getting his clients the best contract and maybe even better than what they deserve. His reputation is impeccable. So, how in the world did he let Pippen sign such a suspect deal which eventually made him the 122nd highest-paid NBA player and sixth on the Bulls? Sixth on the Bulls? Wow. Pippen played on the Olympic Dream and was at Top 10 player in the league by most accounts.

The deal was so off that Bulls chairman Jerry Reinsdorf admitted on camera that he advised Pippen it might not have been a good deal for him. What? How does the owner of a team tell a player that might not be a good deal for him but let him sign it? Bizarre. How about not letting your GM offer up such a crummy deal? Reinsdorf reminded the Pippen camp that he was not big on restructuring deals, which is why he made the disclaimer. He knew Pippen would want more money later on.

Evidently, Pippen was worried about injury and wanted security for his family. That’s understandable, but it’s hard to believe Sexton couldn’t reason with him and convince him to sign a three-year deal for nine or 10 million, and after his status was really booming sign a mega deal. Nine or 10 million would more than taken care of his family. You could probably argue that in Hamburg, it would take a lot less than that.

And of course, Pippen became frustrated with the deal, and it led to friction with him and Krause. After Pippen helped the Bulls to four more titles it only got worse. After the Bulls won the 1996-97 title with the best record in NBA history, Pippen was taking questions from the media about a trade. Pippen struck back by delaying surgery on his foot until after the summer, rehabbing during the 97-98 season instead of before. That was a classic passive aggressive tactic, which reportedly got under Krause’s skin but also upset some teammates.

Jordan, for one, seemed frustrated by the decision. Steve Kerr also alluded to the team not playing well early because Pippen was absent.

The end of Episode 2 has Joe Kleine, former University of Arkansas star and Little Rock restaurateur, saying Pippen’s public berating of Krause may have divided the team.

Pippen may have been out of line screaming at Krause, but Krause didn’t treat Pippen well. It seemed as if he thought he could pull the wool over the naïve, small-town boy. There was mention of him being two-faced. I wouldn’t doubt he wore it as a badge of honor that he locked Pippen in at such a bargain rate that he was an elite player making a bench player’s salary after the cap exploded in the mid-1990s. That would wear on a person.

If Jerry West, the former GM of the Los Angeles Lakers, had worked such a deal with a complementary player such as James Worthy, there is no doubt he would have made things right. But unlike Krause, West actually played in the NBA and was known for his class.

So there was a rift. Jordan could have mended the fence. It’s hard to believe he got on to Pippen for berating Krause when he insulted him to his face regularly. That would be hypocritical. Jordan, and all of the Bulls for that matter, would have been irritated with being stuck in that contract with a stubborn GM. They all would have done the same thing. Jordan can say Pippen was selfish for not having the surgery earlier, but that’s easy when he’s enjoying a max contract and millions of dollars in endorsement deals.

All Jordan would have had to do is sit down with Krause or Reinsdorf and demand that Pippen be given a new contract. They would have most certainly listened to Jordan, and it would have been in Jordan’s best interest that Pippen be content. This was the least he could have done. If Jordan could go golfing on the day of a playoff game with Boston Celtics guard Danny Ainge, which is included in the documentary, he could at the very least go to bat for a teammate. The Jordan Rules were not just the principles by which the Detroit Pistons employed to beat him which will be featured on this week’s episodes.

In the end Pippen did get paid well, and it was a gesture by the Bulls and Krause that helped him. Maybe he felt guilty, but the Bulls structured his sign-and-trade deal with the Houston Rockets in 1998 where Pippen made close to $25 million more. That had Pippen singing a pleasant tune as he left Chicago.

“I would like to personally thank the Bulls organization for helping me through this period of free agency,” Pippen said in a January 1999 statement released by Sexton and other agent Kyle Rote. “I wish them the best because that is what Chicago deserves.”

Also Bulls teammate, John Paxson, who took over for Krause signed a 38-year-old Pippen for $10 million over two years. Pippen played only 23 games. Pippen did end up making a big payday thanks, in part to Krause, even though the Bulls didn’t pay him. Buy the way, the documentary didn’t include this info but NBC Sports Chicago detailed it in a report published this week.

Whichever side you take on the Pippen vs. Krause feud, we can all agree this is compelling television. Something tells me it is only going to get juicier for Pippen and Co.