Arkansas Post National Memorial is located south of Gillett in the Lower Delta region of Arkansas. The facility interprets the establishment of Arkansas Post in 1686 by explorer Henri de Tonti, making it the first semi-permanent French settlement set up in the lower Mississippi River. But the history of Arkansas Post is much more than the settlement…the Post’s location along the Arkansas River would become paramount as history was made over the next two centuries. 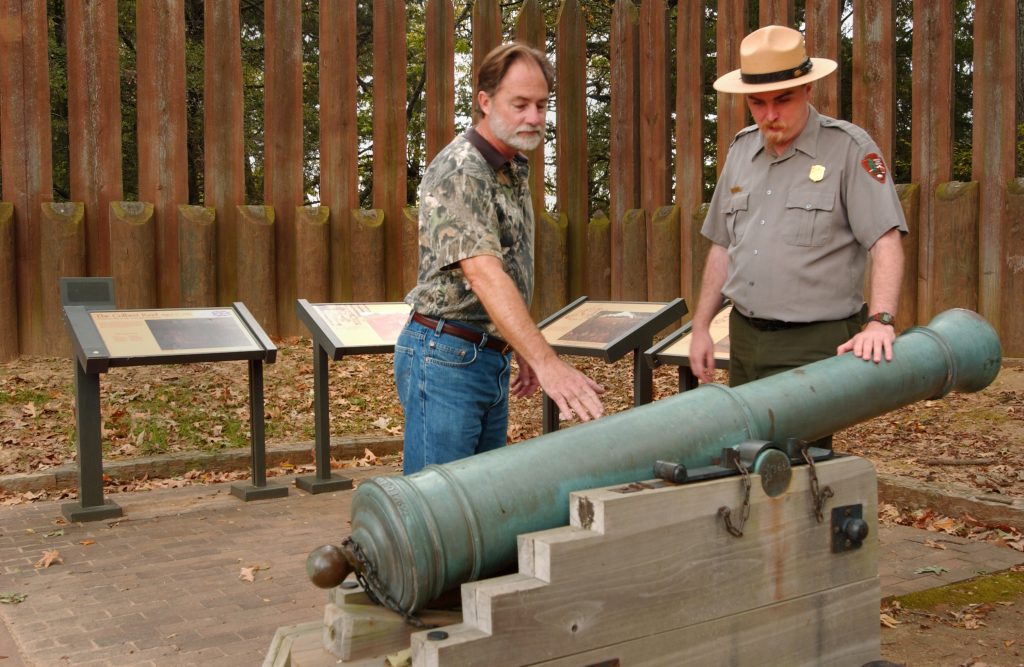 Henri de Tonti chose the site for a simple reason…its proximity to the Arkansas and Mississippi rivers. It became known as Poste aux Arkansas. Establishing Arkansas Post was one of the earliest steps in a long-standing struggle between France, Spain and England for control over the Mississippi River Valley.

The Quapaw Indians are believed to be one of the main reasons the settlement survived the early years. The Quapaw welcomed the creation of Poste aux Arkansas, seeing an opening to create trade opportunities and an alliance with the French. Scholars believe the original Post and its inhabitants would not have survived without assistance and supplies provided by the Quapaw.

During the next nearly 100 years, the Post would move locations and change ownership. In 1763, the French lost the Seven Years’ War and surrendered the western part of their territory to Spain. In 1778, Spanish King Carlos III decided to use the American Revolution to declare war on the British. The next year, the Post was moved to avoid flooding and a fort was built to protect the Spanish settlers, and was named Fort Carlos III. 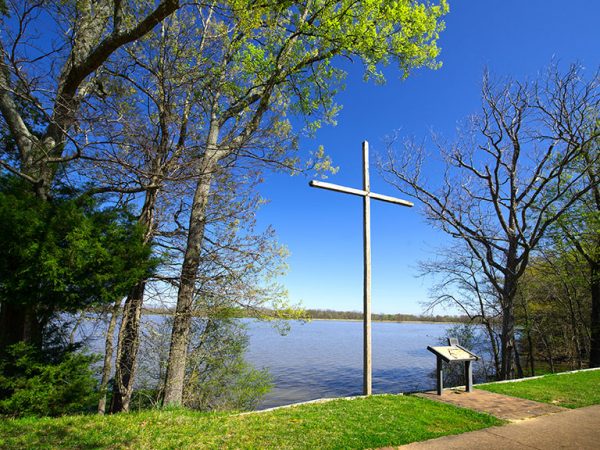 On April 17, 1783, former British Army Captain James Colbert, along with English soldiers and some Chickasaw allies, attacked Arkansas Post. Colbert’s main goal was to disrupt commerce transportation along the Mississippi River. The Spanish refused to surrender, and Colbert and his supporters fled down the Arkansas River. Although the Colbert Raid had a minimal effect on Arkansas Post, the attack has the distinction of being the only American Revolution battle to be fought in what is now Arkansas.

Due to the Louisiana Purchase of 1803, Arkansas Post was turned over to the United States in 1804. A military presence was established and the Post became an economic center in the region. In 1819, when the area became a part of the Arkansas Territory, Arkansas Post became the territorial capital. However, as settlers moved throughout the area, the capital was moved to Little Rock in 1821. 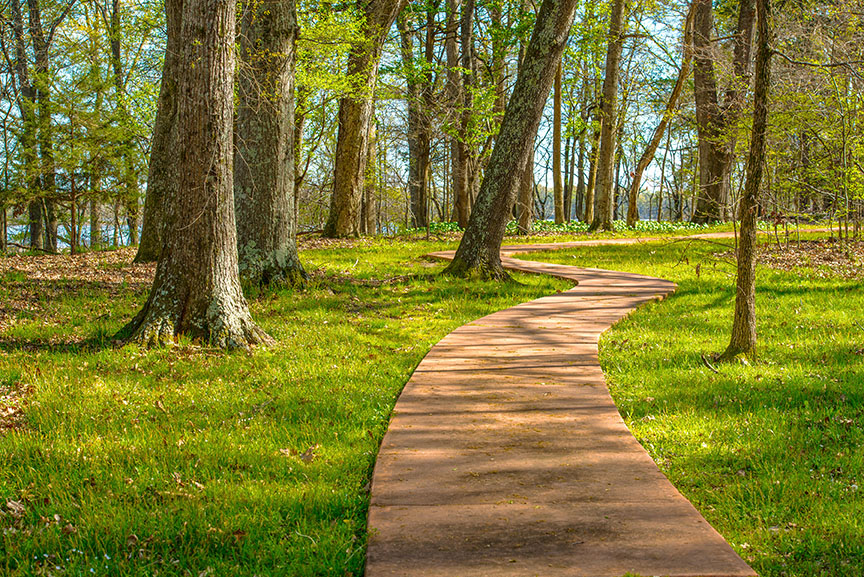 On July 6, 1960, President Dwight D. Eisenhower signed the law creating Arkansas Post National Memorial, a unit of the National Park Service. The park preserves and interprets the remains of the original European and Native American settlements on the Arkansas River, as well as the Civil War battle that was fought at the Post.

Arkansas Post National Memorial features an accessible visitors center, which offers an introductory movie as well as museum exhibits detailing over 300 years of history at Arkansas Post. Outside, visitors will find over two miles of trails winding through the Post’s historic town site, as well as the Civil War trenches remaining from the Battle of Arkansas Post in 1863. Throughout the year, Arkansas Post National Memorial offers special programs, such as the very popular Ghosts of the Past in October, and reenactments highlighting the historic past of the Post.

For detailed information, visit the park’s website at www.NPS.gov/arpo.