Many Arkansans live with untreated mental illness. There are a couple of reasons these folks go untreated: stigma and cost. There is a wide gap for insurance coverage for mental illness compared to physical illness. 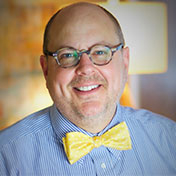 “One in four Arkansans lives with mental illness,” says Luke Kramer, executive director of The STARR Coalition. “It impacts every person and family in this state. We must erase the stigma in our communities and work toward mental health parity for all.”

The STARR Coalition is a nonprofit organization that works to bring leaders in the pharmaceutical industry, clinical research and advocacy together to promote cutting-edge research for mental health.

“Can you imagine breaking your leg or having severe pain and waiting more than a decade before seeking help?” Kramer asks. “Why so long? Stigma–pure and simple. For some reason, our society treats the brain differently than other organs in the body when it becomes sick.

Because of the Mental Health Parity and Addiction Equity Act of 2008, insurance for mental health and physical health plans are now equalized. But not all insurance companies cover all services. This is a federal law that prevents group health plans and health insurers from imparting less favorable benefit limitations on mental health and substance abuse over medical and surgical benefits.

A wide gap still exists after the MHPAEA was passed, Kramer says.

“Although federal law states there must be parity for mental health services, insurance companies are not following these regulations,” he says. “It is a constant battle for the rights of those living with mental illness to have equal access and coverage.”

According to ParityTrack.org, last year, Arkansas had a failing grade at 59/100 for its mental health parity statutes.

One in five adults has a mental illness, according to the National Alliance on Mental Illness Arkansas website. This means mental health care is crucial. A report by the Kaiser Foundation states that only 57 percent of short-term plans in Arkansas cover mental healthcare and 33 percent cover substance abuse and prescription drugs.

“Although the prevalence of mental illness is relatively high in Arkansas, because ours is a rural state, there are fewer providers,” says Sherrie James, CEO of The BridgeWay.

The BridgeWay, located in North Little Rock and has been a mental health provider to people of all ages for more than 35 years.

“Because each insurance agency is different, and each benefit plan is unique, determining coverage can be challenging, but we are here to help regardless of a patient’s resources,” James says. 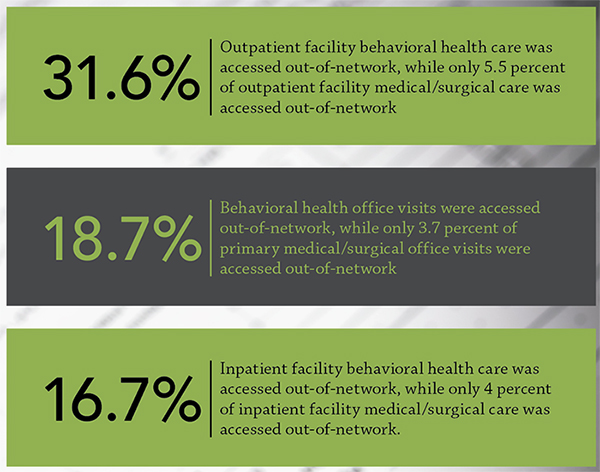 According to the 2017 State of Mental Health in America report, 77 percent of youth with major depression go untreated in Arkansas. The study states that six out of 10 young people who have depression are at risk of suicidal thoughts and have difficulty in school and in relationships with others do not get the treatment needed to support them.

The National Institute of Mental Health estimated in 2010 that 40 percent of adults with schizophrenia and 51 percent of those with severe bipolar disorder get no treatment. That means there are 3.5 million adults with schizophrenia or bipolar disorder not being treated in the United States at any given time. On average it takes 10 years from first symptoms before someone will reach out for help.

“Arkansas is a rural state, and not everyone has access to transportation,” James says. “It would increase the access to mental health care if insurance companies could provide compensation for transportation to and from treatment for those not able to afford it themselves.”

Insurance coverage is a significant component of whether people seek help.

“Arkansas is on the bottom when it comes to mental health care access,” Kramer says. “We rank 41st for adults with unmet needs due to insurance, adults with disabilities who could not see a doctor due to cost, youth with private insurance that does not cover emotional or mental health problems and overall access to mental health services through insurance. One glaring barrier is in network/out of network.”