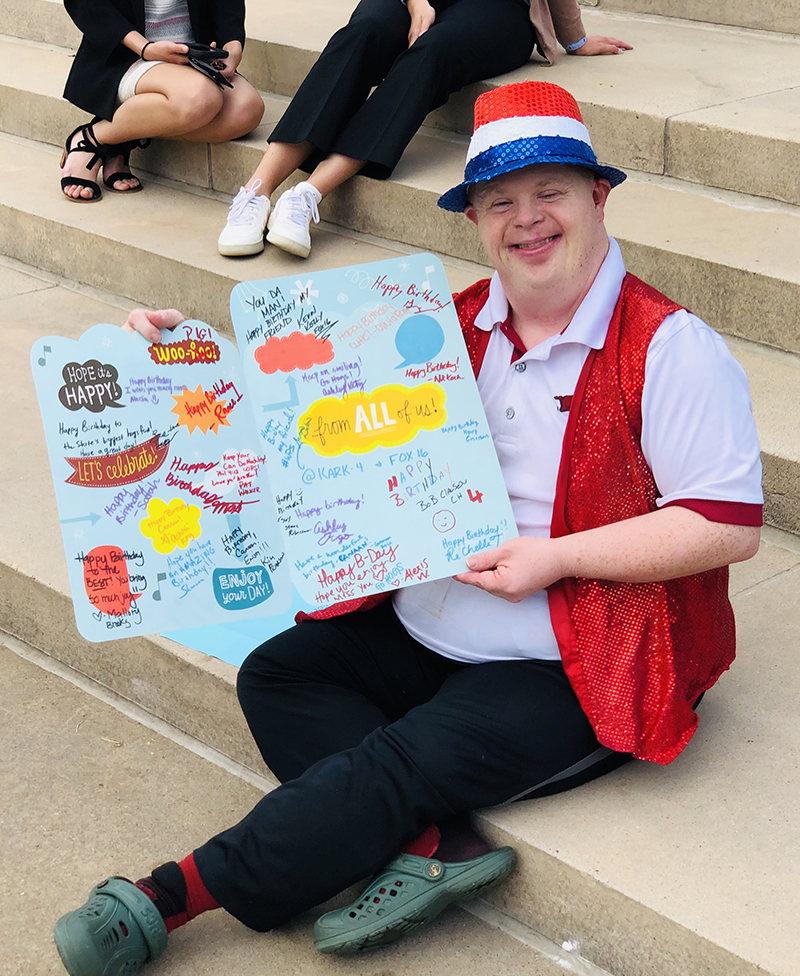 Canaan on the steps of the Arkansas State Capitol holding a birthday card from KARK and Fox 16.

Sandy has been attending and supporting the Razorbacks since he was two months old. Today, he is 39-years-old.

Earlier today, Sandy visited Jacksonville and Bryant. He is expected to be at the Bale Chevrolet in Little Rock at 9 a.m. then at The Buzz radio station at 10 a.m. Next, he will be at the steps of the Arkansas State Capitol at 10:20 a.m. before heading to Fayetteville to continue his tour in the afternoon.

5:30 AM. Happy Birthday Tour is off! pic.twitter.com/6jxptka2Iy

Sandy will be in his red Nissan Pathfinder all decked out in red pom poms and Razorback flags! Wave or honk if you see the party car! 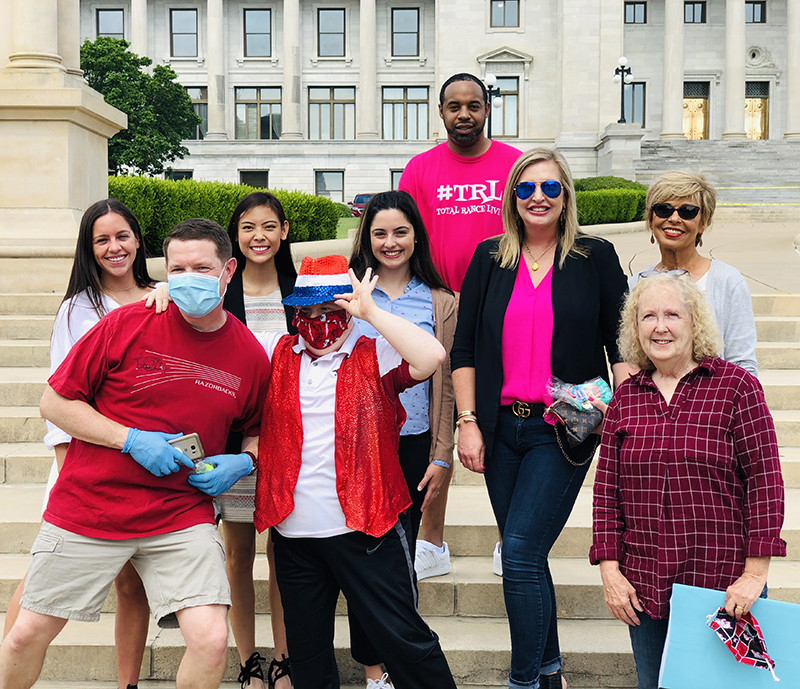 Some of the staff of AY Magazine and KARK 4/Fox 16 wishing Canaan a Happy Birthday.