Arkansas Razorbacks vs. Baylor Bears: Game Time, Where to Watch and More 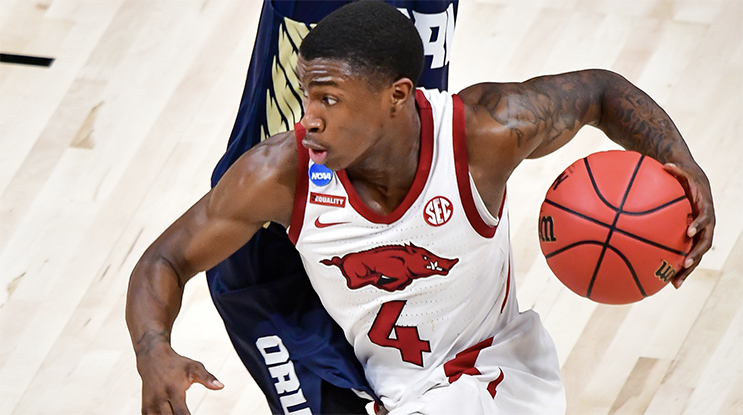 The Arkansas Razorbacks men’s basketball team is heading to the Elite Eight tonight, taking on the Baylor Bears.

The no. 3-seeded Razorbacks are up against the no. 1 seed after defeating Oral Roberts in the Sweet Sixteen. This will be the 144th match-up between Arkansas and Baylor, dating back to 1924. Currently, Arkansas has the dominant record, going 96-47 against the Bears.

These SEC rivals will be playing at Lucas Oil Stadium in Indianapolis, starting at 8:57 pm.

Currently, the Bears are projected to win the game. FanDuel has Baylor has a seven-point favorite with Arkansas seven points under. The site projects 149 total point.

CBS Sports has a similar projection, making Baylor the favorite by 7.5 points with a 148-point total. The money line for Baylor is -360 and +285 for Arkansas.

Where to Watch and Listen to the Arkansas Razorbacks vs. the Baylor Bears

What: NCAA Elite 8 game between Arkansas Razorbacks and Baylor Bears

READ MORE: Musselman’s Case for National Coach of the Year