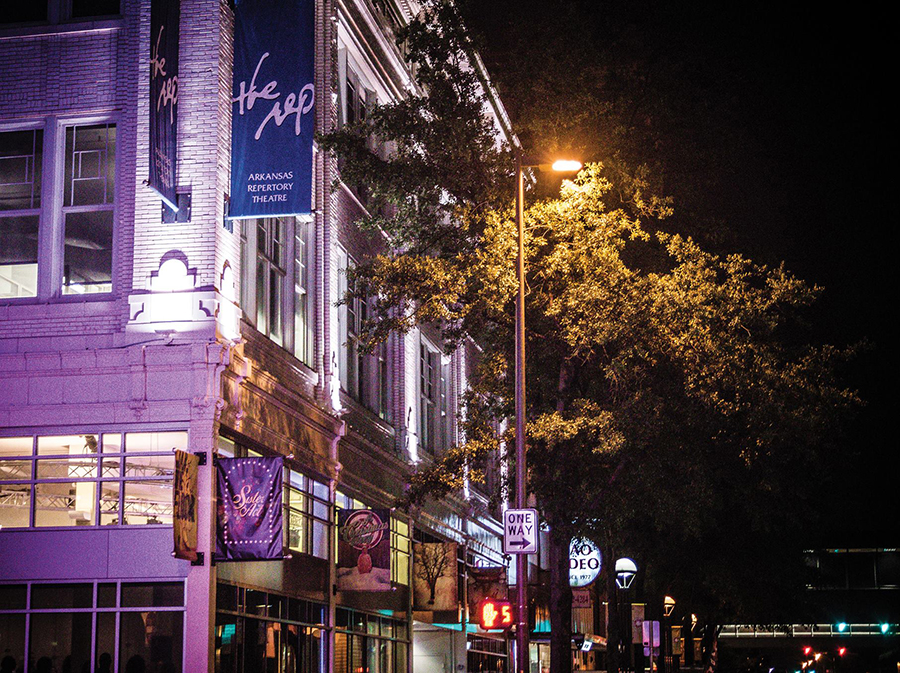 Two months since the Arkansas Repertory Theatre announced it would suspend productions due to significant cash flow issues, fiscal year end reports show significant progress being made in efforts to save the state’s largest nonprofit, professional theatre.
“As of June 30, The Rep is now current with all of its trade vendors and has secured operations and current staff through August 14,” said Ruth Shepherd, Rep board chair and interim leadership team member.
Reporting an emergency deficit of $750,000, The Rep Board of Directors decided earlier this year to suspend productions, resulting in the layoff of two-thirds of its administrative and artistic staff, as well as the cancellation of the final show of the theatre’s 2017-2018 season.
Now concentrating on rebounding from the current financial crisis, Rep leadership has pledged to reassess, refocus and revision a theatre which is professional, affordable and sustainable. The board of directors has appointed an interim leadership team consisting of Shepherd, fellow board member Bill Rector and Rep founding artistic director Cliff Baker.
Since “going dark” on April 24, The Rep has received almost 900 gifts totaling more than $422,000 and has secured two challenge grants – one from the John and Robyn Horn Foundation and another from the Windgate Charitable Foundation – valued collectively at $1,025,000.
The theatre has also finalized the sale of Peachtree Apartments, a 16-unit complex used for actor housing that has been among The Rep’s real estate holdings for more than 30 years. Proceeds from the sale will effectively cut The Rep’s property debt “almost in half,” according to Rep interim leadership team member Bill Rector, who negotiated the sale for The Rep with Rick Freeling of RPM Group representing buyers Mark Brown and Jill Judy. The sale closed on June 20.
Shepherd said a steering committee comprised of more than 60 community and business leaders are working with the Rep Board of Directors to develop a plan targeted for presentation in mid-August for the future of the 42-year-old beloved Arkansas cultural institution.
“Continuing campaign goals include creating board-directed funds such as operating and facilities reserve funds and a subscription escrow,” said Shepherd. “Such funds will enable The Rep to operate with a more fiscally sound business model moving forward. At this point, every gift to The Rep is about our future.”
“So, while the news is good, it is not yet great,” said Shepherd. “There is still a lot of hard work to be done, but we are certainly feeling more confident that with the continued support of our audiences and community, we will ultimately come out of this unfortunate situation with a stronger and more resilient theatre.”
Arkansas Repertory Theatre was founded in 1976 with a mission to produce a diverse body of work intended to illuminate the human condition through great storytelling and is the largest non-profit professional theatre company in the state. Having produced more than 350 shows (including 40 world premieres), the 377-seat theatre is located in downtown Little Rock where it serves as the anchor of the city’s Creative Corridor.
For more information, visit therep.org.