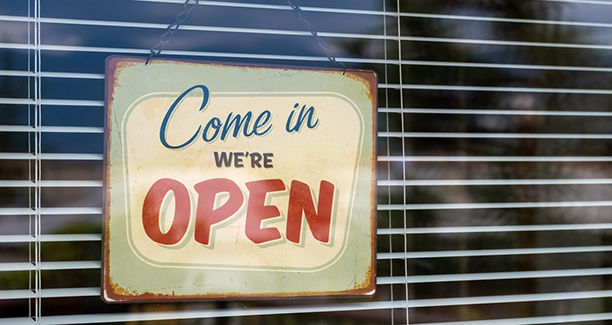 Restaurants in Arkansas will begin a limited reopening on May 11.

Gov. Asa Hutchinson announced that the restaurant industry will begin its Phase 1 reopening process on that date. As part of the reopening, restaurants will have to take a number of measures to meet public health requirements.

The restaurant industry reopening will start one week after the May 4 target date for partially reopening the state’s economy.

Under the Phase 1 reopening, restaurants will only be allowed to fill one-third of their designated occupancy. Hutchinson said that this will likely be a challenge for restaurants but that it was a starting measure, leading to increased occupancy down the road.

In addition, restaurants will be required to create physical distance between tables and patrons. To accomplish this, it will likely be necessary to rearrange the existing configurations of restaurants to accommodate increased distanced between customers.

Restaurant staff will also be required to clean and disinfect tables and menus after each meal. Staff members will also have daily COVID-19 screenings and be required to frequently wash their hands.

Face coverings will be required for staff as well as patrons until the order is delivered. According to Arkansas Department of Health Secretary Dr. Nathaniel Smith, cloth face coverings would be ideal due to their washability but paper surgical masks will also be acceptable. He said that N95 masks were not necessary.

Gloves will also be required PPE for restaurants. Using gloves, though, does not eliminate the need for frequent handwashing, Smith said. “Gloves need to be changed between customers or between contacts,” he said. Smith also noted that gloves can be washed like bare hands.

Bars and entertainment within restaurants will be prohibited. However, alcohol service will still be allowed. Self-service will also not be allowed during Phase 1.

There will also be no groups of more than 10 people allowed in restaurants.

Hutchinson said that a directive will be issued later that address the requirements for reopening restaurants.