Arkansas Shorts Festival Brings Filmmakers From Around the World 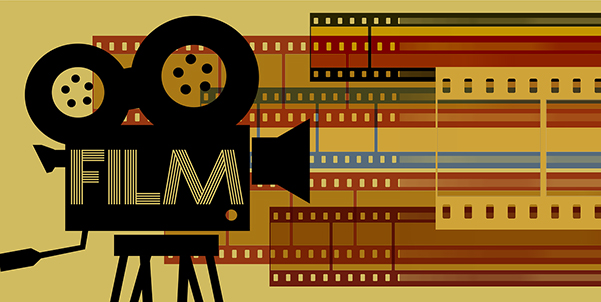 Do you love movies? Do you want to know who the next Spielberg or Scorsese is? (The next great director or actor could even be from Arkansas.) If you answered yes, then you need the Arkansas Shorts: A Night of Short Film Festival!
This festival, which is in its 12th year, features some of the most vibrant cinematic voices from around the state. The short films range across genres, but the quality that unites them is quality.
The event is Saturday, January 5 with the reception beginning at 4 p.m. at the historic Malco Theatre in downtown Hot Springs. The festival will show three blocks of short films throughout the evening including: an International block, a North American block and the juried selection of Arkansas-made short films.
“We get everything from music videos, comedies and experimental film,” festival curator Jennifer Gerber says. “We had quite a few eight-millimeter film and 16-millimeter film submission as well. Horror, comedy, drama, really you name it. That’s what kind of makes it so special. It’s a very wide range of storytelling.”
This year, the festival received the most submissions – 41– that it has ever gotten. Of this total, 19 of these films will be shown at the festival.
“Every year, there’s an incredible turnout, and there’s not really another night like it in the state of Arkansas where so many Arkansas filmmakers can come together and see a collection of not only their own work but work from around the world,” Gerber says.
Festival passes are $20 and are good for all 3 blocks of shows, as well as an entry to the SQZBX after party. Passes include a complimentary social media portrait that will be taken by photographer Thomas Petillo, as well as access to theater concessions and cash bar. Individual screenings are $10 each.
“Each filmmaker who’s made a film is pursuing their own curiosity, a question or something that they want to explore in their imagination and that’s what makes the film happen,” Gerber says.
This January, it’s time to watch some great Arkansas short films.
Low Key Arts has partnered with TLI Print and SQZBX Pizza and Brewery to present the 12th annual Arkansas Shorts: A Night of Short Film Festival. Get your tickets here.
READ MORE: Best Arkansas Concert Venues