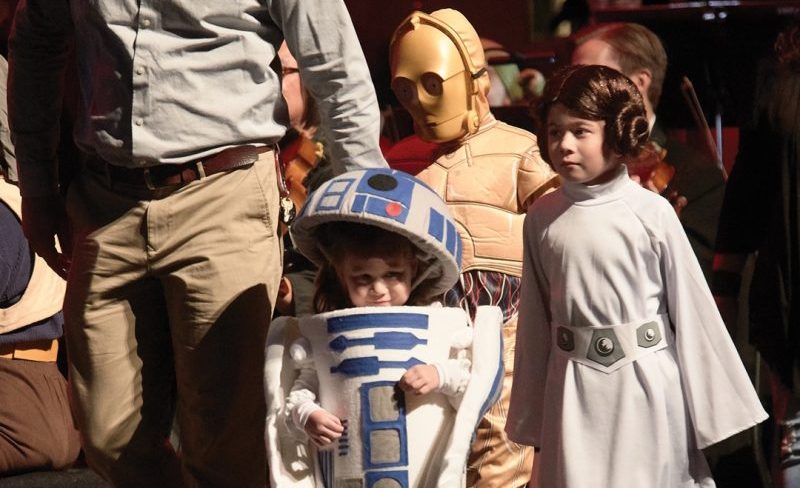 The Arkansas Symphony Orchestra (ASO) will present the Halloween Spooktacular, on Saturday, Oct. 22 at 7:30 p.m., and Sunday, Oct. 23 at 3 p.m. at the Robinson Center in partnership with the Arkansas Museum of Fine Arts (AMFA).

The program will feature music from thrilling and fantasy films, and television like the themes from Jaws, Beetlejuice, Harry Potter, Spider-Man and Game of Thrones. Powerful orchestral works will also be featured, like Hall of the Mountain King and Danse Macabre, and Michael Jackson’s Halloween classic, Thriller.

“This is a true variety show, full of surprises, special guests, incredible costumes, and brilliant, rarely performed film and television scores,” said ASO Artistic Director, Geoffrey Robson. “Kid-friendly and adult-friendly, this show will be a blast for whole families as well as couples out for a Halloween-themed night on the town.”

Patrons and orchestra alike are welcome to come to the concert wearing a costume. A costume parade will take place on stage immediately following intermission. All participants will be entered in a drawing to win free tickets to an upcoming concert.

Tickets range from $16 to $72. Active-duty military and student tickets are $10 and can be purchased online at www.ArkansasSymphony.org, at the Robinson Center street-level box office beginning 90 minutes prior to a concert or by phone at 501-666-1761, ext. 1.

All Arkansas students are admitted free of charge with the purchase of an adult ticket using the Entergy Kids’ Ticket, downloadable at https://www.arkansassymphony.org/freekids or by calling the box office.