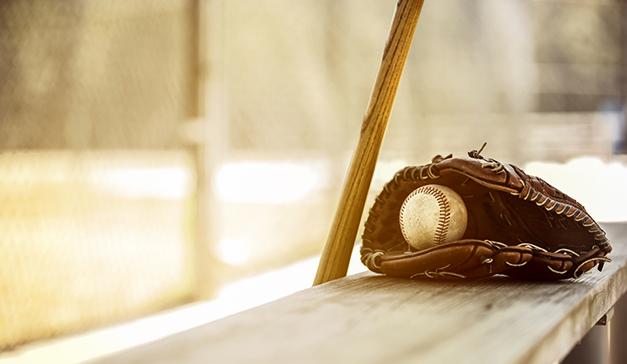 There’s exciting news today for Arkansas baseball fans!
The Arkansas Travelers are getting a new manager and coaching staff for the 2019 season. The Travs are welcoming Mitch Canham as their new manager, along with a new pitching coach, hitting coach and performance coach.
The Travs are kicking off their season in April. They start play on Thursday, April 4, but the first home day will be the following Thursday, April 11, at Dickey-Stephens Park.
AY Magazine loves baseball, and we’re looking forward to a great season of ball from the Arkansas Travelers!
Check out the bios for Mitch Canham and for the new (and returning) coaches:
A new manager and coaching staff will lead the Arkansas Travelers in 2019 as announced today by the Seattle Mariners. Mitch Canham takes over as manager for his first season at the Double-A level and fourth as a minor league skipper, all in the Mariners farm system. He replaces Daren Brown who after managing Arkansas for the past two seasons, takes the reins at the Mariners’ Triple-A affiliate in Tacoma, Washington. Canham will be joined by new faces in pitching coach Pete Woodworth and hitting coach Kyle Wilson. Also new to the Travs is performance coach Michael Apodaca while athletic trainer B.J. Downie is the lone returner to the staff.
Manager Mitch Canham, 34, a former Texas League player, takes over as the Travs field boss after leading Class-A Modesto the past two summers. In 2017, Modesto won the California League Championship and Canham was named the league’s Manager of the Year. Canham’s first year as a manger in 2016, he led Class-A Clinton to 86 wins and into the Midwest League Playoffs. Across three seasons as a skipper, he has compiled a 222-198 record, good for a .529 winning percentage with two playoff appearances and one league title. His managerial career began immediately following nine seasons playing professional baseball. Selected in the 1stround (57thoverall) in 2007 by the San Diego Padres, Canham played in the San Diego (2007-10), Oakland (2011), St. Louis (2012), Kansas City (2013) and Washington (2014) organizations as well as two stints with independent teams (2012, 2015).
Pitching coach Pete Woodworth joins the Travs staff for the first time. He has spent the last two seasons as the pitching coach for the Class-A Modesto incuding their Cal League title in 2017. Woodworth joined the Mariners organization and began his pro coaching career in mid-summer 2016 as the pitching coach with Class-A Clinton where he also worked with Mitch Canham. He came to the Mariners from his alma mater, Flordia Gulf Coast, where he was the pitching coach for two seasons. A four-year standout for the Eagles, he left as the school’s all-time wins leader and was teammates with current MLB star Chris Sale. Signed as non-drafted free agent by the Tampa Bay Rays in 2010, Woodworth pitched one season for the GCL Rays before becoming a volunteer coach at FGCU. He has also been on the coaching staff at Nova Southeastern and served as an area scout for the Rays.
Hitting coach Kyle Wilson will make his professional coaching debut with Arkansas. Wilson comes to the Mariners organization after spending seven years with The Performance Academy in Apex, North Carolina, where he worked as General Manager and Director of Baseball. He was a 24thround draft pick in 2010 by the San Francisco Giants.
The new performance coach for the Travelers is Michael Apodaca. He will be responsible for the team’s strength and conditioning work on a daily basis. Apodaca has spent the past three seasons in the same role with the Mariners’ Rookie-level club in Everett, Washington. Prior to that, he spent two years in the Tigers organization as a strength and conditioning coach with their affilitates in West Michigan (2015) and Connecticut (2014). He is a graduate of New Mexico State University.
B.J. Downie is the lone returner to the Travs staff as he is back for a third season as the athletic trainer. It marks the 12thseason Downie has spent working for a Mariners’ affiliate, which includes four seasons at Double-A Level and three in Triple-A. He also spent two years working in the San Francisco Giants organization from 2002-03. In addition to his extensive baseball experience, Downie totaled ten years of athletic training in the private sector with facilities in Seattle, Washington and Ahwatukee, Arizona. He earned a bachelor’s degree from Western Oregon University and a master’s degree from the University of Oregon.
READ MORE: Arkansas Backstories: Baseball