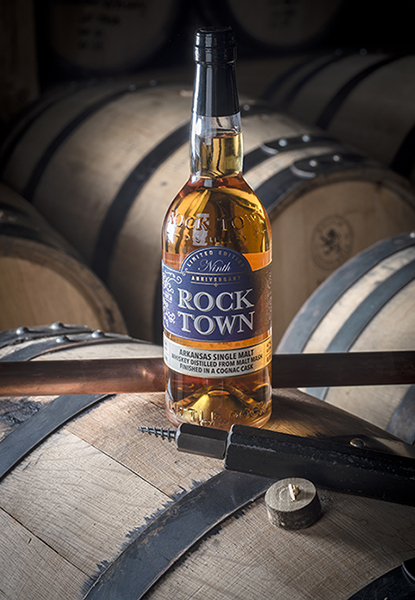 Rock Town Distillery’s Ninth Anniversary Single Malt; a first for the distillery and the state of Arkansas.

Establishing oneself as the “first” to accomplish anything is no small feat. And when it comes to liquor in the south, there are not many more “firsts” to go around, which makes it all the more incredible to see Phil Brandon continue to notch his belt with them.

In 2010, when Rock Town Distillery was founded by Brandon, it became the first legal distillery in the state of Arkansas. Nine years later, to celebrate its latest birthday, Brandon released its annual anniversary liquor: a ninth-anniversary whiskey — the state’s first-ever single malt.

Looking back, it is easy to perceive Brandon’s rise to prominence in the distillery industry as unconventional. Prior to founding Rock Town, he was a member of the corporate world, having worked for Alltel Wireless. In 2009, when Verizon purchased the wireless communications provider, a new path opened for Brandon — or rather, he created one. 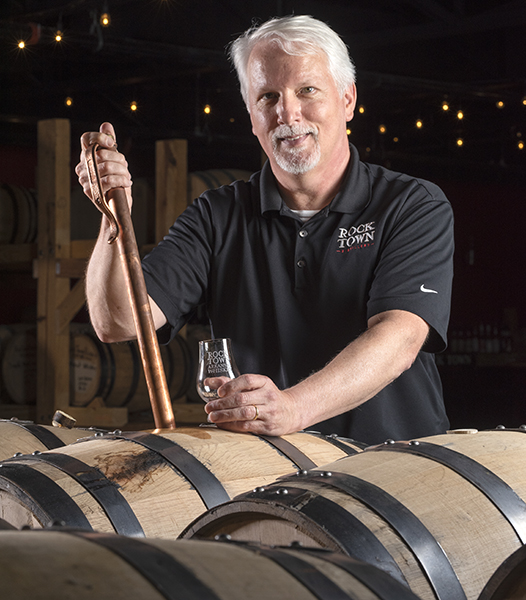 Owner Phil Brandon left the corporate world to found Rock Town in 2010 and has blazed a distilled trail ever since.

“It became apparent my job was going away,” Brandon recalls. “So instead of pursuing something in corporate America, I really kind of wanted to do my own thing. And that was to start making whiskey.”

In order to familiarize himself with the art of distilling, Brandon attended classes, toured other distilleries around the country, and even trained with Maker’s Mark’s master distillers. He brought that newfound knowledge and expertise back to the state of Arkansas, and Rock Town Distillery was born.

In just nine years, Rock Town has tallied a list of accolades, achievements and awards that surpass what most distilleries would hope to accomplish over a span of decades. 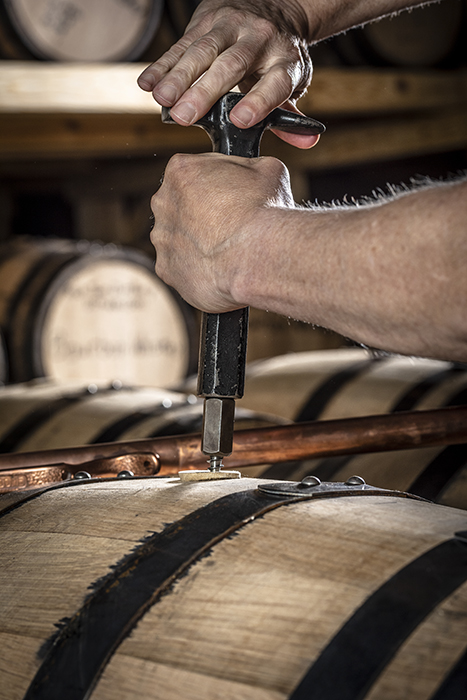 Uncorking an Arkansas made barrel.

Earlier this year, Rock Town’s Gin and Rye Whiskey each won a Gold Medal at the San Francisco World Spirits Competition, and its single-barrel bourbon whiskey won the 2015 U.S. Micro Whiskey of the Year from Jim Murray’s Whisky Bible. Rock Town’s spirits have been featured on best-of lists such as Wine Enthusiast’s Top 100 Spirits, USA Today’s Top-10 Southern Distillery Tours and in numerous publications such as Whisky Advocate and, of course, AY About You. Its products are distributed across state and international lines, being sold all over the United States, as well as Canada and the United Kingdom.

Every year since its founding, Rock Town has released limited-edition anniversary whiskeys to commemorate the occasion. This year, for its ninth birthday bash, Brandon unveiled the first-ever Arkansas single malt. The whiskey is three years in the making, having been aged for two years in a used bourbon cask, and finished for the last year in a cognac cask. The mash of 100 percent malted barley has notes of apple and pear, and when pegged to describe it in just one word, there was only one adjective waiting to leap out of Brandon’s mouth: “Delicious.”

Rock Town will sell the single malt exclusively at its headquarters in Little Rock until they run out of it, which will not take very long. “It’s been very well received so far and is selling briskly,” Brandon says with a proud grin. 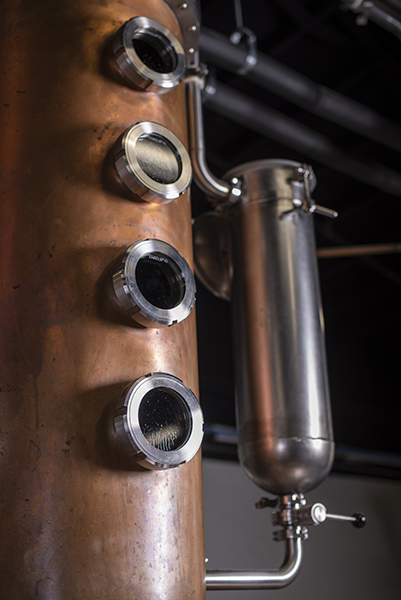 All of Rock Town’s ingredients are sourced locally and produced in house at their Little Rock headquarters.

A long way from the humble beginnings, Rock Town now has a literal book of cocktails at its full-service bar, and a laundry list of liquors of its own making, sure to please anyone with a “spirited” palette. From Arkansas Lightning, their original fan favorite, to a 4-grain sour mash bourbon (which was their sixth-anniversary whiskey), to its Rock Town Vodka, the award-winning Brandon’s Gin, and even a coffee liqueur — the list of available offerings goes on and on.

What sets Rock Town apart even more so than the quantity and quality of its products is the depth of its local footprint. Despite the international recognition, Brandon continues to make his liquors with locally sourced products — the corn, wheat and rye are all grown within 125 miles of its Little Rock headquarters.

“We’re using everything that’s from Arkansas, to make Arkansas whiskey,” Brandon boasts. “It really is about creating an Arkansas whiskey tradition, beyond just making spirits and trying to sell them.”

Visit the full-service bar “tasting room,” take a tour of the distillery, or just pick up a bottle from your favorite liquor store. No matter the medium and regardless of your preference in spirit, drinking Rock Town is drinking Arkansas. 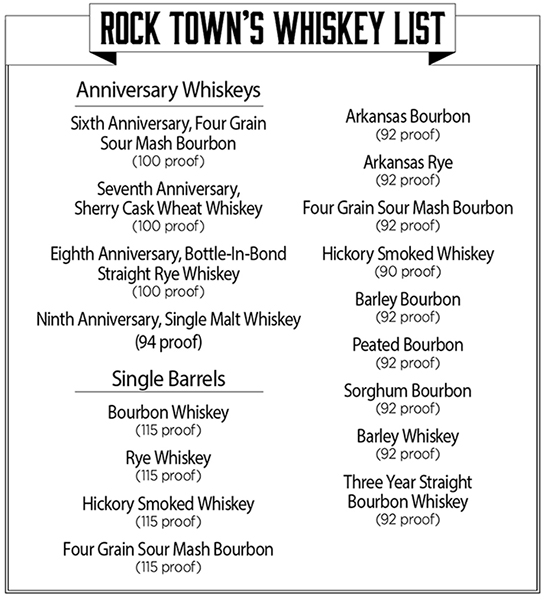