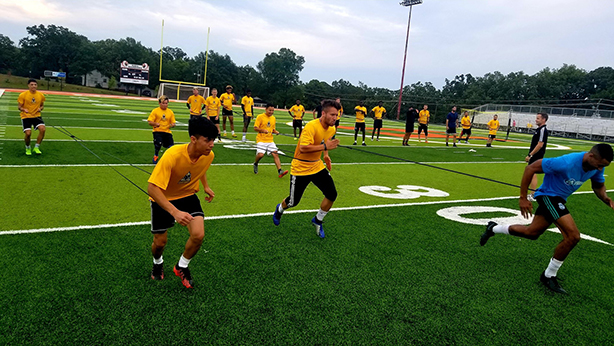 Soccer is continuing to expand in the Natural State as the United Premier Soccer League (UPSL) brings in Little Rock’s second semi-professional club, Arkansas Wolves FC. The city’s first club – the Little Rock Rangers – was brought in with a National Premier Soccer League (NPSL) expansion back in 2016 with the Northwest Arkansas also saw an NPSL expansion a year later with Ozark FC. With this UPSL expansion, Arkansas Wolves FC will try to win over the city during the team’s inaugural season, which kicks off this month.

The desire to bring Arkansas Wolves FC to the UPSL came from Sean Paul Jones’, the team’s owner, pure passion.

“I have always had a huge passion for the game and doing what I can to help grow soccer in our beautiful state,” Jones says.

Originally from South Africa, Jones has made a significant impact on developing soccer in central Arkansas since moving to the United States. Jones has an impressive resume for coaching and player development with several local clubs including Maumelle Soccer Club, Bryant Soccer Club, Arkansas Soccer Club and Arkansas United. He coached many teams from U5 age level up to U18 age level as well as co-lead academy programs for U6-U8 ages and leading the coaches for those teams. 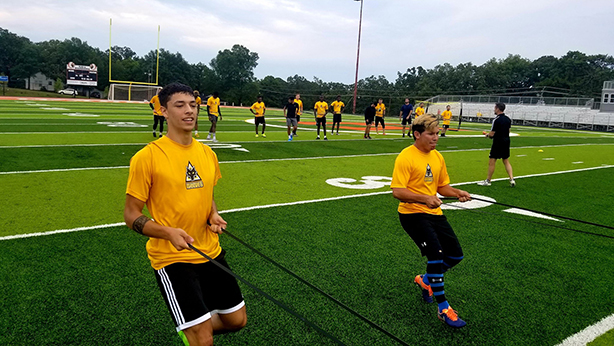 “I always had a desire to teach and grow the game, just as much as I love to play the game,” Jones says.

Jones will also be a player of Arkansas Wolves FC as he expects to contribute to his club both on and off the pitch. Jones started playing at a young age in South Africa and moved up to play for their provincial team, RFCA. He was selected among three other players to travel to England and train with two clubs; Ipswich Town and Manchester City, before following his family to the United States.

Arkansas Wolves FC will compete in the North Division of UPSL’s Central Conference. The UPSL has Promotion & Relegation, meaning clubs either get promoted or relegated between divisions depending on their success, or lack thereof, each season. Arkansas Wolves will start at the Second Division and compete with four other top tier teams in both division play as well as the Red River Cup. There will be eight to 10 games during the season with the winner getting an automatic promotion to the First Division.

“From the very future day we set our number one goal of winning promotion into the First Division,’ Regis Mawire, Arkansas Wolves FC Midfielder, says. “The standard is knowing our purpose as a team and showing up to training sessions ready and committed to get better every day.”

Home games will be played at Scott Field in the heart of Little Rock. The newly built stadium has state-of-the-art Astro Turf and the capability of holding more than 4,000 fans. The UPSL has a partnership with a streaming company, MyCujoo, therefore, every Wolves game will be livestreamed both Home and Away.

Arkansas Wolves officials announced in July their head coach will be Little Rock local Steve Laster for the 2019 season. Laster brings decades of coaching and playing experience from youth through college. Laster holds licenses with the US Soccer Federation (USSF) as well as certified as a Youth Fitness Specialist, High School Strength & Conditioning and Resistance Band Training through the IYCA.

“I’m excited about working with these men in developing their game and performance levels as we see to establish a successful inaugural season,” Laster says.

One thing is certain this club is local through and through between their players and coaching. Everyone involved takes responsibility to provide a successful impact to the development of Arkansas soccer. 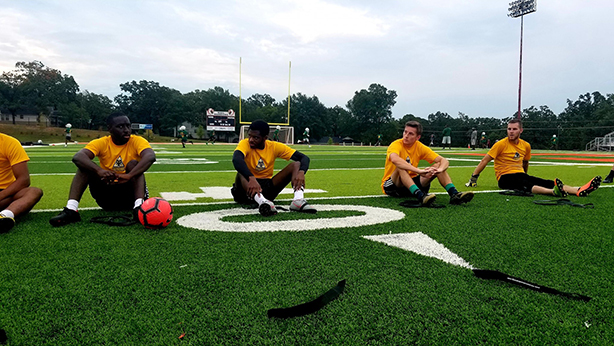 “Our goal is to continue growing the game here by providing top level soccer for our youth to build on and the community can support,” Jones says. “We take pride in the responsibility of creating a culture that focuses on developing youth talent as well as doing our part to help the city of Little Rock and the community flourish. “