When was your last visit to the Arkansas Arts Center? It’s been a pretty busy summer season for the organization in terms of programming – including everything from an internet cat video festival to the 58th Delta Exhibition.

That energy keeps rolling as autumn and the back-to-school season hit with two traveling enamel exhibits set to land in October – Little Dreams in Glass and Metal: Enameling in America, 1920 to Present and Glass Fantasies: Enamels by Thom Hall.

Both shows will kick off with a member preview and reception on Oct. 7 at 6:30 p.m. The event is free for Arkansas Art Center members and $10 for non-members. Trust us, the range of work represented throughout the exhibits is just begging to be viewed, so you’ll want to mark your calendar.

The history of enameling is a vibrant one which dates back to the 12th century and involves fusing glass to metal through a high temperature firing process. In fact, it is only in the later half of the 20th century that the artform gained a respectable popularity.

Little Dreams in Glass and Metal, organized by the Los Angeles-based Enamel Arts Foundation, is the first nationally traveling exhibition to survey this dynamic field in more than 50 years. The exhibition features 121 artworks by 90 artists showcasing a rich diversity of objects in both form and scale—from intimate jewelry to large enamel-on-metal wall panels. Among the 90 artists included are such early pioneers in the field as Fred Uhl Ball, Karl Drerup and Edward Winter; to many of its current luminaries, including Harlan Butt, William Harper and June Schwarcz. 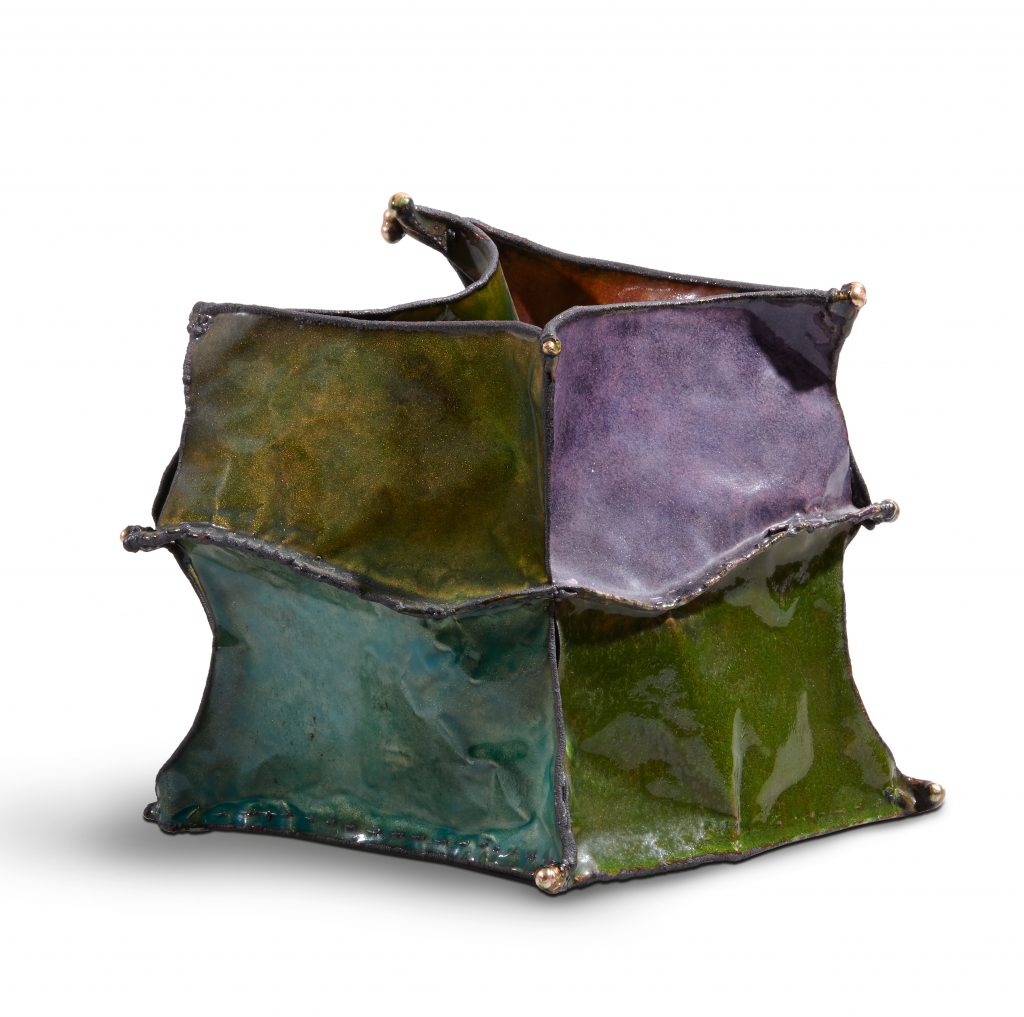 The work in the show provides a timeline, shining a light on the ways in which modern artists have taken the medium and continued to push it to new heights.

Born in Fayetteville, Arkansas, Hall moved to Little Rock after college and began taking workshops at the Arkansas Arts Center Museum School. One such workshop led by noted enamel artist, William Harper,would prove deeply influential for Hall. It was through Harper that Hall learned the intricacies and possibilities of the enamel medium.

Hall’s intimately-scaled, richly-colored enamels are drawn from a layered tapestry of childhood memories, fantasies, dreams and desires. Glass Fantasies: Enamels by Thom Hall is the first comprehensive exploration of this aspect of the artist’s career, and is surely one exhibition not to be missed.

Visit the Arkansas Arts Center for programming information regarding these exhibits.