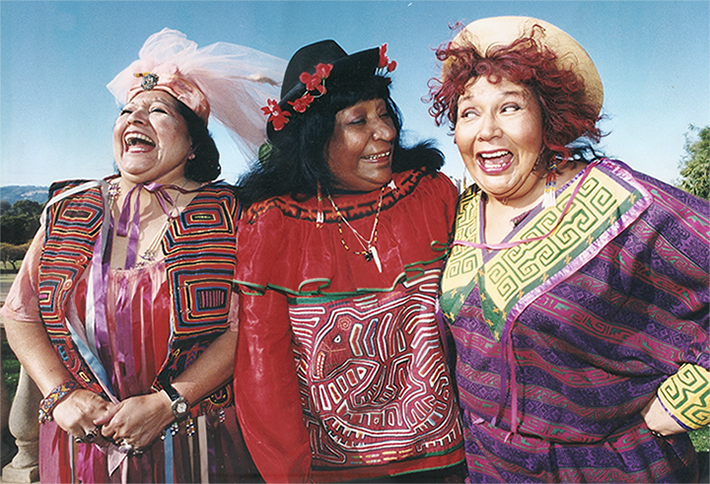 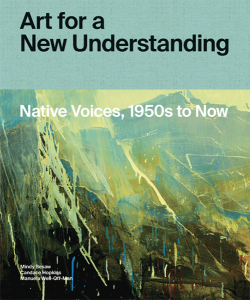 The educational text that accompanies a painting or a sculpture at a museum is generally fairly concise. There are a few lines to tell museum guests the artist’s name, the medium of the artwork and maybe a brief essay about the piece. However, there is often much more to the story.
Crystal Bridges Museum of American Art in Bentonville is expanding on its indigenous art exhibit with a new book published by the University of Arkansas Press. “Art for a New Understanding: Native Voices, 1950s to Now,” an exhibition organized by Crystal Bridges, features approximately 80 artworks created by 40 indigenous U.S. and Canadian artists. Around 45 different tribes and communities are represented in the show. The book, which shares the same name as the exhibit, expands upon themes presented in the exhibition.
“In the concept of the exhibition there are certain things that we can absolutely cover and put first and foremost with the artwork itself, but there are other topics we would love to address in more depth and this book allowed for those kinds of topics to be explored,” co-author Mindy Besaw says.
The exhibition started to take shape when Manuela Well-Off-Man proposed a survey of contemporary art by indigenous artists in 2014 when she was a curator at Crystal Bridges. Well-Off-Man is currently the chief curator at the IAIA Museum of Contemporary Native Arts in Santa Fe, New Mexico.
“We have a huge opportunity here to tell a slightly different story of American art history and really a more inclusive story,” she says. 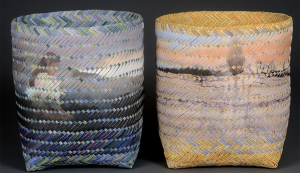 Independent curator Candice Hopkins and Crystal Bridges curator Mindy Besaw joined Well-Off-Man’s effort to develop the exhibit about two years ago.
“It’s important for Crystal Bridges because it goes along the lines of questioning the boundaries and perceptions of what contemporary art can be, American art can be,” Besaw says. “These are artists that don’t often have a very visible role in that wider story, so we’re hoping to bring that more to the forefront.”
The exhibition is on view at Crystal Bridges Museum of American Art through Jan. 7, 2019. Once the show closes, it will travel to the IAIA Museum of Contemporary Native Arts in New Mexico, the Nasher Museum of Art at Duke University in North Carolina, and the Memphis Brooks Museum of Art in Tennessee.
A Compendium of Cultural Context
The fully-illustrated volume from the University of Arkansas Press features several of the artworks on display at Crystal Bridges. The pieces are varied and include paintings, photographs, sculptures and textiles. The approximately 200-page book includes essays by art historians, historians and reflections by artists included in the collection. In “keeping with the depth and breadth of the exhibition itself,” Besaw says it was important to select authors who had backgrounds as varied as the artists whose works are on display.

One of those contributors is Richard William Hill. In his chapter titled “I Am an Artist Who Happens to Be an Indian”: Working Through Modernism in the 1970s and Early 1980s, Hill focuses on indigenous identity. Besaw says he explores the concept of what comes first—your identity as an indigenous person or your identity as an artist.
Hill’s words are incorporated into the first half of the book, which examines different themes from the exhibition in more detail. These essays consider an assortment of topics that range from the complexities of traditional and modern practices to feminism to the presence as well as the absence of indigenous voices in the general conversation about contemporary art. The second half of the book includes a catalog of artworks featured in the exhibit.
The scope of the exhibition and the book is limited to indigenous art from the past seven decades. Besaw says a paradigm shift began in the 1950s. She describes it as “a moment of artists collecting together, making some strong declarations to say ‘We want to make art that is contemporary, that is influenced by any number of popular culture, art movements, our own cultural background and we’re not going to be limited anymore by what the perceived definitions of native art might be.’”
Both the book and the exhibition look at Native American art within the broader context of contemporary art. 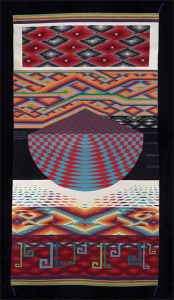 “These artists deserve to be examined, celebrated and studied without any kind of mainstream artist as a measure for them,” Besaw says.
The new understanding of indigenous and contemporary art that is alluded to in the book’s title was inspired by a series of 23 sculptures created by Brian Jungen. His “Prototypes for New Understanding”—a title borrowed from the language of a treaty document—feature sculptures comprised of Nike Air Jordans that have been transformed into Northwest Coast masks. These artworks call attention to how Native American imagery is often stereotyped and profited from in mainstream society despite objections to this practice.
“These masks or sculptures put another twist on stereotypes; they put another twist on commodification,” author and curator Besaw says. “They peel back the layers of what Native American art can be, where the sources come from, and so it felt like a really fitting title for the exhibition as well.”
Besaw says this was the first time the museum has worked with the University of Arkansas Press, and she hopes it won’t be the last.
“The plan is that moving forward, the University of Arkansas Press and Crystal Bridges will work together whenever we’re producing our own exhibition,” she says. “So this is the first in a long line of a relationship with the University of Arkansas Press.”

More information about the new book is available at uapress.com. 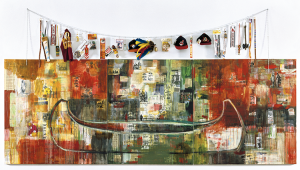