In the early part of the 20th century, homes across the United States featured “Victory Gardens,” in addition to the typical rose bushes and boxwood hedges.

[dropcap]Spurred[/dropcap] by a sense of patriotism and encouraged by the government to help alleviate the pressure on the food supply during wartime, these gardens were not simply something to be enjoyed – they were vital to the health of the nation. Today, more and more people are again digging up sections of their lawns to grow their own fruits and veggies, but this time nostalgia and the lack of necessity placed on the activity makes the process of planting, weeding and harvesting a little more fun.

To help increase the enjoyment of what can be a hot and dirty hobby, homeowners often turn to gardening décor to liven up their hedgerows and patio pots. The industry has been a booming business for years, and we recently met an Arkansas artist who has found her niche creating beautiful art designed to appeal to anyone who loves to dig in the dirt. 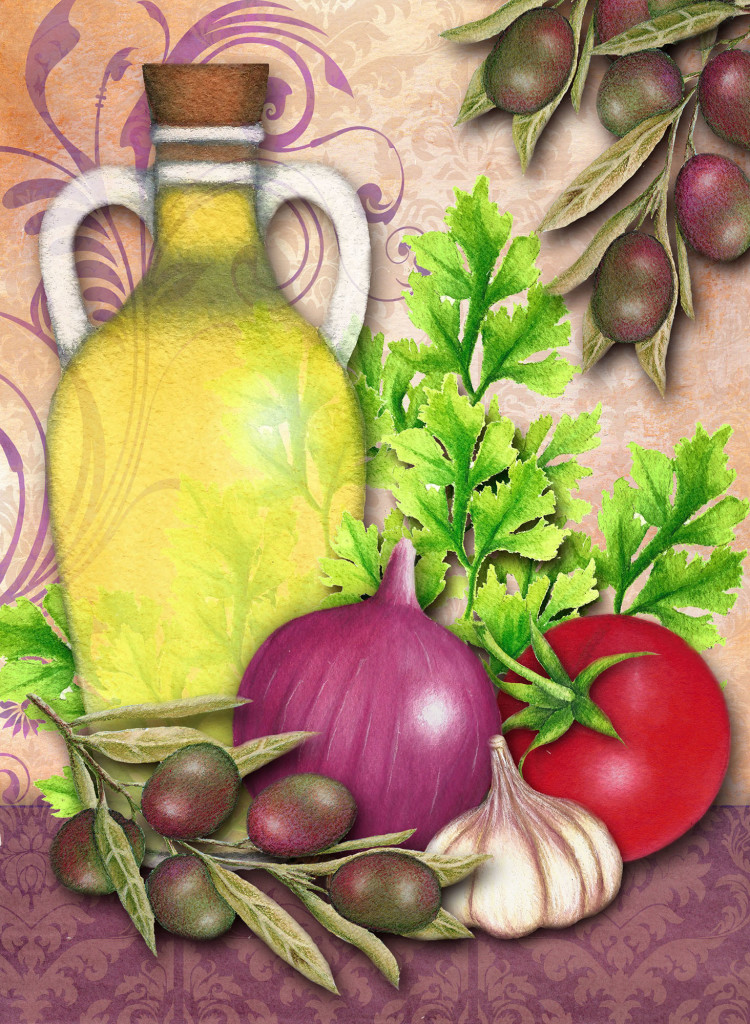 A Table in Tuscany

Sheri Hart grew up in Van Buren, Ark., during a time when traditional Southern food was the staple.

“My mom could fry anything — if it could be deep fat fried, she’d eat it and have us eating it,” Hart said. Her mother’s fried chicken recipe is still one of her favorites, although she doesn’t consider herself much of a foodie. “Growing up with a mom who did enjoy [cooking] brings back good memories. It satisfied her that we were satisfied.”

Hart admits that she will occasionally look up a recipe on Pinterest, and she enjoys fresh salads to balance her preference for fast food.

Hart’s father was an artist, but he had to do other work to support the family, so she was familiar with the idea of creating art as a hobby. She studied art in college for two years before deciding it wasn’t going to be her long-term career and changing her major. “I really never looked back at art and was a tax consultant for several years, doing my painting on the side.”

Unhappy in her profession, she eventually began to focus more on her art, trying to make it profitable. She struggled as an artist for a few years, until a friend bought one of her paintings. The purchase changed her life. That friend asked if she’d be interested in creating art for licensing, and introduced her to a side of the business she hadn’t known existed. Suddenly, her work had a focus. She’s been a successful, working artist since. 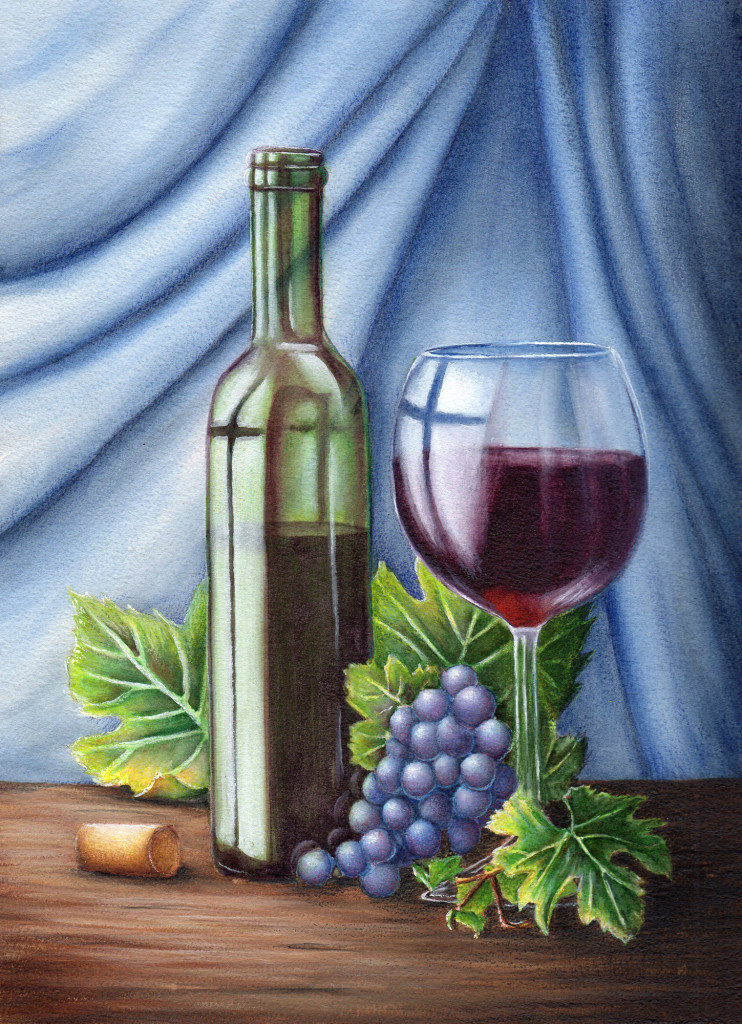 Hart enjoys painting food and garden produce, in addition to flowers. “Food is something everyone can relate to. I especially love the paintings of wine and cheese, and the Italian themes … I love painting those and eating them!” she said, laughing. “It’s something I love myself and others do, too.”

For inspiration, Hart visits the Downtown Farmers Market in Fort Smith where flowers and fresh vegetables are in abundance in the summer. She carries her camera and takes photographs to use later as she paints in her studio.

“I’ll sketch some, but I mainly look at different photographs I have collected over the years when I need inspiration to get started [on new paintings].”

Ironically, Hart said one of the most difficult things for her to paint are subjects that may be easy for other artists. “I have a complicated brain,” she explained. “Simple things are harder to paint, harder things are easier.”

She believes focusing on art for retail clients has also served to increase her tendency to paint with a perfectionist’s eye. She paints for enjoyment, but she also has to meet a certain level of image detail. 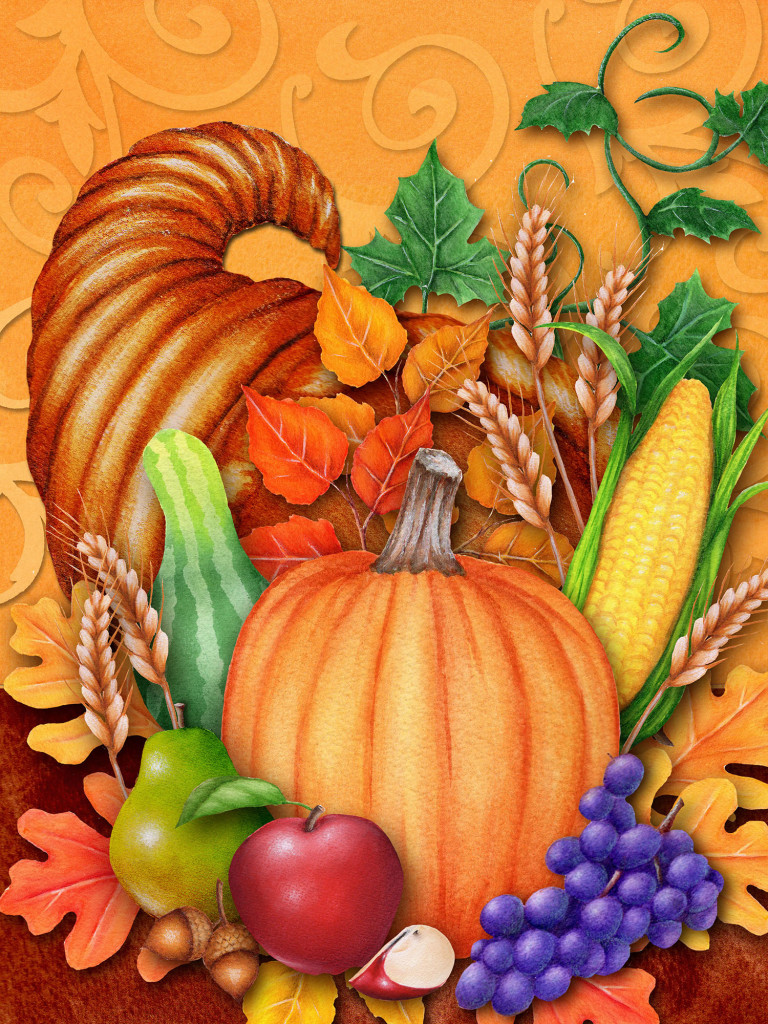 Hart’s artwork can be found at several retail outlets, including Lowe’s, Flagology and Briarwood Lane. Her images are used for a wide variety of seasonal products with those companies, including garden flags and doormats.

She spends her days in her small studio with her dogs, Jazzy and Bitcy, creating several lines for each of the companies with which she contracts. Each line is created specifically for upcoming seasons and holidays and is painted in different formats and orientations. She is currently working on fall and Christmas lines and will create multiple originals of the same paintings in horizontal, vertical and square sizes to allow the company to print the images on a variety of products without having to crop or edit them. This year, thus far, she has created about 20 collections. 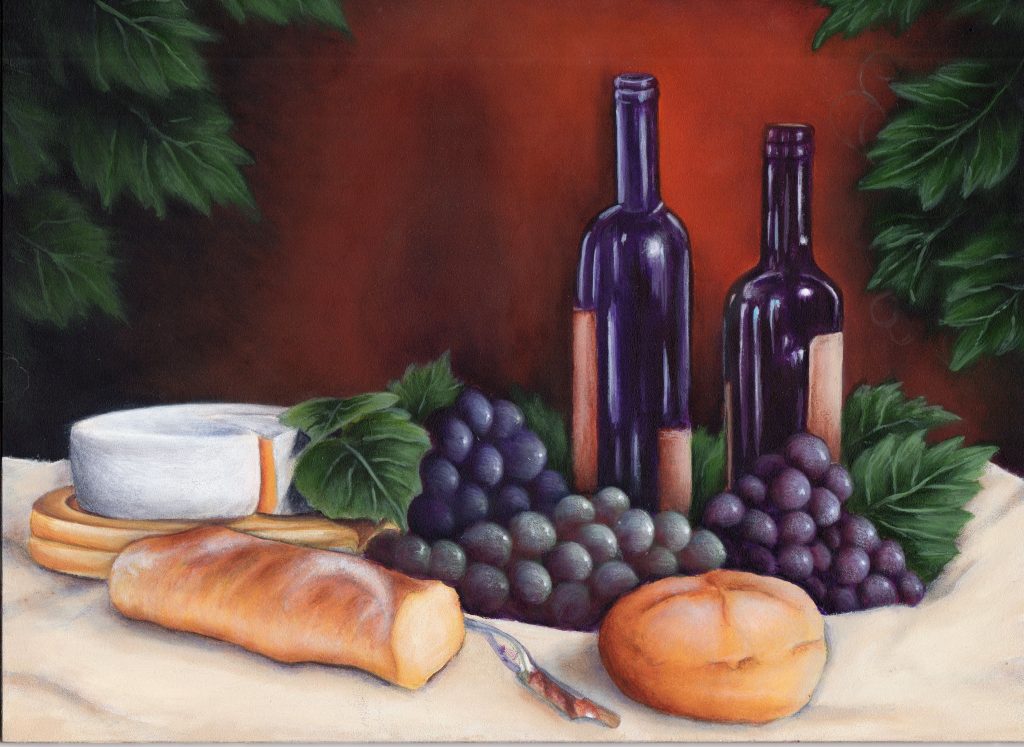 Hart is a member of the Greenwood Art Guild of Greenwood, Ark., and has conducted workshops through the group. She has also worked with Interactive Artist Magazine as a teaching artist.