Packing the car, grabbing the camera and heading out on a road trip has been a staple of American culture for at least 90 years, as evidenced by Kodak print ads from the 1920s.

[dropcap]Since[/dropcap] those early days, cameras have become smaller, roads across the country have grown longer and wider, and more and more people hit the road each year to create their own stories of adventure, love, loss and transformation.

To examine our fascination with the great American road trip, a unique touring exhibition was created by the Aperture Foundation in New York City and recently premiered at Crystal Bridges Museum of American Art in Bentonville. “The Open Road: Photography and the American Road Trip” presents the story of the American road as a muse for photographers.

The exhibit is a result of the realization that most of the included photographers’ road trip series had been published or exhibited individually but never all together in one place. This effort allows for comparison of the photographers’ themes and processes. Featuring more than 90 images, the show offers a survey of works created by 19 photographers on the move across the nation from the 1950s to today. 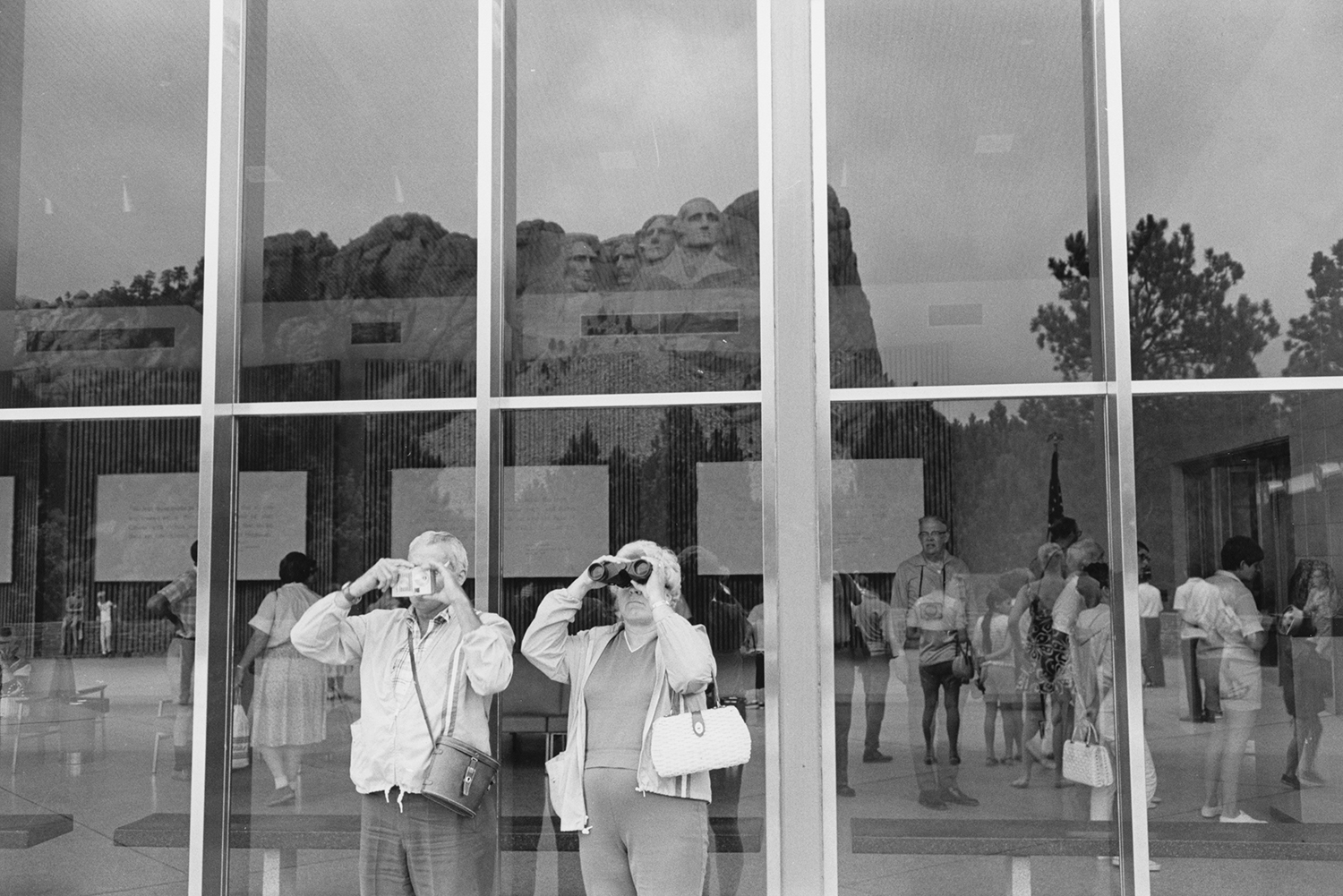 Ali Demorotski, curatorial assistant and Tyson Scholars of American Art Program administrator for Crystal Bridges, is interested in how differently photos are accessed today compared to the time period when the show’s older images were produced. “In the 1950s, people would have their road trip photos processed as slides and present slide shows in their homes with family and friends,” she said.

While the process of creating and viewing photos has changed over the past 60-plus years, many of the themes represented in “The Open Road” are similar. Some are printed in black and white and others are in color. The photos vary in print size, but the images convey related scenes of people, neon signage, roadside gas stations and blurry landscapes.

The exhibit is organized by photographer, with an artist statement preceding each collection. These photographers successfully elevate the travel snapshot — often taken through the window of a moving car — but don’t expect to see The World’s Largest Ball of String in this show. Demorotski said, “The subjects in this collection of photos don’t represent the landmarks people might expect.”

Thanks to the span of decades represented, the images also were captured using very different equipment. Three examples of cameras used by the photographers are included in the gallery to illustrate their choices and the evolving technology available over time. One example is the large 8×10 camera that required a tripod to use. As Demorotski noted, that equipment could have significantly influenced the kind of photos taken. “Those photos can’t be taken discreetly.”

Crystal Bridges has featured photographers in the museum’s programs and workshops before, and with this exhibit, Demorotski said she is looking forward to seeing the public’s response. While there is no stated plan to create a collection of photography in the museum’s archives, Demorotski said audience feedback is always considered. “We haven’t delved into photography on this scale before. We’re interested in seeing how our audience reacts and interacts.”

In an effort to encourage some critical analysis, the museum’s education department created a rich programming schedule in conjunction with “The Open Road,” including a road trip film montage to show how filmmakers look at road trips; a Spotify playlist of road trip songs; and an interactive digital map featuring road trip photos uploaded by museum visitors. Additional exhibit-specific programs can be found on the museum’s website.

Crystal Bridges is the premiere location for this exhibition; other stops on the tour include the Detroit Institute of Art and locations in Scottsdale, Ariz., St. Petersburg, Fla., and New Orleans. The exhibit is on display at Crystal Bridges through May 30, spanning the spring months that are popular for travel, which is an unexpected bonus, Demorotski said. “We hope it will inspire people to take their own road trips to visit Northwest Arkansas and see the show.”

General admission to Crystal Bridges free; admission to the exhibit is $10 per person for adults; admission for members and youth 18 and under is free. The gallery is open from 11 a.m. to 6 p.m. Mondays; 11 a.m. to 9 p.m. Wednesday through Friday; and 10 a.m. to 6 p.m. Saturday and Sunday. The museum’s grounds and trails are open daily from sunrise to sunset. For more information about Crystal Bridges, log on to crystalbridges.org.

Museum of Discovery Temporarily Closing Due to Flooding
February 18, 2021