Urban revitalization and creativity intersect in Fort Smith’s ‘The Unexpected.’

[dropcap]According[/dropcap] to one school of thought, “curiosity kills the cat.” Another view, which the Fort Smith, Ark., urban-revitalization organization “64.6 Downtown” subscribes to, is that curiosity yields often-surprising revelations and vast opportunities for both personal and quality-of-life growth.

So, to this end, the forward-thinking group has organized a mural-painting festival, to be held Sept. 3 through 12, called “The Unexpected.” Organizers are bringing in seven of the most internationally acclaimed street artists to create a canvas of color in the city’s re-developing downtown.

“Every mural we’ll produce this year is within walking distance, so it will be a nice tour,” said John McIntosh, executive director of the nonprofit 64.6 Downtown. The organization is aptly named for the number of square miles comprising this historic city that was once a critical link to the western frontier in the 1800s. 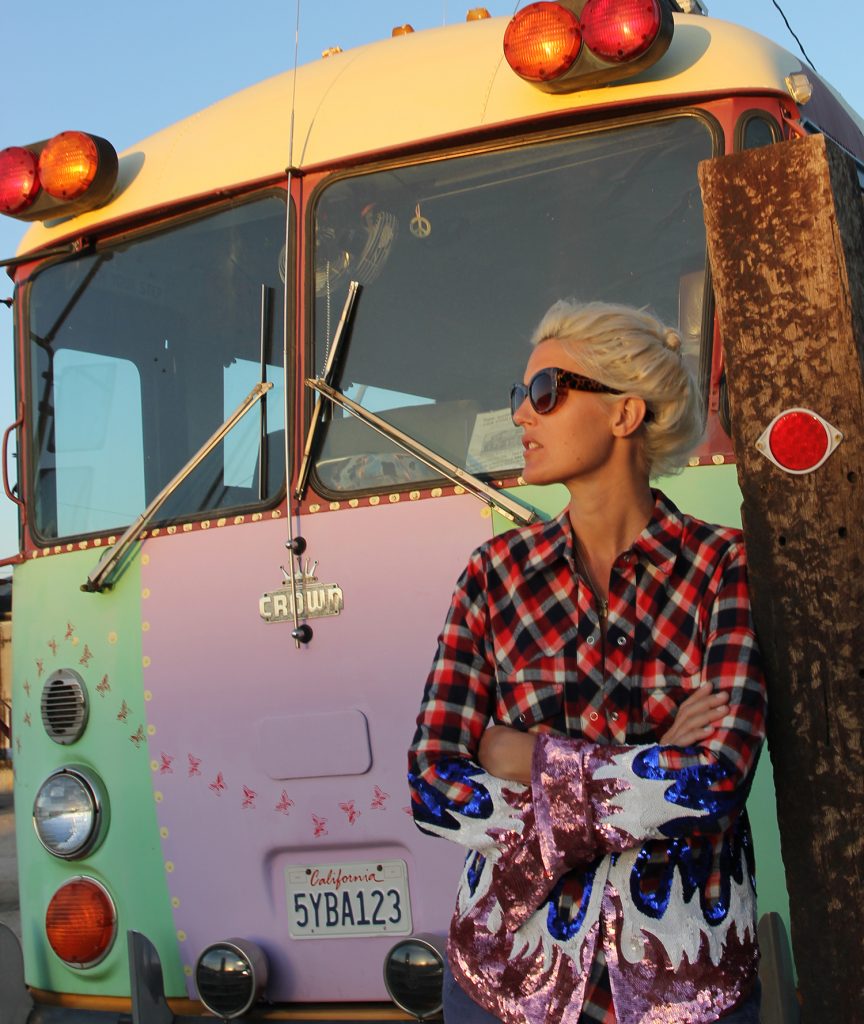 “But [the downtown murals] are also in unexpected locations,” he continued, “which is how we envision Fort Smith, a very unexpected destination for art of this scale.”

The “we” to whom he refers is a diverse collection of individuals: Steve Clark, a partner at the Rogers-based, digital innovation firm Rockfish and owner of Propak Corp. in Fort Smith; Don Lee, head of the art department at the University of Arkansas-Fort Smith (UAFS); Jim Perry, an artist and marketing manager at ABF Freight; Galen Hunter, a principal at MAHG Architecture, Inc. in Fort Smith; the Dublin-born artist Maser, who has served as the point man on many aspects of the project and who will be one of the featured muralists at the festival; French art curator Charlotte Dutoit; and Claire Kolberg of Fayetteville, the festival’s organizer.

As McIntosh, a self-proclaimed “addict to downtown revitalization,” explained, he and Clark were talking over coffee one day in 2014 when Clark suggested they work together to help give downtown a creative boost, making it a “city of unexpected murals.” From there, planning began for “The Unexpected,” which, when complete, could be home to the largest street art gallery in the state, Kolberg said.

Of course, pulling off a project of this magnitude requires a “real squad, people who are OK with not sleeping for a week or two,” said curator Dutoit of JUSTKIDS, a multidisciplinary, dynamic interface that creates large-scale, international art events and helps connect top-tier artists with leading global brands in what she called a “constantly evolving art scene.”

Dutoit certainly knows how quickly that evolution occurs. In just a handful of years, she has curated and/or produced international street art festivals and events in places such as East London, which she described as the “capital of street art”; Puerto Rico; Miami; and Las Vegas, where, in 2013, she received the Mayor’s Urban Design Award in the public art category for her curatorial work at the city’s “Life is Beautiful Festival.”

She has also worked with JUSTKIDS to produce ventures in Mexico, Italy, London, Los Angeles and Hawaii.

Collaborative 25-by-100 foot mural by Maser and fellow Irishman, Conor Harrington, on a wall at Boardertown Skate Shop & Park.

“I try to work with and develop creative projects with artists who, at some point in their careers, have been close to the street and culture,” she said.

The artists participating in “The Unexpected,” who can be viewed as they paint — using spray paint, bucket paint or a mixture of the two — the estimated 25-by-100 foot murals include Vhils, D*Face, Roa, Ben Eine, Maser, Ana Maria and Bicicleta Sem Freio.

Additionally, three art students from UAFS will paint smaller murals on a wall of the Welden, Williams and Lick building at 711 N. A Street. They, along with roughly 10 other art students, are responsible for handling logistics and will receive academic credit hours for their participation, thanks to UAFS’s Lee.

The week’s activities also include an art competition of about 50 students from UAFS and both Northside and Southside High schools in Fort Smith. The students were given skateboards on which to create their own street art and are to return their decked-out designs Sept. 4. Judging begins Sept. 8. The winners will receive gift certificates to Boardertown Skateboard Shop & Park at 4900 Rogers Ave., No. 101, where Maser, along with fellow Irish-born artist Conor Harrington, painted an immense mural on one of the shop’s exterior walls, blending vivid colors, fine details and abstract-like images. 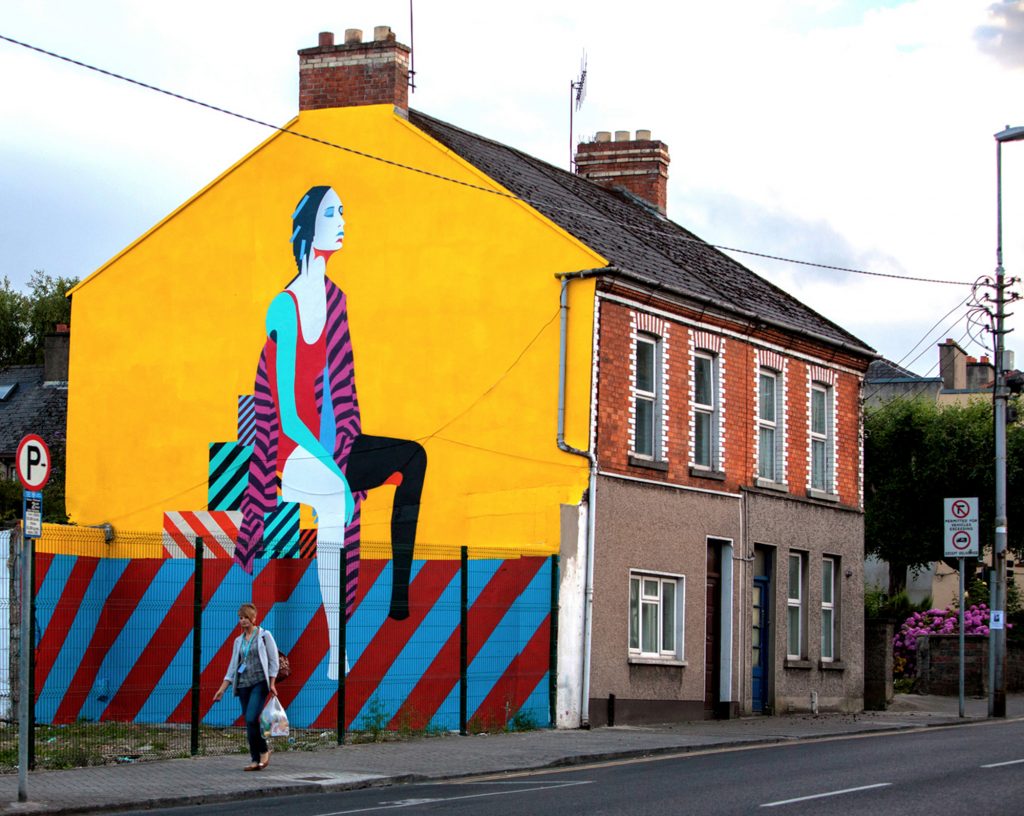 A 2014 Maser mural in Limerick, Ireland, depicting his use of vibrant colors and “unassuming techniques emphasizing simplicity of form.”

The festival kicks off Sept. 3 at 7 p.m. with a gallery opening at the new Windgate Arts and Design Building at UAFS. The UAFS-sponsored and JUSTKIDS-curated opening of “PRINTOLOGY” will feature iconic works by world-class artists in the urban scene. A variety of fine art prints, some for sale, will be on display.

Additional events scheduled include a spoken-word night Sept. 10 at the Blue Lion at UAFS Downtown theatre at 101 N. 2nd St., featuring award-winning Chicago poet, activist and educator Malcolm London; an open-air painting event for 18 regional artists dubbed “Unexpected Art in the Park” at Ross Pendergraft Park, located at 200 Garrison Ave., on Sept. 12 from about 9 a.m. to 5 p.m.; and a variety of other activities sponsored by downtown businesses and the Fort Smith Chamber of Commerce, demonstrating strong support from the community in realizing the festival’s potential to not only attract new businesses and young people to downtown but also to enhance tourism to the city.

As Kolberg said, “The wonderful thing about art is that it’s a conversation-starter with people whom you might otherwise not speak with … and it gives people new perspectives [that influence] how they think about themselves, their community and their place in it.”

And, as Dutoit explained, “… [street art] is a sign of vitality. A city that creates and evolves is a city that lives.”