Local arts and theatre organizations make Central Arkansas a premier destination to experience nationally acclaimed musicals, plays and works of art for all ages to enjoy. 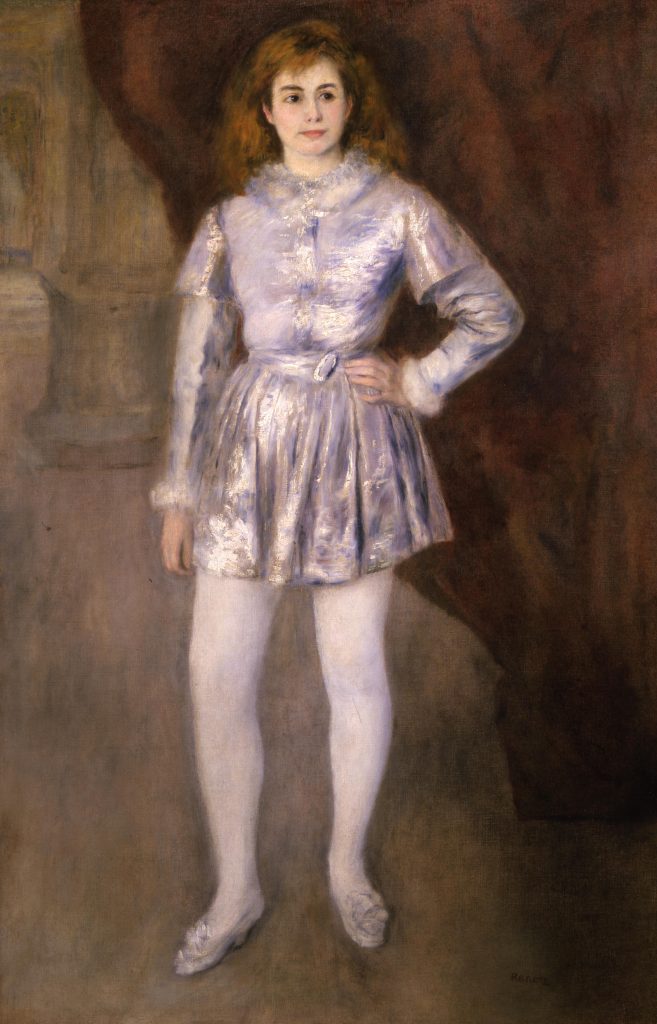 The permanent collection is ever changing, allowing the museum to display a variety of dynamic works.

“We change our permanent collection every six months, so there is always something new,” said Brian Lang, the center’s chief curator and curator of contemporary craft.

The 2016-17 season will include an array of art, including enameling, photography, watercolor, contemporary craft and more. “We have a wide variety of art we are bringing in. We have everything from watercolor to photography. We want to inspire wonder among our visitors, and we think our exhibits will do just that.”

Admission to the permanent collection is free to the public.

“We have works in our permanent collection from recognizable artists such as Picasso and Van Gough,” Kelly Cargill Crow said. Crow is the center’s communications manager.

The Children’s Theatre at the AAC is recognized by The Drama League as one of the leading regional theatre companies in America. The 2016-17 Children’s Theatre season will bring beloved tales to life during each fully staged production.

“We are delighted to host six energetic productions for our visitors to enjoy,” Artistic Director Bradley Anderson said. “We strive to create a dignified experience in a unique environment. We wish to spark in the minds of young people ideas that go beyond the entertainment value. We want children to see the shows, and keep expanding on them afterwards.”

“Our first show is the popular story about Alexander and his fabulous, yet horrible, bad day,” Anderson said. “Alexander and the Terrible, Horrible, No Good, Very Bad Day” opens on Sept. 23. The playful musical detailing Alexander’s adversity — from gum in his hair to lima beans for dinner — will run through Oct. 9. 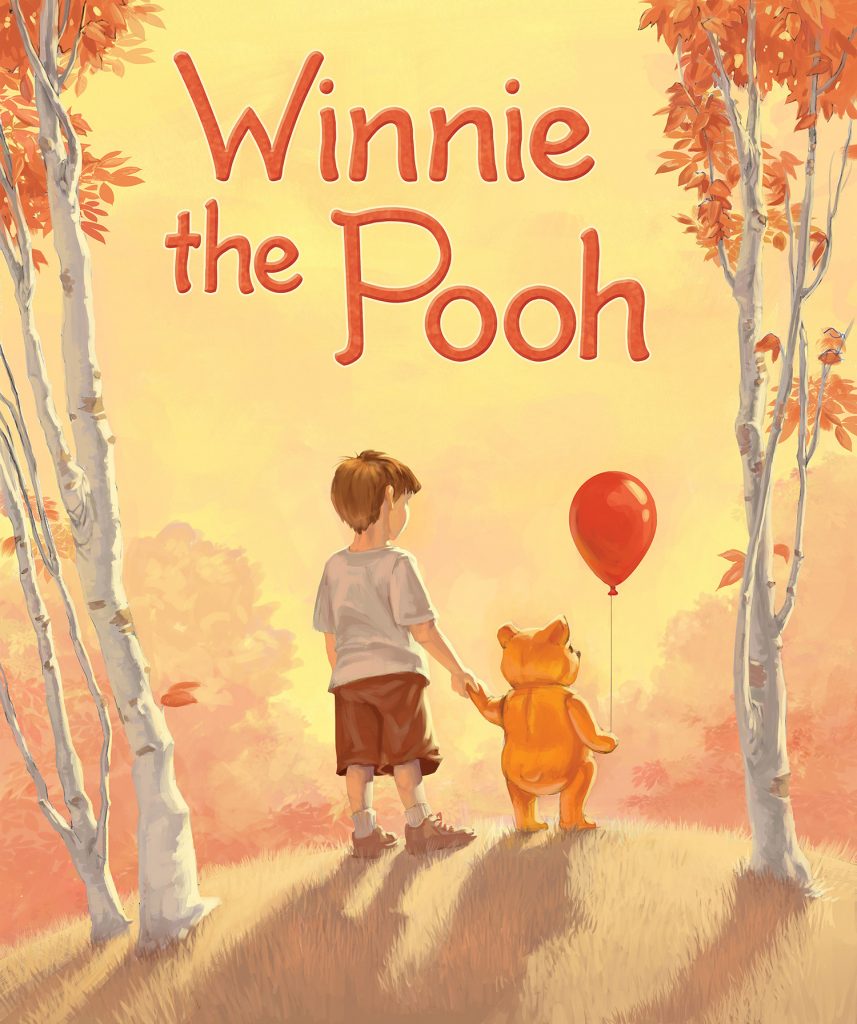 The classic story “Winnie the Pooh” will run Oct. 28 through Nov. 13 at the Arkansas Arts Center Children’s Theatre.

The beloved classic “Winnie-the-Pooh,” will transpire on Oct. 28 and run to Nov. 13. Spend the day with Pooh, Christopher Robin, Rabbit, Owl, Kanga, Roo and Piglet for a delightful, lighthearted spectacle. “Incorporating speaking animals was challenging, but we have combatted that with a surprise,” Anderson said.

“The Children’s Theatre gives young people, such as our daughter Margaret, the opportunity to ‘be’ the story,” Andrea Lowry said of her daughter’s roles. “What a beautiful treasure is shared out by ACT’s professional directors and actors, to young hopeful actors; and that is then shared from the children on stage to the children in the audience. It’s the magic of live theatre and the wonder of learning, all in one special place.”

“The Elves and the Shoemaker,” the cautionary tale of a poor cobbler who receives a magical gift, will wrap up the fiscal year from Dec. 2 to Dec.18.

Early in 2017, families will enjoy “The Laughable Legend of Fancybeard the Bully Pirate,” which runs Feb. 3 through Feb. 19.

Join Nancy and her pals, March 10 through April 2, for “Fancy Nancy the Musical,” as she auditions for a mermaid role in a show but is cast as a boring tree. Watch as Nancy finds a way to transform her dull role into something fabulous and fancy.

The season will close with the classical story of “Rapunzel.” This musical will run April 28 to May 14. “Many are familiar with ‘Rapunzel,’ but everyone may not know the whole story,” Anderson said. “We are pleased to wrap up our season with a cherished tale.”

Show times are Fridays at 7 p.m. and Saturdays and Sundays at 2 p.m. Tickets are $10 for AAC members and $12.50 for non-members; season tickets are available for purchase. For more information, log on to arkansasartscenter.org or call 501.372.4000. 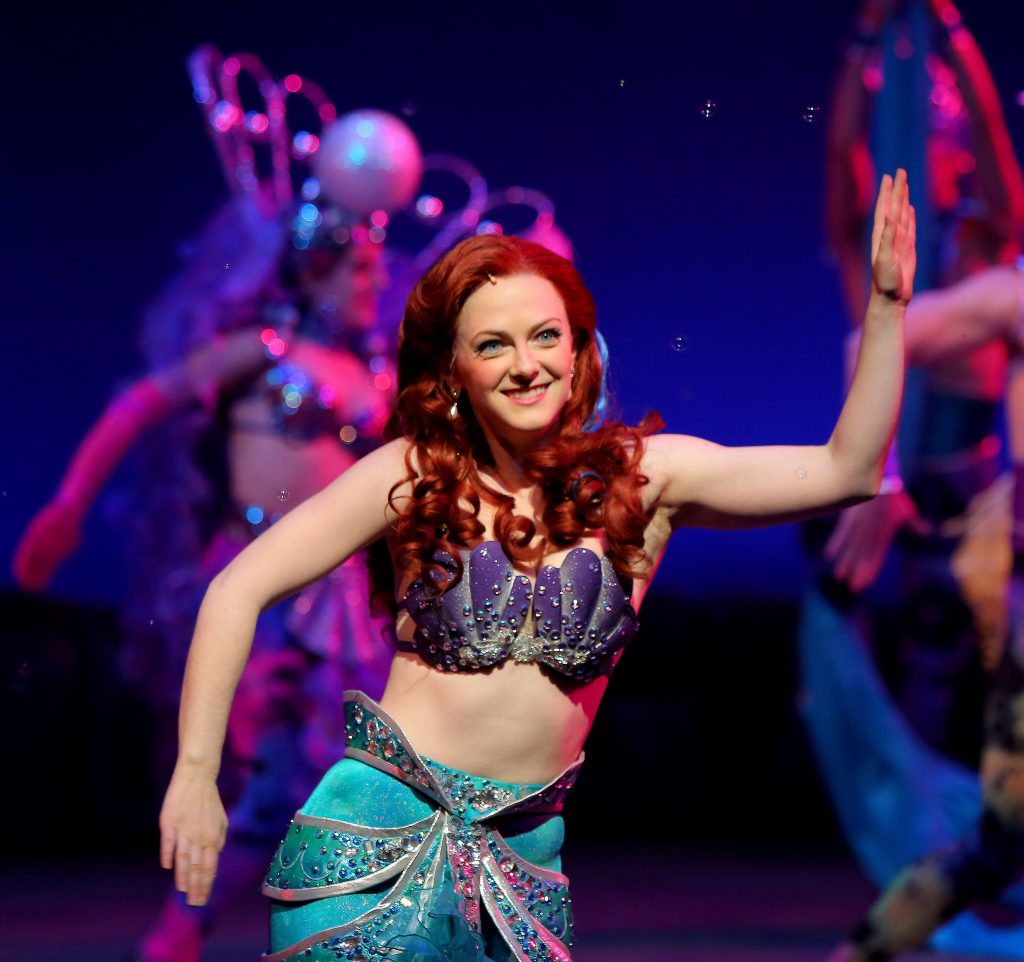 The Arkansas Repertory Theatre patrons can expect another show-stopping season as the professional theatre embarks on its 41st MainStage run. Commonly referred to as The Rep, the theatre located at 601 Main St. in Little Rock, has a complex selection process, which takes place each fall.

“Selecting productions is a multi-step process,” said Allyson Gattin, director of marketing and audience engagement. “It is a full year out before the producing artistic director chooses various productions for the upcoming season. Many factors come into play. Primarily, he looks for how the productions fit within the context of the theatre’s mission, its overall calendar of programming and events, the interest and excitement of Arkansas audiences, staff allocation and more.”

They also consider shows that have great appeal. “The goal is to build a diverse season, ranging from contemporary comedies and dramas to world premieres and the classics of dramatic literature,” Gattin said. “The producing artistic director then meets with staff members representing various aspects of the organization — production, marketing, box office, etc. — who join in analyzing the overall impact of the season. Once a season has been chosen, our managing director applies for the rights to produce the productions. Once shows are approved by the rights/royalties organizations, they are announced.”

“Monty Python’s Spamalot” kicks off the season on Aug. 31. The three-time Tony Award-winning musical runs through Oct. 2 and will be directed by Melissa Rain Anderson, director of last season’s “The Little Mermaid.” The comedy tells the story of King Arthur’s peculiar encounters during his quest to find the Holy Grail.

“I’m always compelled and inspired to work on a great comedy,” Anderson said. “I think the tag line says it best: ‘Lovingly ripped from the motion picture “Monty Python and the Holy Grail.’” The Pythons are famous for their silly, quirky comedy, and I’m a big fan of their style. Though the humor is irreverent, the tone is still very buoyant. There’s a sweet spot with delivering that type of humor. The key is committing to that zone and playing within that very specific zany realm.” 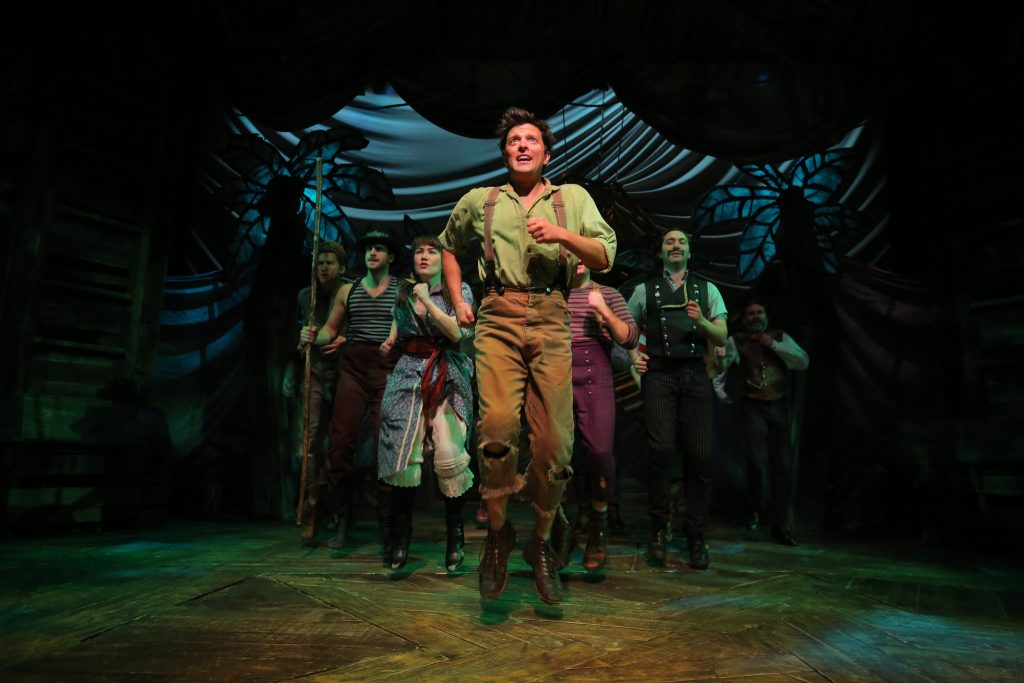 Anderson is fully committed to maintaining the honesty and originality of the show.

“And it’s all on the page,” she said. “There’s no need to comment or call attention to the jokes. It’s a wonderful tight rope to walk, and I am committed to maintaining that honesty. It’s a joyous event of a show, and I’m thrilled to be working on “Spamalot” again!”

Bob Hupp, former producing artistic director, said The Rep changed the scene a bit this season by opening a week early during the Labor Day weekend.

“We hope everyone will come out and spend their holiday weekend with us. This will also be the first time we will bring ‘Spamalot’ to The Rep; it is a funny, crowd-pleasing comedy,” he said.

“The Crucible,” directed by Paul Barnes, opens Oct. 26 and runs through Nov. 13. The American classic, written by master playwright Arthur Miller, will leave audiences with a thrilling portrayal of the Salem Witch Trials.

“We are thrilled to have Paul to direct ‘The Crucible’ this season,” Hupp said. “He has done remarkable work around the country. ‘The Crucible’ is currently on Broadway and making a real revival.”

“A Christmas Story,” the theatre’s holiday production, can be enjoyed from Nov. 30 to Dec. 24. The ageless comedy tells the story of Ralphie Parker and his laughable adventure of misfortune during the holidays. Mark Shanahan, director of The Rep’s recent production, “Peter and the Star Catcher,” sits in the director’s chair for this production. It has been seven years since The Rep produced this show; officials said they are delighted to bring it back.

To ring in the New Year, audiences can enjoy the lively musical comedy “Sister Act,” based on the 1992 hit movie, from Jan. 25 to Feb. 26. The rights were recently released for the live production. Baker will direct the upcoming production, which was originally derived from the book written by Cheri and Bill Steinkellner; additional material contributed by Douglas Carter Beane. 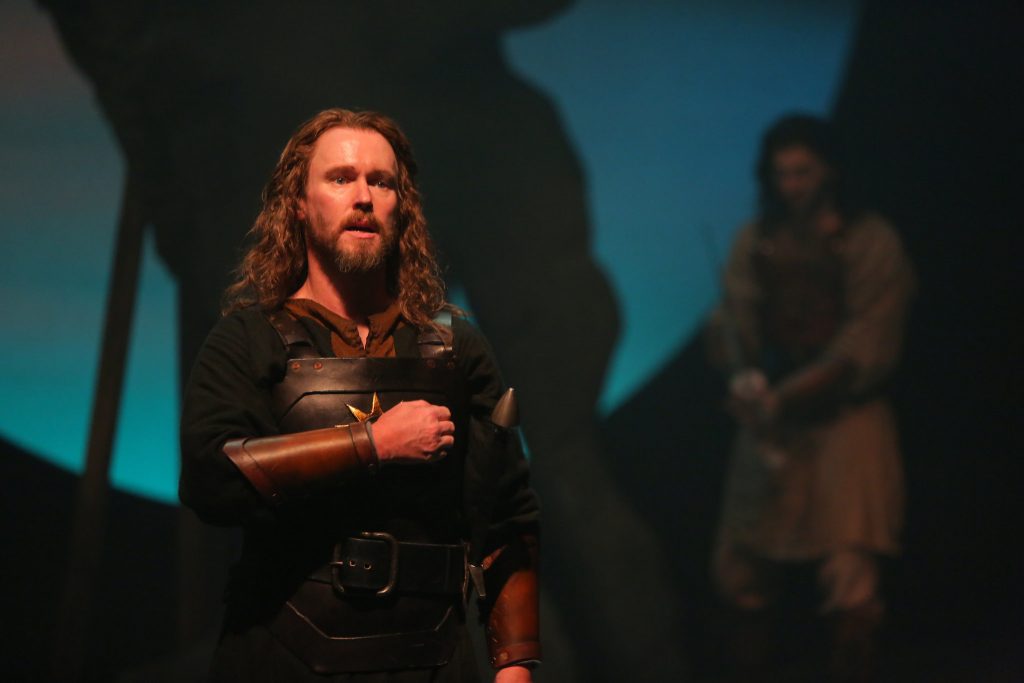 “‘Sister Act’ is the perfect show for a Girls Night Out,” Gattin said. She suggests gathering a group of ladies and heading to The Rep for a night of lighthearted fun and laughter. “We’ll definitely raise the roof with this effervescent production that will have everyone dancing in the aisles.”

Next up is a heartfelt comedy, focused on the tight-knit bond of family, “Jar the Floor,” by Cheryl West. The production highlights four generations of African-American women who come together to celebrate their matriarch’s birthday. “Jar the Floor” runs March 29 through April 16 and explores various emotions as tempers blaze and family secrets are revealed.

“Once a season we like to have one MainStage show that audiences aren’t familiar with — “Jar the Floor” is this season’s bit of unexpected,” Hupp said. “It will be a wonderful surprise for audience members. It has a lot of humor and heart.”

The season will come to an end on June 25 with “Godspell.” Based on a book written by John Michael Tebelak, “Godspell,” is a classical musical; directed by Donna Drake, who also oversaw “Mary Poppins.” The upcoming, re-imagined production of “Godspell,” kicks off May 31 and incorporates the Gospel according to Matthew with an unrestrained sense of glee. The Rep has partnered for a second season with aerial masters of 2 Ring Circus.

“They created the magic for ‘The Little Mermaid’ last season,” Hupp said. “I anticipate this will be an engaging and popular production.”

The Rep provides entertainment for audience members of all ages. Tickets go on sale Aug. 8 and may be purchased online at therep.org or by calling 501.378.0405.