Hundreds flocked to E. 9th Street over the weekend to spend a few final moments in the Arkansas Arts Center (AAC), until at least 2022. And although the Member Farewell Festival, exclusive to members of the AAC only, reads like a “goodbye,” it is actually a “see you, later.” For the next couple of years, the AAC will operate out of their new temporary location in Riverdale, on 2510 Cantrell Road, while they (and we) patiently await the fruits of their $128 million expansion project on 9th Street.

The festival was a celebration for the ages and already has us anxious and impatient for what is to come after the project is completed in (just) three years.

From 2-5 p.m., it was “family fun” time, with a number of activities for patrons of all ages, like face painting, a dance party, a pop-up shop and an inflatable fun zone. 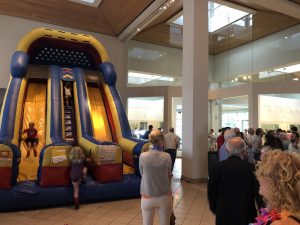 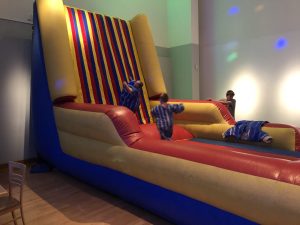 From 5 o’clock to 8, it was all about the adults. The 21 and up festivities featured karaoke, a tiki bar, photo booth, a beach party and tons of games (that pair well with alcohol) like Connect-4, baggo and miniature golf. 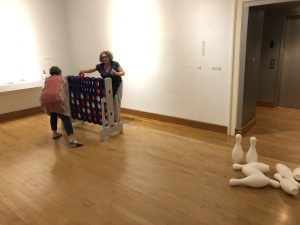 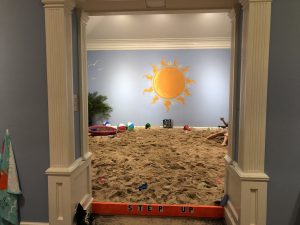 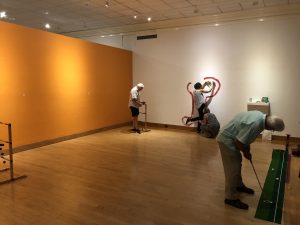 Despite the fun, food and booze, the best part of the night was the wall-painting. With all of the AAC’s art pieces moved over to Riverdale and other parts of the state during this transition period, members of all ages were encouraged to create art of their own on the now empty walls. Many members let their creative juices run wild, while others utilized the vacant space to give thanks – both to the AAC and to Warren Stephens, who issued a substantial donation to the renovation project. So substantial, in fact, that the new AAC galleries will be named the Harriet and Warren Stephens Galleries. 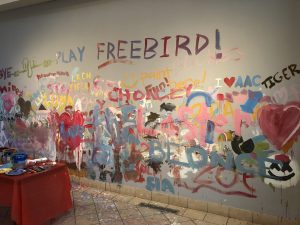 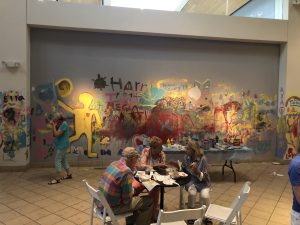 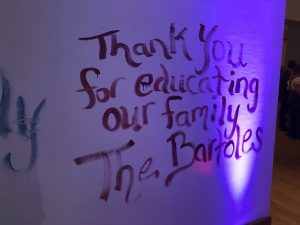 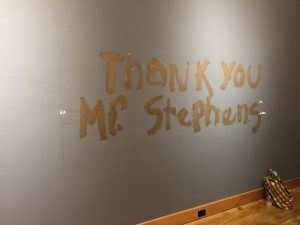 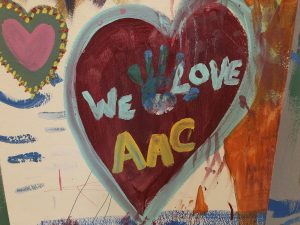