Academy of Country Music’s 2019 New Female Artist of the Year discusses songwriting, growing up in Arkansas and interacting with fans at Walmart in Van Buren.

Ashley McBryde stands on stage at TempleLive in Fort Smith on a rainy Friday night in May. Her dark, curly hair dips across one shoulder. Her skin looks like fine china in this light and against the burgundy-colored lipstick she wears. When she starts to sing, her fans either close their eyes and sway or cheer.

The 35-year-old carries Arkansas in her voice, every ounce of rushing water crashing from our waterfalls. Every hushed conversation at the altars of our churches. Every bar fight that started out as a joke.

When tonight’s sold-out crowd begins to sing McBryde’s words from her song “Bible and a .44,” she gives them the floor, beaming while she listens. If you could bottle this moment and offer it up, McBryde would likely become an addict. That’s how much she loves it.

As she says on her album of the same name, “Not bad for a girl going nowhere.”

McBryde was born in Waldron, where her father practiced medicine, farmed and preached part-time at Church of Christ meetings. Her mother read to her every night – a chapter from the Bible and a chapter from a Laura Ingalls Wilder book.

When she was in elementary school, the family moved, finally ending up in Mammoth Spring, a town that still has fewer than a thousand people.

At three, she picked up her dad’s guitar, hoping to play it. She stood it upright, like a bass, and was promptly told to put it down. Her grandmother stepped in, giving McBryde the mandolin she then learned to play by ear. A child-sized guitar followed, and at nine years old, she got a three-quarter-sized guitar.

McBryde says her mom sings like an angel, and on weekends and in summers, she’d go with her to bluegrass festivals.

“Bluegrass is unique in that the guys that are the best at what they do are completely accessible to a child sitting on a bucket,” McBryde says. “I could ask somebody, ‘How do I play an F (chord)?’ And they’d tell me.”

She is the baby of the family, the youngest of six. She thinks her place at the back of the line gave her the backbone she’d later need to make it in the music business.

“You had to be loud for them to remember to feed you,” she jokes, remembering what it felt like to be the littlest sister.

“If you get in a tight spot, you’re the only one that’s gonna get out of it. And, so, I developed a rapid-fire mouth. I’m not fast. I’m not big, and I’m not strong. So you gotta have something.”

She has more than “something.” Just ask Garth Brooks, whose phone number she keeps under an alias in her phone. Or Eric Church, who performed with her on this year’s Grammys, where her record, “Going Nowhere,” was nominated for Best Country Album. Or Miranda Lambert, who was sitting right up front during that performance and flashed McBryde the “rock fingers” as she walked on stage, letting her know she was going to do just fine.

McBryde has earned a wheelbarrow full of awards, including the 2019 New Female Artist of the Year from the Academy of Country Music.

While her voice is half the equation, the other half is her songwriting ability. She sometimes writes alone, like when she penned “Luckiest S.O.B.” while sitting on her mom’s couch. But she also writes with collaborators, artists she can’t praise enough. Often, her writing partner is her friend, Nicolette Hayford.

“During one session, I said, ‘We have something in common that I hate.’ Nicolette and I are both members of the Dead Brothers club. And both of our brothers were veterans. They died very, very different ways, but both were army veterans nonetheless. And, so, she said, ‘Yeah, what do you want to say about it?’ And I was like, ‘Well, I’m pissed off about it.’ So, she’s like, ‘Okay, let’s grab our cigarettes.’

“And I started bawling. And she goes, ‘Oh, sit down, grab your guitar.’ And, so, we wrote a song called ‘Two Birds, One Stone,’ and it was for both of us. Very, very therapeutic. I didn’t know I felt that way until we wrote that. Now we don’t even write anything down ’til somebody tears up.”

McBryde’s brother Clay was a 25-year veteran of the Russellville Police Department, who served in Iraq and passed away in June 2018.

On stage, fans can almost see the workings of McBryde’s heart. She uses “ma’am” and “sir,” “Mr.” and “Miss” when she addresses anyone who’s even a tad older. She’s one of the best huggers around. But she can also cut a path through a hayfield with that mouth of hers if an injustice arises. In real life, she often deflects difficult topics with humor, but in her songs, she has a vulnerability that seems to connect us all.

When small things go wrong, such as her bus breaking down, she gets excited, seeing a chance for a new adventure. And she’s never bored, not if she has her guitar nearby. Mostly, she sees kindness everywhere – in the fan who waits in line to meet her; in the man she recently met at Walmart in Van Buren, who couldn’t believe his good luck and blurted out, “Ashley McBryde, what are you doing in a Walmart?”

She’s felt that kindness on stage at the Grand Ole Opry, where she sang “Girl Going Nowhere,” a song she wrote with Jeremy Bussey in anticipation of being on that coveted stage one day.

Most of all, though, she feels that kindness at her mother’s side, a woman who lives in Mulberry, a town of 1,600 in Crawford County.

“Mom could fix a sink, mow the yard, patch up booboos, and feed the cows with you. She’s as tender as a kiss. Always wants to give somebody a hug and always looking to help.”

After the last song of the night, the crowd at TempleLive is not nearly ready to let McBryde go. She and her band come back, and the fans roar. McBryde snatches a Razorback ballcap from someone standing near the stage and puts it on. She sings again, that particular sound of hers, as sweet as summer corn, as strong as whiskey. This is McBryde’s home. This is her Arkansas. 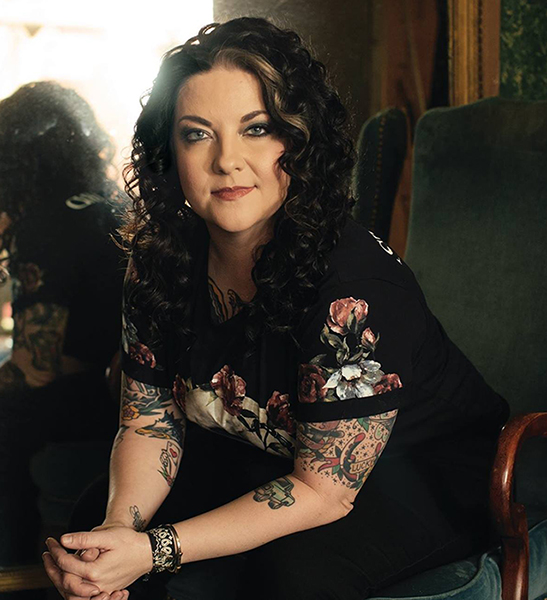 AY: What is your favorite meal?

AB: “My mom’s mashed potatoes are out of this world. Also, green beans from her garden, corn from her garden. Her fried chicken because her chicken gravy is ridiculous.”

AY: What’s something you can’t get anyplace else but Arkansas?

AB: “Every single time I come home to my mom’s, I do two things. I go down to that little quarter car wash and wash my truck, and I go to the Dairy Dip in Mulberry.”

AB: “When someone says I sing like my mom.”

AY: What are some perks of being a Southerner?

AB: “I think manners are cool. I think kindness is attractive.”