Ashley McBryde’s Next Album Named a Must-Listen for 2020 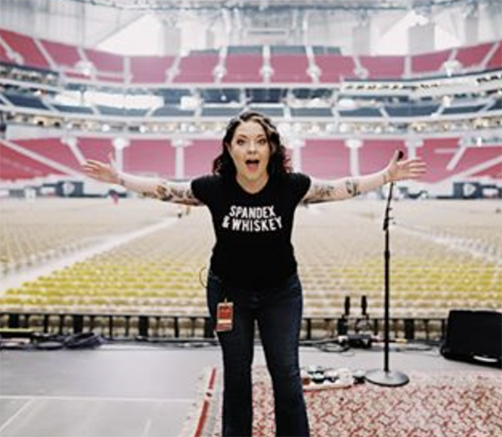 One of Arkansas’ rising superstars got a positive call out today for her upcoming album.

NPR called her untitled sophomore album, which is slated to be released in Spring 2020, as one of the five albums that “we can’t wait to hear.”

McBryde has not spoken in detail about her next album. However, speaking to The Boot, she says that her second album will see her taking new directions and will explore darker material.

She has already released one single that is expected to be on the album. In September 2019, McBryde released “One Night Standards.”

Since the release of her song “A Little Dive Bar in Dahlonega,” McBryde has been steadily picking up heat as a result of her passionate performances and wrenching song. In 2019, she was nominated for a Grammy for Best Country Album and received the ACM Award New Female Vocalist of the Year.