At the Heart: An Arkansas Heart Hospital Podcast 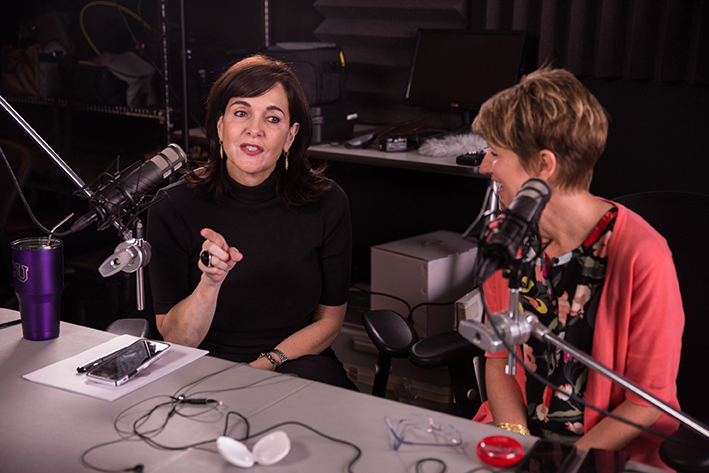 Arkansas Heart Hospital’s health experts have many things to say – and they have taken to the internet to say them.
The hospital debuted its own podcast, “At the Heart,” on May 22, quietly releasing episodes – more than a dozen so far – about sleep, heart and bone health, cardiac rehab, nursing and healthy eating on a budget.
Co-hosts Michelle Rupp, the hospital’s director of public relations and communications, and Lisa Fischer, former morning anchor for B98.5 and current AY contributor, have several more episodes in the works. A new podcast will be released every Tuesday at noon, each one running from 15 to 20 minutes.
“We’re going to talk about weight, exercise, BMI, and heart disease. We have an episode specifically about women and heart disease and another one on atrial fibrillation; what is it and what options does a person have,” says Rupp. “And we will talk about so many other things. We want to appeal to everybody. We have fun while we record. We are covering topics that are of interest and are timely to our listeners.”
The podcast, recorded at Arkansas Heart Hospital, gives the hospital’s staff an opportunity to talk candidly about the issues they know best.
“It is fun, and it’s a relaxing setting,” says Rupp. “Obviously we have doctors who are coming in but we’re also talking to other staff members, like for example the first podcast we released was about how to sleep well and we talked with the person who oversees our sleep study. Everything comes back to the heart, but we aren’t talking about heart disease in every podcast.” 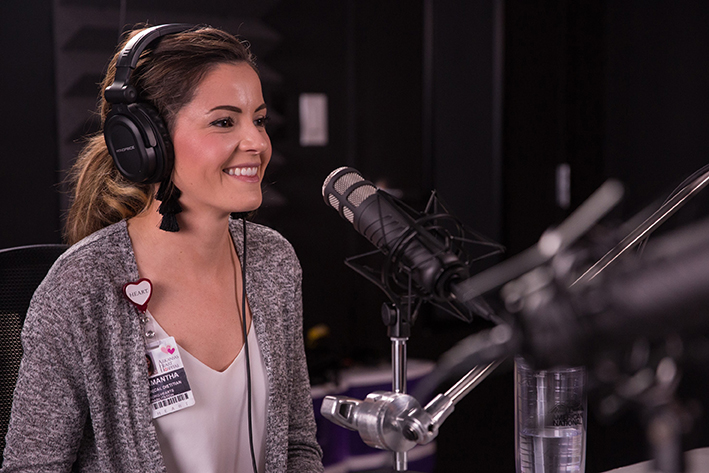 The podcasts give patients and non-patients alike a chance to hear from experts about topics that affect their health.
“There are other hospitals in the country, such as Cleveland Clinic and Mayo Clinic that also do podcasts,” says Rupp. “We are the first hospital in the state to do this, so that’s exciting. We are innovators.”
It’s been interesting to see who’s listening so far, she says.
“Our preliminary numbers show the largest group of listeners are from Little Rock but oddly enough the second largest is out of Dallas and then Memphis, followed by North Little Rock.”
One of the most listened to podcast features Chef Coby. He talked about the new Heart Hospital food truck and ramen. Other podcasts include fad diets, cholesterol, diabetes, exercise and the hospital’s Bariatric and Metabolic Institute.
“We’ll talk about the different types of bariatric surgery, and something else tailored toward bariatric is nutrition – before and after surgery,” says Rupp. “What does your nutrition look like? How do you navigate through the holidays and parties when you’re not eating like you used to and it’s completely different.”
At the Heart is available for streaming from the hospital’s website, ARHeart.com, as well as in the iTunes and Google Play stores. It can be played from Amazon devices – just ask Alexa to have AnyPod play “At the Heart.”
Read more about the Arkansas Heart Hospital here »