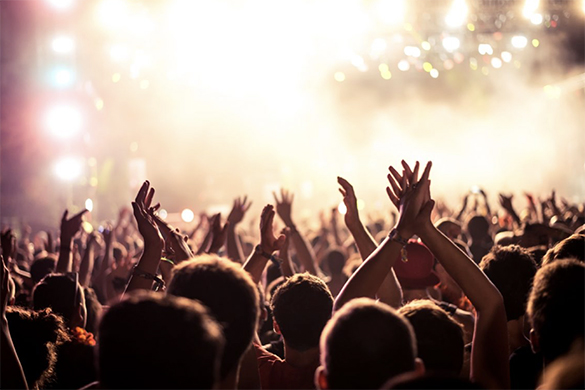 Alan Jackson is a country music legend known for honoring a “traditional country” musical style. This Country Music Hall of Famer has sold out shows and packed houses for decades.

Alan Jackson has sold over 80 million records, with 66 titles on Billboard Hot Country Singles & Tracks chart. Of the 66 titles, and six featured singles, 38 have reached the top five and 35 have claimed the number one spot.  Jackson is the recipient of two Grammy Awards, 16 CMA Awards, 17 ACM Awards and nominee of multiple other awards. He is a member of the Grand Ole Opry.

Alan Jackson’s “Honky Tonk Highway Tour” is adding more miles in 2018. Fans will hear the famous songs from the legend, including his debut hit, “Here in The Real World”…signature songs such as “Chattahoochee,” “Drive” and “Gone Country”…party anthems “It’s Five O’Clock Somewhere,” “Good Time” and many more.

Joining the stage with Jackson will be William Michael Morgan, an American country music singer and songwriter from Vicksburg, MS.  Morgan’s  debut single “I Met a Girl”, reached number two on the Country Airplay chart.  The song was co-written with Sam Hunt.

+LIVE+ & Bush | The ALTimate Tour
with Our Lady Peace

Joining +Live+ to the stage will be the English Rock Band “Bush.”Gavin Rossdale, the front man of the band said  “We are thrilled to be touring this summer with Live.” “The wealth and depth of songs from both bands should provide a great night of music. Looking forward to seeing you all this summer.”

The Canadian Rock Band, “Our Lady Peace”will also be joining the stage. The band has sold several million albums worldwide, won four Juno Awards, and won ten MuchMusic Video Awards — the most MMVAs ever awarded to any artist or group.

Rhett mentions his wife and daughters in his song “Life Changes” and they appear in the music video with him. He also included them in his video for “Look What God Gave Her.” On July 23 ,2019, Rhett announced that he and his wife were expecting their third child, another girl.

Nellyis a diamond-selling, multi-platinum, Grammy®award-winning rap superstar, entrepreneur, philanthropist and TV/Film actor. Within the United States, Nelly has sold in excess of 22.5 million albums. On a worldwide scale, he has been certified gold and/or platinum in more than 35 countries, estimates bring his total record sales to over 40 million sold. Nelly has continually raised the bar for the entertainment industry since stepping on the scene in 2000 with his distinctive vocals and larger-than-life personality.

One of the greatest legacies in music history can be summed up by just three letters—TLC.  Those characters merely hint at the talent of Tionne “T-Boz” Watkins, Rozonda “Chilli” Thomas, and the late Lisa “Left Eye” Lopes, but they immediately evoke an unparalleled journey nonetheless for this American girl group.

Having sold over 85 million records worldwide, TLC is the best-selling American girl group and second worldwide to the English group Spice Girls. VH1 ranked TLC as the greatest female group, placing them at number 12 on the list of 100 Greatest Women in Music.Billboard magazine ranked TLC as one of the greatest musical trios, as well as the seventh most successful act of the 1990s. The group’s accolades include four career Grammy Awards, five MTV Video Music Awards and five Soul Train Music Awards.

Flo-Rida (Tramar Lacel Dillard) will be taking the stage.is an American rapper, singer and songwriter from Carol City, Florida. His 2007 breakout single “Low” was number one for 10 weeks in the United States and broke the record for digital download sales at the time of its release. He is one of today’s most vibrant and recognizable superstars, a true international icon and history-making hip-hop hero.

The Smashing Pumpkins is an alternative rock band formed in Chicago, Ill. in 1988, The Smashing Pumpkins released their heralded debut album Gish in 1991 and found mainstream success with 1993’s four-time multi-platinum Siamese Dream and 1995’s ten-time multi-platinum Mellon Collie and the Infinite Sadness. With more than 30 million albums sold to date, the two-time Grammy®, MTV Video Music Award and American Music Award-winning band remains one of the most influential alternative rock bands in the world.

Gallagher has been one of the United Kingdom’s most loved and successful songwriters for over a quarter of a century. His latest album Who Built the Moon? debuted at No. 1 in the UK and was certified gold in less than two weeks of its release and marked his 10th

The band is touring in support of critically acclaimed EP The Missing Man. Since the release of 1995’s debut album Answer That and Stay Fashionable, AFI has written and recorded five top ten hit singles, including “Miss Murder,” and “Girl’s Not Grey,” which hit No. 1 on The Billboard 200 with the stunning platinum-certified Decemberunderground, garnered worldwide critical acclaim and amassed a fiercely loyal global following.

Sheryl Crow  is an American music icon. A nine-time Grammy® award recipient, her nine studio albums have sold 35 million copies worldwide and seven of them charted in the Top 10 and five were certified for Multi-Platinum sales.

In addition to such No. 1 hits as “All I Wanna Do,” “Soak Up the Sun” and “The First Cut Is the Deepest,” Crow has lofted 40 singles into the Billboard Hot 100, Adult Top 40, Adult Contemporary, Mainstream Top 40 and Hot Country Songs charts, with more No. 1 singles in the Triple A listings than any other female artist. Many artists have collaborated with her on special projects including the Rolling Stones, Eric Clapton, Smokey Robinson and Tony Bennett.

Crow is known for her passionate support of multiple charities including City Of Hope, Stand Up To Cancer, The World Food Program, Feeding America, ADOPT A CLASSROOM, TJ Martell Foundation, Elton John AIDS Foundation, MusiCares, the Special Olympics and many other worthy causes.

Jason Isbell hasracked up numerous achievements in 2018 including Best American Roots Song at the Grammys for “If We Were Vampires,” 2018 International Album of the Year for The Nashville Sound and Duo/Group of the Year with Jason Isbell & the 400 Unit at Americana Music Honor & Awards.  Jason Isbell as won four Grammy® awards.

“Jason Isbell &The 400 Unit”is Jason Isbell’s second full-length album, and first album released with The 400 Unit as accompanying band. The deluxe version of the album contains an additional four tracks. Modern Vinyl recently reviewed the new album and gave it an astonishingly high rating of 94%, simultaneously naming Jason Isbell and his band “the best working band in Nashville.”

Rascal Flatts is a popularAmerican country vocal group.  The group has been together since 1999 and iscomposed of lead vocalist Gary LeVox, his second cousin Jay DeMarcus on bass guitar, and Joe Don Rooney on guitar and banjo. DeMarcus is also a brother-in-law of country music singer James Otto, and formerly one-half of the Christian music duo East to West.

Their studio albums have accounted for more than 25 singles, of which 14 have reached No. 1 on Billboard Hot Country Songs and/or Country Airplay. Their longest-lasting No. 1 single, a cover of Marcus Hummon‘s “Bless the Broken Road”, spent five weeks in that position in 2005. In 2005–06, “What Hurts the Most” was No. 1 on both the Hot Country Songs and Adult Contemporary charts, and peaked at No. 6 on the BillboardHot 100.

Joining the Popular group on stage will be Australian Country Music Singer/Songwriter  Morgan Evans,  Evans released a self-titled debut studio album in March 2014, which peaked at number 20 on the ARIA Albums Chart. His 2017 single “Kiss Somebody” peaked at number 3 on the US Country Airplay chart.

READ MORE: Festivals for the Rest of Us