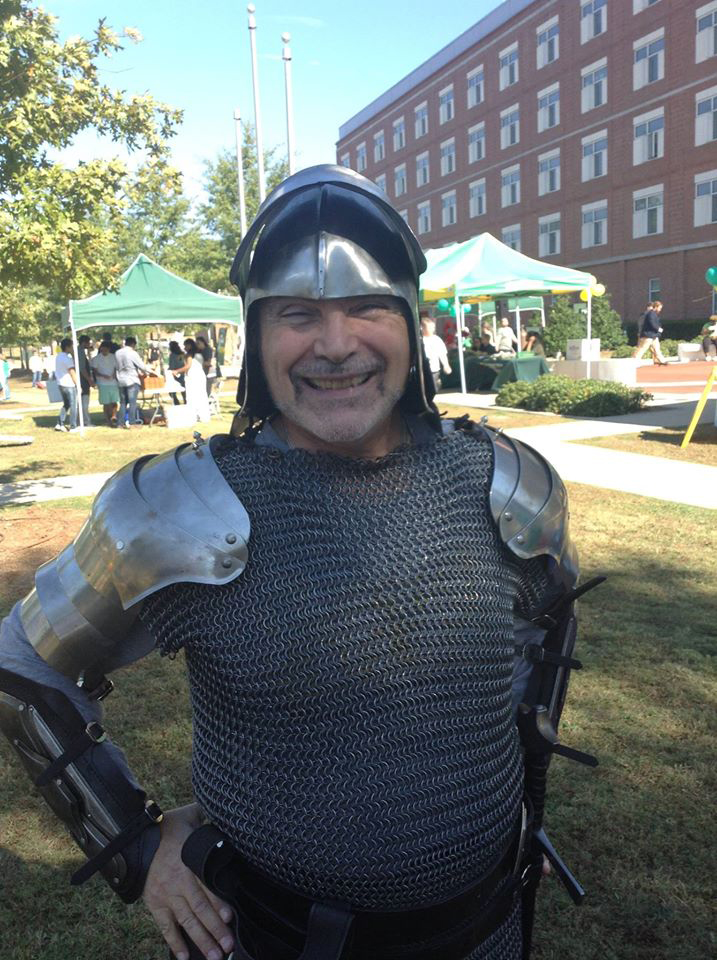 Hailing from Buffalo, New York, author and professor Stanley Lombardo has made Arkansas his home. Lombardo, an English professor, stays busy teaching many undergrad and graduate level courses at Arkansas Tech University (ATU); but in the limited free time he finds, he writes. Lombardo doesn’t limit himself to one genre or age group, he writes in many formats: screenplays, adult novels and children’s books.

Building his career in the River Valley for the last several years, Lombardo has taken inspiration from his surroundings to create some special stories. His children’s book series, “Lucas and Nellie,” follows the many adventures of a young boy named Lucas and a lake serpent he meets at Lake Dardanelle named Nellie. The main character Lucas is based on a real character in Lombardo’s life. “Lucas is my son. We live down a country road, and in order to get anywhere, we have to pass the lake,” says Lombardo. “He’s fourteen now, but when he was much, much younger, it was natural for me to make up stories when we passed the lake about the Lake Dardanelle serpent, Nellie.”

Lucas and Nellie: The Tale of the Lake Dardanelle Serpent

The stories grew from there of Nellie’s adventures, and eventually, the published duo “Lucas and Nellie” was born. Since its first publication, the children’s book has manifested into a series of four books so far, following Lucas and Nellie through many adventures and the introduction of new friends. The latest addition to the series, “Lucas and Nellie: Bear Cub’s Christmas,” which came out on Dec. 7, 2020, will soon be accompanied by two more adventures in the saga that Lombardo plans to publish in the spring. Lombardo’s other stand-alone children’s books include: The Raptor Who Ate Roses roughly based around a raptor skeleton Lombardo saw in a museum, and The Christmas Dragon, a story set in Maggiore, Sicily, where Lombardo’s mother’s side of the family is from.

Illustrating Lombardo’s children’s series, solo children’s stories and his novels is ATU alumni Miranda Ponder. Lombardo and Ponder began working together in 2012 after art faculty at ATU put Lombardo in contact with her. Ponder has illustrated many of Lombardo’s works with more planned for the future. “[Ponder] is professional, talented and understands the business,” says Lombardo. “I was fortunate to have her recommended to me. Her work is always amazing, but if I happen to have a tweak or suggestion, she gets it done.” Lombardo thinks back to the planning of The Christmas Dragon and Ponder’s ability to collaborate with Lombardo’s ideas for certain stylistic components that complimented the setting of the book. “[You] will notice at the top of the cover and throughout the book there are architectural designs,” said Lombardo. “That’s very characteristic of the medieval manuscript illustrations. In the text, she would add a large capital letter for the first letter along with an image of a griffin or unicorn, something to add to the time period and bring out the fantasy,” says Lombardo. “I can’t speak highly enough about her creativity and imagination.” 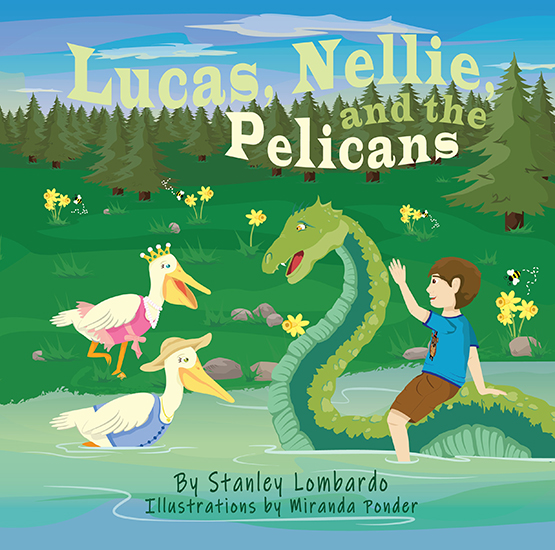 Lucas, Nellie and the Pelicans

Other published works by Lombardo include: The Crosstime Adventures of Carter Paxton, Song of the Highwayman and A Rumor of Innocents. From a time-traveling cowboy to a complex supernatural world, Lombardo has more ideas up his sleeve. “I have about three works in progress that are in varying stages of completion,” says Lombardo. One of these works is a completed screenplay that he is now creating a novel adaptation for. “A screenplay must be concise,” says Lombardo. “The maximum length of a screenplay is 120 pages because in screenplay format, one page should be one minute of screen time and the average movie is two hours long. So, you don’t put in details you would ordinarily write in because that just adds to the length. In writing a novel, you want all that massive detail that never made it to the screenplay, and sometimes it’s easy to do, and sometimes it’s not.”

Being a professor and professional writer has proven beneficial for Lombardo’s students at ATU. Of the many courses he teaches, he does many creative writing courses for undergrad and graduate students. As a published writer who has worked with agents, editors and publishers, Lombardo is able to shed light on the publishing industry and give his students a few pointers on what to be prepared for when first venturing into the business. “A pet peeve of mine with publishers is their tendency to restrict publications to authors that appeal to a certain market as opposed to accepting public submissions, or a wider range of genre,” says Lombardo. “The publishers tend to play favorites with big names.”

An additional tip for new writers is to have something for the publishers to publish. “[Writers] have to have something to sell. Not an idea, but a completed work and maybe another work in progress,” says Lombardo. “Another trap many new writers fall into is not learning the submission process before they start submitting. Query letters are so important, and that’s the first thing any writer should learn to do is write a good query letter. This letter is important because you should never send unsolicited manuscripts – nothing bounces back faster than an unsolicited manuscript. Send the query letter with a synopsis or the first three chapters or parts of a work. Every editor has different requirements so don’t send the same submission to every publication, it must be fine-tuned to the specific editor or publisher.”

One word of advice that Lombardo’s students are all too familiar with is “just write.” Lombardo has strong feelings about “writer’s block” and the stupor many writers, ameteur and famous alike, all fall into. 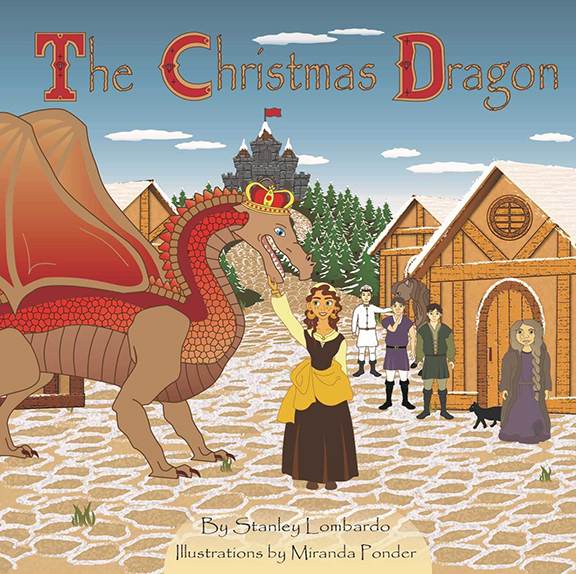 “I think ‘writer’s block’ is a myth, it’s an excuse. I think that anybody who wants to write is going to write if they want to do it badly enough,” says Lombardo. “A cure for ‘writer’s block’ is to simply sit down and write, even if it’s just random words and phrases, write. In my classes, we discuss Robert Heinlein’s five rules for professional writing. The first rule is you must write, the second rule is you must finish what you start, and the third rule is never revise until you have completed a work. The revision process is why writer’s block is no excuse because if you sit down and start writing words in a row and they don’t fit, they don’t belong, you’ll edit them out in the revision.”

All writers struggle in some capacity. Whether that be motivation, ideas or time, every writer falls victim to their kryptonite. For Lombardo, the struggles vary from book to book and from week to week. “Sometimes it’s a lack of information, at which point I stop to do some extensive research. Sometimes, it’s a lack of time. My workload varies from semester to semester, and then I of course need time with my son, and his needs can be greater than others – he’s a teenager now and he has all of the teenage things down pat,” says Lombardo with a laugh. “Ultimately, my main point of struggle is keeping my name in front of readers. That’s why I like the Lucas and Nellie series, and I try to keep thinking about other shorter projects that I could be working on.” 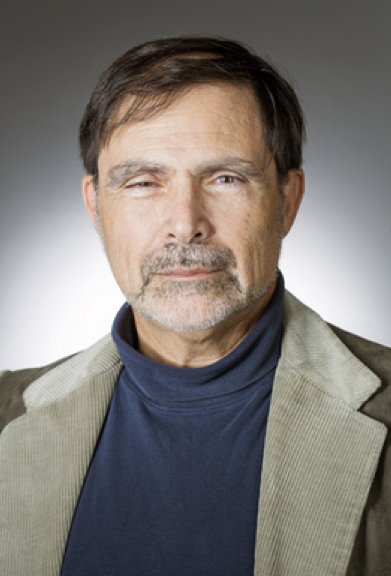 “There are at least three shorter works that I have concepts for but haven’t started yet. It’s difficult finding a balance between my shorter and longer stories, and some writers will say not to take time away from the longer stories and to only focus on them, but in the long run I think this is better for me to stay in front,” says Lombardo. “What I do for my children’s stories is I keep a notebook, or several, and I carry one with me wherever I go. Let’s say I go to IHOP by myself for waffles and a coffee, I can sit there and scribble down ideas and stories to go back and revise later. Little by little with more notes, I have a story.”

Keeping the stories flowing this year, Lombardo is staying true to his mission of staying in front of readers. With a couple of stories scheduled to come out this spring and more throughout the year, Lombardo has a busy schedule ahead. Through it all, he encourages writers that have not yet taken the jump into professional writing or sent their completed works off to be reviewed to make that move. “I encourage any prospective young writer, or even a prospective old writer, to write,” says Lombardo. “Many people have ideas for books, and they never write them. The ones who really have a story to tell will do it. Write.”

Find Stanley Lombardo’s books on Amazon in paperback and Kindle formats (Lombardo would like to note that there is another Stanley Lombardo who is a classicist so try not to confuse the two), or you can find all of his works at Dog Ear Books in Russellville.