Check Out AY’s Food Bucket List on The Vine! 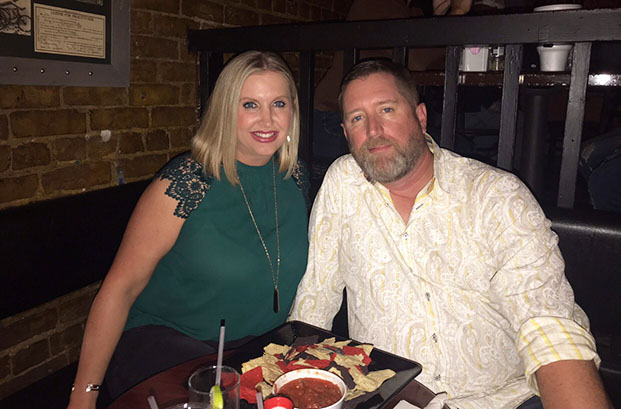 Do you have an appetite? After hearing about AY Magazine’s Food Bucket List, you definitely will! 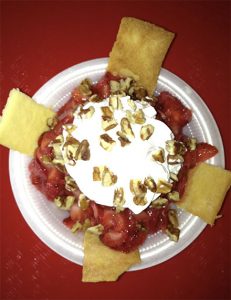 Shortcake at the Bulldog Restaurant

AY Publisher Heather Baker dropped by The Vine today to talk about some of the best spots to eat at in Arkansas with host Laura Monteverdi. Starting off the segment, Heather revealed the cover for AY’s March issue, featuring a massive Big Orange burger. “We have some of the best restaurants in Arkansas in there. That is a Big Orange burger. Everybody loves Big Orange,” Baker says.
One of the highlights of the March issue is the Food Bucket List, which highlights 100 outstanding restaurants throughout the Natural State. The restaurants are spread across the state, from north to south and from east to west. In fact, you’d be hard pressed to find someone who’s tried all of them – besides our resident food expert Kat Robinson, of course.
“When I went through the list, there was literally a handful that I’ve only been to. I’ve put them on my checklist, and we’re going to head across the state,” Baker says.
Heather told Laura about some of her favorite food spots that made the list. The first is the Bulldog Restaurant in Bald Knob, which she says has phenomenal strawberry shortcake. “They are famous for their shortcake,” she says. “This was an incredible experience.” 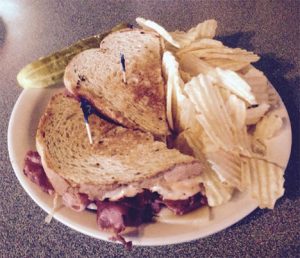 A sandwich at Gadwall’s Grill

Her next pick is a little closer to home – Gadwall’s Grill. Located in Sherwood, Gadwall’s has an extensive menu featuring burgers, sandwiches and cheese dip.  “This is a staple for Sherwood. This is someplace that I’ve gone my entire life,” Baker says.
The Ohio Club is another stop on the AY Food Bucket List. This famed Spa City hotspot is for those aged 21 and up, and features live music. The restaurant is renowned for its burgers and its connection with Al Capone. As Heather says, “This is a fun place to go for a date night.”
Loblolly Creamery nabbed a spot on the bucket list for obvious reasons. It has delicious ice cream! Heather says her go-to ice cream is “the salted caramel for sure.”
A South Arkansas restaurant also was named on the bucket list. This restaurant, Hoots BBQ, also won the award for best dessert in AY’s Restaurant Reader’s Poll.
Make sure to check out the full list in AY Magazine, which hits newsstands this Friday.
READ MORE: Cheers is Heading to Northwest Arkansas