AY’s Picks for the 2021 Academy Awards 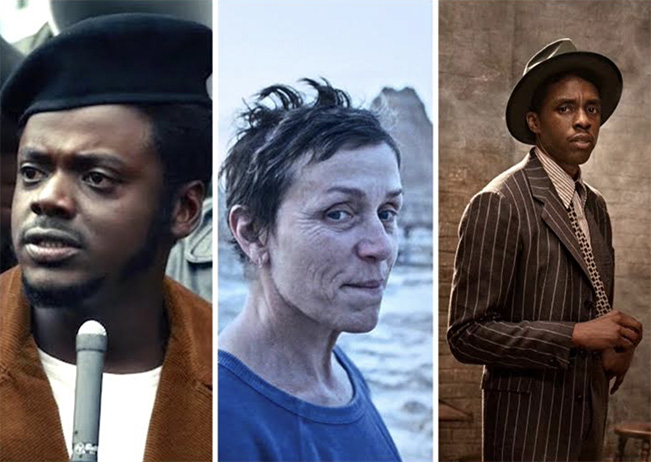 Every year, the Academy of Motion Picture Arts and Sciences honors the best in filmmaking. In the 93rd Academy Awards, the organization will recognize films made during 2020.

It’s been a discombobulating year for everyone in 2020 due to the COVID-19 pandemic, which has created an unprecedented health crisis and disrupted industries worldwide. One of those industries was the film industry, which virtually shut down in the wake of the pandemic.

While films were still released, until recently, movie lovers were unable to see them on the big screen. Instead, streaming services had the home court advantage for movie watching.

Despite this disruption, there were great films released in 2020, and AY Magazine is highlighting our picks for the 2020 Oscars.

Actor in a Leading Role

There seems to be a strong trend toward nominating actors for Oscars when they have two strong performances in a given year. Look at Scarlett Johasson last year for Marriage Story and Jojo Rabbit or Cate Blanchett in 2007 for Elizabeth: The Golden Age and I’m Not There. You’d have to go back to 2004 for a win, when Jamie Foxx received the Best Actor Oscar for Ray while being nominated in the Supporting Actor category for Collateral. This year, it’s Chadwick Boseman’s turn. Except, he’s not nominated for his turn in Spike Lee’s Da Five Bloods. Despite this omission, it’s a worthy turn that deserves a nomination. He should make up for it with a Best Actor win.

Wakanda forever. Chadwick Boseman was never one to deliver a lacking performance, whether cast as real-life legends Jackie Robinson and James Brown, or in tights in front of green screens as Black Panther. Give his legacy this much-deserved recognition this year, which would (somehow) be his only Oscar.

Some have considered Chadwick Boseman’s wins so far this awards season as the “right” thing to do, rather than earned honors. I believe those people have not actually seen Ma Rainey’s Black Bottom. If Boseman was still alive, his wins for his role as Levee would still be valid, but the fact that this was his last role ever adds a layer of depth that would otherwise be missing. Levee’s monologue about religion and death is already a powerful scene, but even more so knowing now that Boseman was battling a deadly illness that no one knew about. I believe the words of August Wilson and the context of Boseman’s real-life was the perfect cocktail for this role and that Boseman will win the posthumous Oscar. 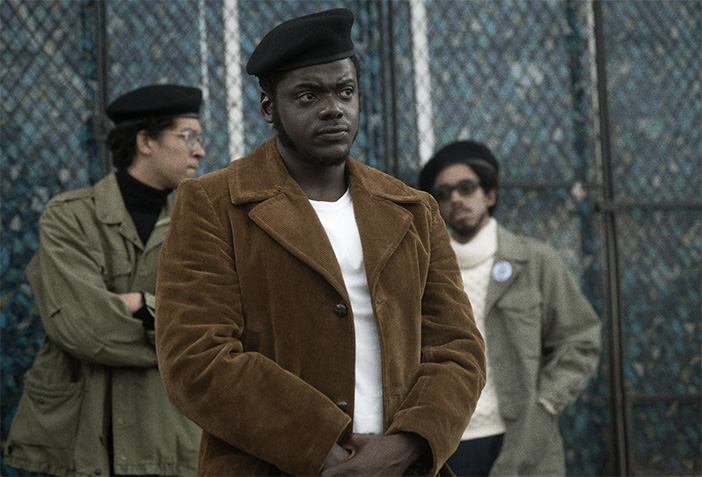 Actor in a Supporting Role

Sacha Baron Cohen, The Trial of the Chicago 7

Daniel Kaluuya is finally getting the attention he deserves. Despite being in one of the biggest hits of the last 10 years (Get Out), Kaluuya always seems to elude mega-stardom. He’s an impressive actor, and one who is already defining what it means to be a modern young actor.

Apparently, Judas and the Black Messiah didn’t have a leading role; but at least both LaKeith Stanfield and Daniel Kaluuya were recognized as nominees, regardless of category semantics. I think Kaluuya gets the edge over Stanfield and the rest of the field, however. Keeping with the theme so far, this would be his first Oscar. Although, unlike Boseman, he’s been nominated before, for 2018’s Get Out.

I consider Daniel Kaluuya’s role as Fred Hampton a leading role, but the Academy thinks otherwise. Nevertheless, I believe he will take home the statue for Judas and the Black Messiah. Kaluuya is no stranger to roles that speak on the Black experience, yet he brings something new to each one. This film is no exception. It introduces younger generations to the heroic activist that was Fred Hampton and Kaluuya’s portrayal is spot-on.

Actress in a Leading Role

Vanessa Kirby, Pieces of a Woman

I was torn between Davis and Carey Mulligan for this category. I opted for Davis, but Mulligan would be an equally worthy recipient. 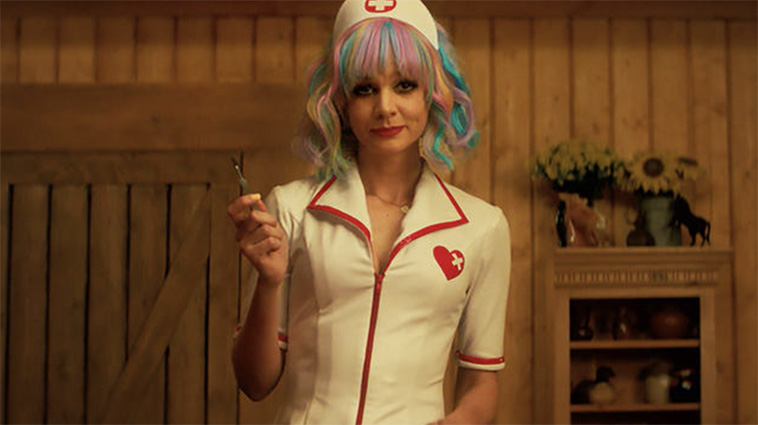 I still carry a bitter taste in my mouth for Carey Mulligan’s lack of a nomination in 2018 for the Paul Dano-directed Wildlife, a movie that I felt was snubbed in multiple categories. But I’m glad to see her recognized this year for such a poignant movie for our times, in the midst of the #MeToo era.

Viola Davis is physically unrecognizable as blues singer Ma Rainey in Ma Rainey’s Black Bottom. While the transformation is impressive, it is her sternness that makes this performance Oscar-worthy. Ma Rainey knows she is a star and knows her worth; after years of success in Hollywood, Davis knows hers, as well. She relates to Ma Rainey on a deeper level and that translates beautifully on screen. 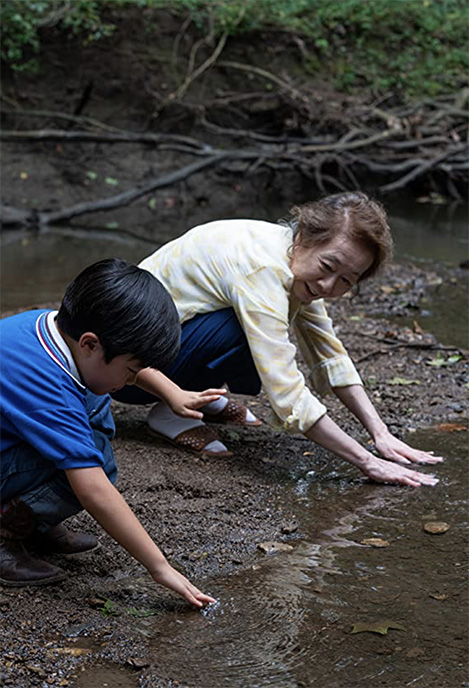 Actress in a Supporting Role

I don’t have a Korean grandmother, but if I did, Yuh-Jung Youn’s character is the one I would want. Sly and mischievous, Yuh-Jung Youn delivers a heartfelt and wise performance that lingers with me, months after watching the film.

The film Minarihits close to home for us in Arkansas. Its director, Lee Isaac Chung, grew up in Arkansas, and the synopsis for the film revolves around the state. I’m a homer in a lot of ways for this pick, but that shouldn’t detract from Yuh-Jung Youn’s performance, which is more than worthy of recognition. 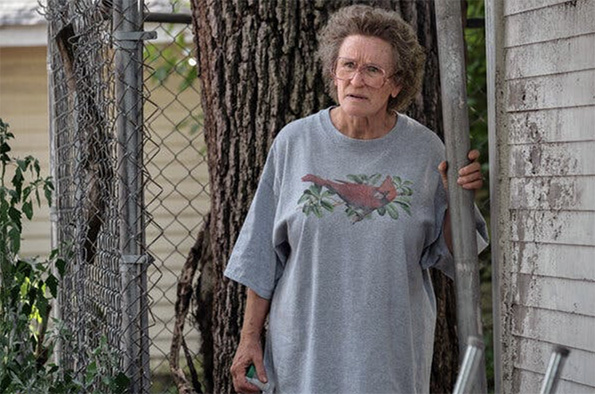 Hillbilly Elegy, and Glen Close, received negative reactions for what critics believed to be “over-acting.” However, if you have ever experienced life in a rural, impoverished community, you will probably agree that this movie was pretty realistic. Glen Close, as Mamaw, is the feisty matriarch of the Vance family who tries to steer her grandchildren towards a path that will uplift them from their current situation. Close brings a fierceness to the role that will make you sit up straight as a viewer. 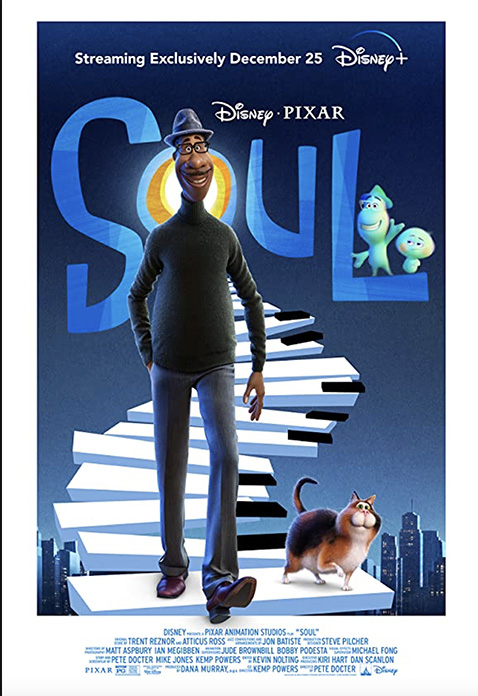 A Shaun of the Sheep Movie: Farmageddon

It rarely pays to bet against Pixar when it comes to the Animated Feature Film category.

Leave it to an animated film to leave me ruminating over existential thoughts for days afterward, but I suppose that’s what is to be expected when we see that Pixar lamp come hopping into the pre-credits sequence. I’m not complaining. Soul was very near perfect in my eyes and one of my favorite movies of the year, regardless of genre.

Is this a typical Pixar tear-jerker that reminds us life is about more than whatever it is we are stressing over? Yes. Does that make it any less impactful? Absolutely not. I wish there was a film like Soul when I was a kid trying to discover my “passion.” As an adult, it has taken years to be OK with being passionate about all kinds of things, and ebbing and flowing with life. Pixar masters these important messages, and they benefit both kids and adults alike. I think we are all better for seeing films like Soul. (Plus, the music is fantastic.) 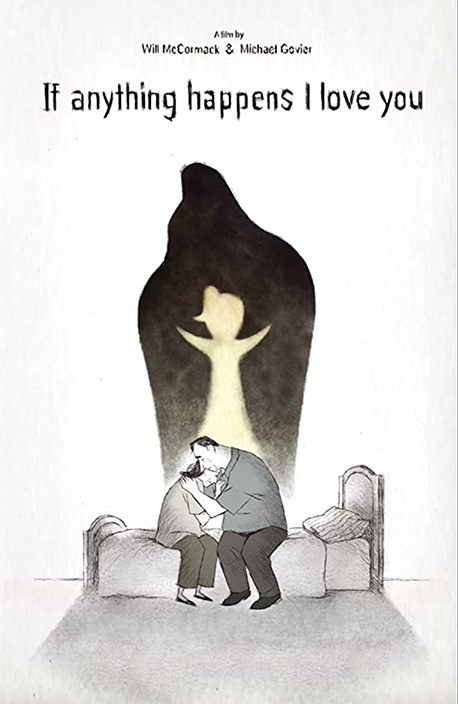 If Anything Happens I Love You

If Anything Happens I Love You

Tyler: If Anything Happens I Love You

Using classic hand-drawn animation, this film conjures up powerful emotions, touching on one of the most divisive subjects in modern life without being overtly political. It’s a gut-punch, sure to give rise to welled up emotion.

Dustin: If Anything Happens I Love You

Selfishly, part of me felt like not watching this short film — and after viewing it, felt like I almost shouldn’t have. As a human with empathy, it’s a very emotional journey through the lens of two parents who lost their child to a school shooting; as a new father, it presented a novel perspective and was even more heartbreaking to me than similarly themed projects have been in the past. It’s a harsh dose of reality for a country where such instances are not rare.

Darby: If Anything Happens I Love You

Arkansas native Jayme Lemons was an executive producer for this gut-wrenching and poignant short film. If Anything Happens I Love You takes out all of the noise we often hear after a mass shooting: the noise of the media, the noise of our friends on social media, the noise of protestors, etc. Instead, it spotlights the quiet; the quiet that comes after losing a loved one. When the pain is so heavy that there are literally no words. It focuses on what truly should be focused on when tragedies like this happen: the victims and their families. If Anything Happens I Love You is moving and should be required viewing. 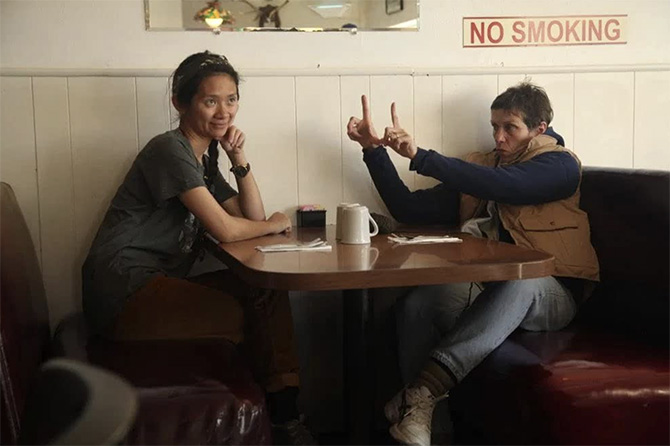 Thomas Vinterberg, Another Round

With both the Best Director and the Best Picture categories, I am once again conflicted, as I was with the Best Actress slot. My dark horse candidate would be Lee Isaac Chung, but Chloe Zhao looks to take the top directing prize this year. 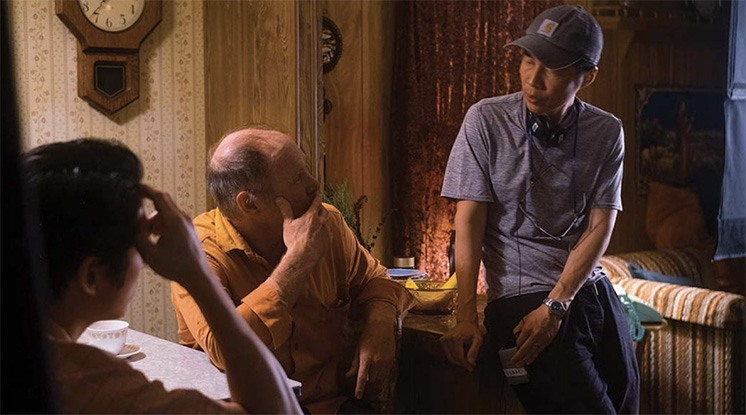 Did I mention being a homer? Lots of buzz has circled this movie as potentially being this year’s Parasite (even here at AY), and probably for good reason. Call it or Lee Isaac Chung a dark-horse nominee, and that’ll just make this Arkansas underdog story that much sweeter.

The timing of the release of Nomadlandwas, in my opinion, perfect. It is a movie about loss, connecting with others who have also experienced loss, and finding a way to move forward. Chloé Zhao has, thus far, directed lesser-known Indie films. I believe Nomadland would have been categorized that way, as well, if not for the context of the pandemic. The scenes are beautiful, there is not a ton of dialogue, but it is impactful, and Frances McDormand was a perfect casting choice (and she took the role thanks to Zhao and her vision). This movie has, rightfully so, made Zhao a household name and we will not be seeing the last of her.

Judas and the Black Messiah

The Trial of the Chicago 7 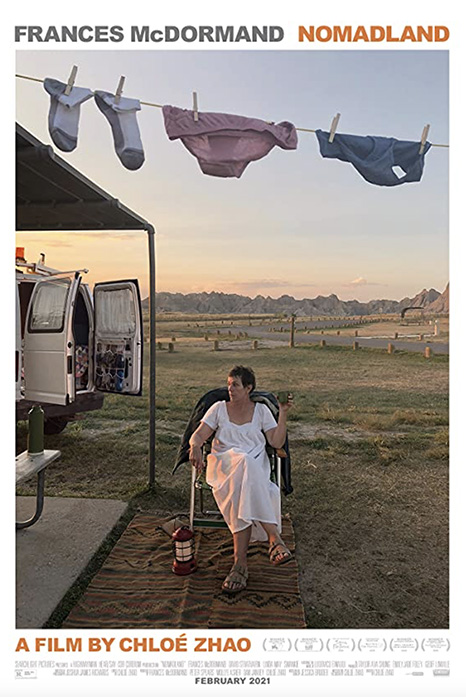 The Academy tends to go with the Best Director winner’s film for the Best Picture category, and I don’t see that trend being upset this year.

The Trial of the Chicago 7

Dustin: The Trial of the Chicago 7

Aaron Sorkin doesn’t have many credits to the directorial side of his filmography, but the screenwriter has proven himself a formidable double-threat with this film. (In fact, it’s a bit curious that he’s not up for Best Director.) The Trial of the Chicago 7 has the true story element going for it, but it was told in an even more unique way than is usual for that genre, which I think the Academy will eat up, and gives it the slight edge over what seems to be the favored pick by most in Nomadland. 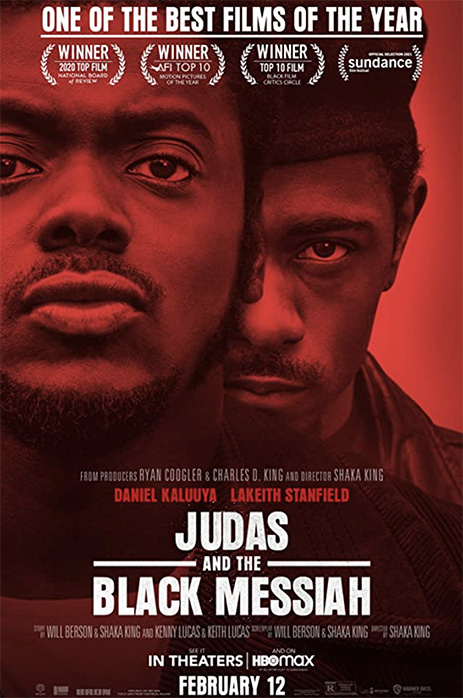 Judas and the Black Messiah

Darby: Judas and the Black Messiah

Although this year was strange for movies (and everything else), we were given some really great ones. My favorite film of the year is Judas and the Black Messiah and I believe it will take home the top prize. The story is important, the cast includes several heavy hitters, and it lingers with the viewer long after the credits. While the film is entertaining, it also inspires us to take action and to not allow history to repeat itself. This movie will not simply be forgotten in a few years, as there is still change that needs to happen. Hollywood should continue to bring these stories to film and the Academy should continue to recognize them as the great works that they are.

READ MORE: This Year’s ‘Parasite’? A Review of ‘Minari’