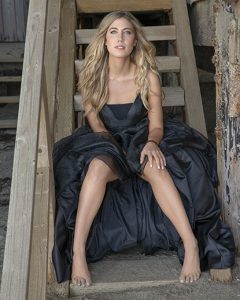 Music is a passion for Arkansas native Bailey Hefley. Listening to her new single “Dust on a Diamond,” you can hear the raw emotion, heartbreak and acceptance coursing through the song.

AY caught up with Bailey to talk about growing up in Arkansas, being inspired by Shania Twain, and her new single, which releases April 19.

AY: What were your early years like in Arkansas?

Bailey Hefley: I’m from Little Rock. I grew up on a farm, and I moved out to the farm when I was nine. My dad and I spent a lot of time in his truck, driving back and forth from the farm and town, as we called it because we were way out in the country. That’s when I truly fell in love with country music.

When did you realize that you wanted to pursue a career in music?

I decided I was going to go full steam ahead, I was 11 years old and I begged my mom to take me over to Nashville. I saw a documentary on Shania Twain and I saw that she’d played bars in Nashville.

When did you begin writing songs?

When I was almost 16 years old. So I came over to Nashville on one of those weekend trips with my mom and I ended up meeting a guy named Bobby Pinson and he became a huge part of my story because he really influenced me in the song-writing realm. He wanted me to learn to write songs and it was a no brainer once he brought it up. I thought, ‘I can’t believe I haven’t done this before.’ I had been journaling, and when I was a little kid, I would write storybooks. So this was just kind of natural and I fell in love with it and I didn’t stop.

Who are some of your musical influences?

I love Shania Twain. She was one of my huge idols growing up. Faith Hill, the Dixie Chicks. I also listen to a lot of Garth Brooks. I would also say LeAnn Rimes. She really inspired me when I was younger. Another one of my heroes, ironically because I am actually working with her as my producer, is Jamie O’Neal. 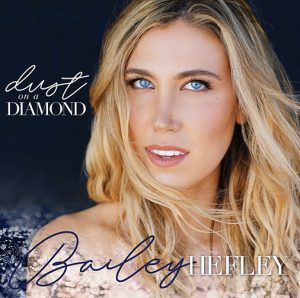 What’s your single, “Dust on a Diamond”, about?

This song is super important to me. I went through this breakup and I lost this guy that I cared a lot about. And I questioned myself. I thought, ‘What’s wrong with me?’ And I kept looking in the mirror and I would cry. That was at my lowest point. And I would just say, ‘Why me?’ I would even ask God, ‘Why is this happening?’

And one thing I really realized is that it’s not necessarily happening to me – maybe it’s happening for me. Maybe it’s part of my path. And also what’s meant to be will be And then I sat down one day and I wrote this song and it just kind of all became so obvious to me and concrete and I listened to it for hours on repeat. But then that was that I felt so chill and I really hope that everybody can feel like that if they’re going through something similar. I would say I would really hope that other girls can feel something.

How did you come up with the title for the song?

It was actually kind of a cool moment.  This has never happened before as a songwriter. So we’re in the room and we actually didn’t come with title first. I came in and telling the whole story and the guy and then basically we started at the top and then we looked at each other when we got to the part where we needed to write the hook. Literally at the exact same time, we all said, ‘Dust on a Diamond.’ It was really cool.

What do you want listeners to take from the song?

I’m a big dreamer, and I would like to change the conversation that girls have with themselves. For example, I just got a video from a seven-year-old girl singing this song and that made my morning. because maybe this girl will learn something from these lyrics at such a young age and maybe she won’t go through what I went through. Maybe she’ll truly believe she’s worth it when that guy breaks her heart. And maybe the girls that are going through right now will listen to it and go, ‘You know what, I am worth it.’

What has the process for producing your music been like?

I’m learning every day, and there’s so many different facets. I love it. I’m so curious as a person, and I love trying to figure out every little part of it. I love writing songs, but I really, truly enjoy being in the studio and being part of that process, too.

I moved here [Nashville] six years ago. I wasn’t going to take no for an answer from anyone and I heard plenty of those, but that never stopped me from figuring out how I wanted to get this done.

How does it feel to have your single out?

Incredible. And it’s pretty surreal. I didn’t doubt that I would get here at some point. So that part of it, I’m not surprised but I am unbelievably excited.

What do you want to say to your fans?

I want people to know that no matter who they are and no matter if they follow me on Instagram or Twitter or Facebook or not, I care about them. That’s what my songs are for. I write them for myself because I just love it. I couldn’t imagine my life without songwriting. But that’s what this is about – everybody else.

This interview has been edited and condensed for length.