‘Jam-Packed with Goodness:’ Heather Baker and Hilary Hunt Get Soup at Baja Grill

Temperatures are dropping in Arkansas, and that means that it’s time for soup season. AY Magazine is here to help out by pointing you in the direction of some of the best soups in the state. AY Publisher Heather Baker and KARK host Hilary Hunt have been on the lookout for some prime soup spots, and they are heading to one for a hearty meal.

Baja Grill may be best known for its tasty nachos, burritos and tacos, but did you know they serve up a mean soup, too? Baker and Hunt are going to Baja Grill’s Little Rock location in the Heights to try it out.

For Hunt, this is the perfect combination of food groups. “I’m super excited because, Heather, it’s kind of chilly out, and I love some Mexican food, especially some soup,” she says. 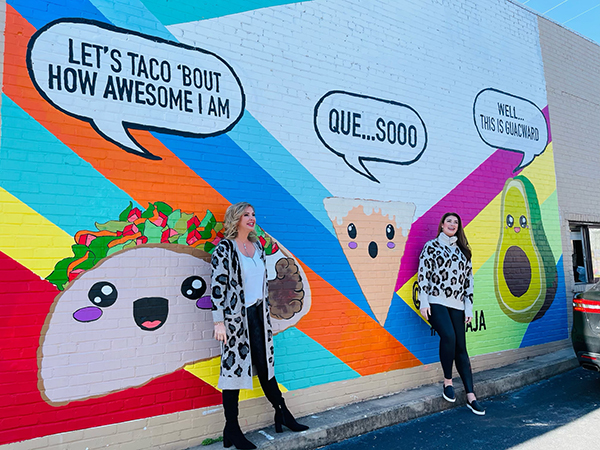 Heather Baker and Hilary Hunt outside of Baja Grill

“It’s all about soup with AY’s Bucket List, and we’re going to go inside and see what’s on the menu,” Baker says.

Baja Grill owner Heather Barber is hard at work finishing up the preparations for their visit, but she takes a little time to talk about the menu. The star of the day’s menu will be the restaurant’s smoked chicken tortilla soup.

“We slow-smoke the chicken in house, and we finish it off on the flattop when you order it. It also comes with our tortilla strips, some crema, avocado…,” she says. 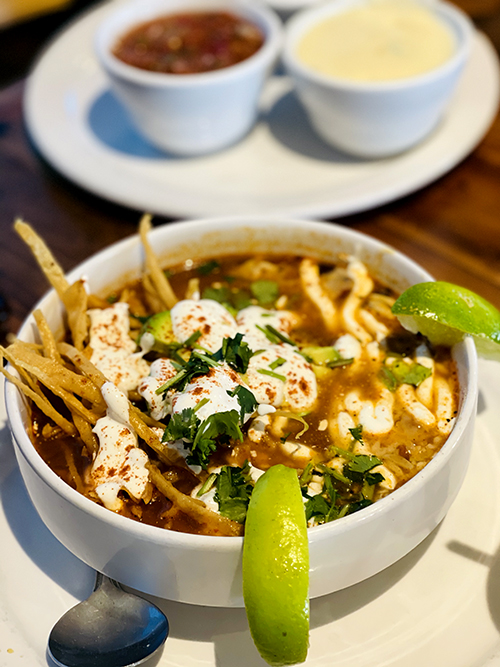 But that’s not all that Barber is throwing at Baker and Hunt today. She’ll be sending out Cuban nachos, a honey chipotle burrito and the Triple Dipper, which has containers of queso, guacamole and salsa.

There’s also a special item that Barber will be sending to them: Mexican pizza. “We brought back our Mexican pizzas after having them on the menu in 2018. I’m going to be sending out the smoked chicken Mexican pizza,” Barber says. 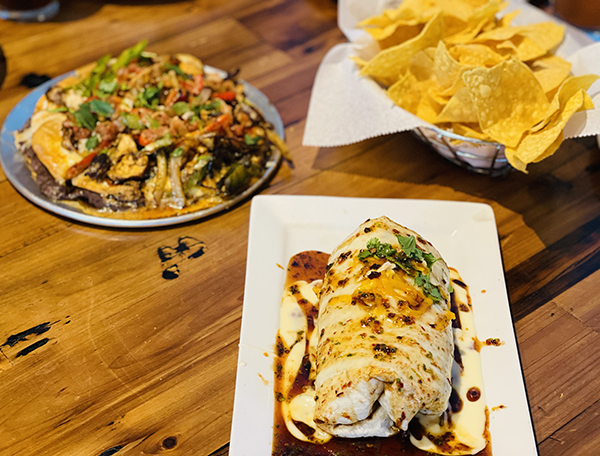 As the food gets brought to the table, the duo is dazzled by the different options. “There is nachos and Mexican pizza and look at this fire burrito,” Hunt says.

“Don’t get distracted, Hilary. We are here about this soup. It is jam-packed with goodness. It is so hearty that it is a complete meal,” Baker says. 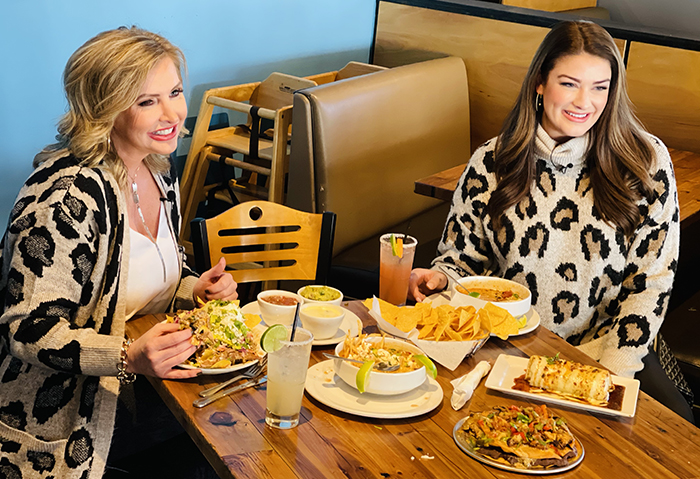 It’s the little details about the soup that immediately impress Hunt. She appreciates the addition of a lime to liven up the soup, as well as the copious amounts of cheese in the soup, noting that it has great “cheese pull.”

“What I like is that they put the lime on the side. You can add a little citrus just to give it the chef’s kiss,” Hunt says. 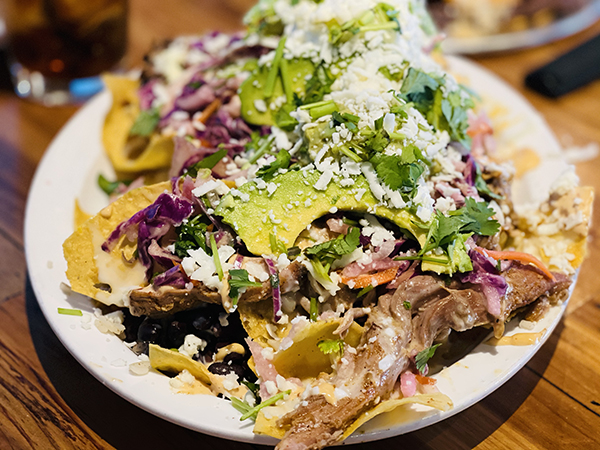 But Baker is going all in for the robust ingredients that are packed into the soup. “There’s so much more than cheese. You have the beans, rice, cilantro and tortilla strips so you get that crunch that’s so good,” Baker says.

Even after polishing off a hearty soup, there’s still more to go. There are the Cuban nachos, which Baker calls “loaded goodness,” as well as margaritas, burritos and much more. 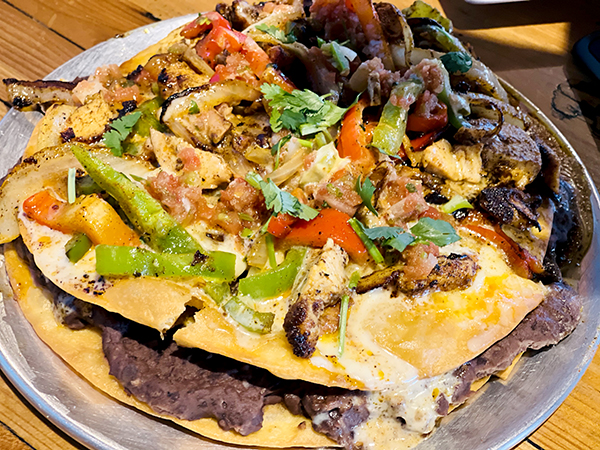 “This whole table is packed with some awesome stuff,” Hunt says.

“Move over Taco Bell. They’ve got the Mexican pizza on the menu and it looks amazing,” Baker says. “You could pair this with the soup. You pair the burrito with the soup or the nachos. That’s a huge meal.” 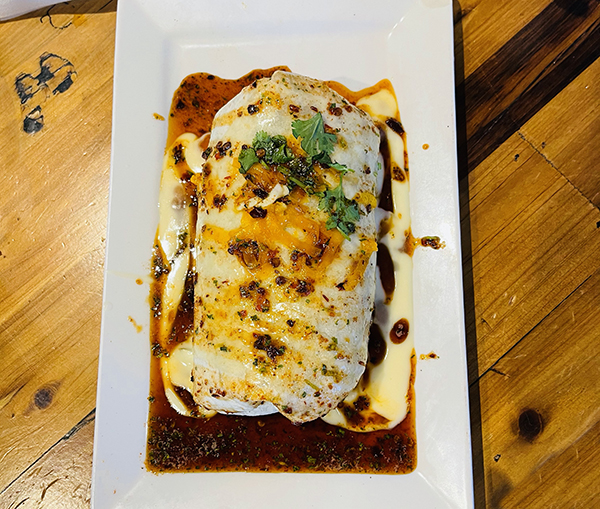 Baker and Hunt will be back next week for another round of the AY Soup and Chili Bucket List. Make sure to check out their next trip and find out where they are going!