When it comes to Arkansas bourbon, there’s one name that stands above the others – Rock Town Distillery. As the first legal distillery in Arkansas since Prohibition, Rock Town has developed a reputation over the past nine years for its award-winning spirits.

As AY Magazine Publisher Heather Baker says, “Phil Brandon has taken this to a whole new level, and we are so excited to see what they’re doing right here in Arkansas.” 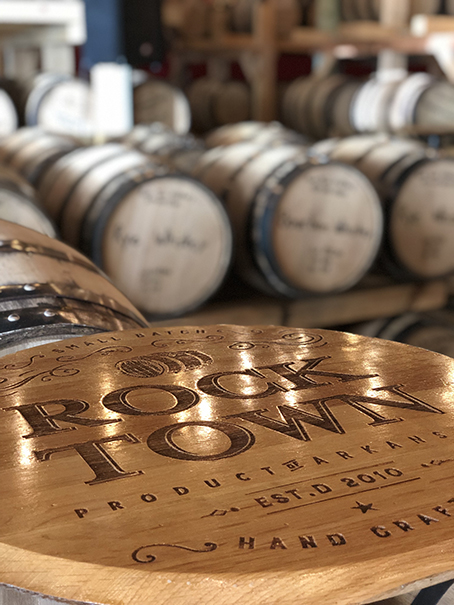 Baker and KARK host DJ Williams recently stopped by the distillery to get a head start on National Bourbon Month. Baker gave Williams a sneak preview of what will be going on at AY during September.

“I’m so excited about this week’s Bucket List because we’re in SoMa district, and we’re talking about bourbon,” Williams says.

“We are going into Bourbon Month, and it’s going to be spectacular because we’re going to pair it with some steaks,” Baker says. 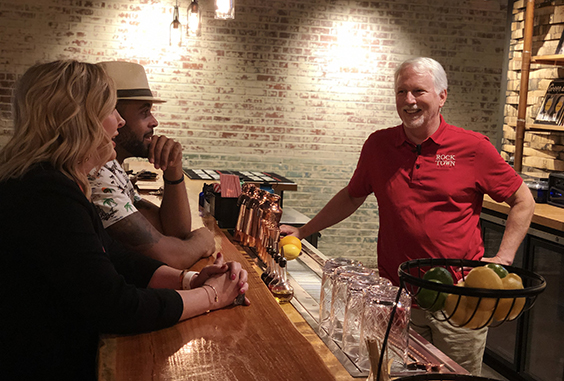 “Steak and bourbon? I’m a whiskey guy, so I’m pumped up about this,” Williams says. “Always, we’re going to drink responsibly but we need to see some homegrown whiskey.”

Inside Rock Town’s headquarters, located at 1201 Main St. in Little Rock, Phil Brandon – the owner and brains behind the company – holds court at the bar.

Before setting his sights on the bourbon business, Brandon was climbing the corporate ladder at Alltel Wireless When the company was bought out by Verizon, Brandon decided to shift gears. 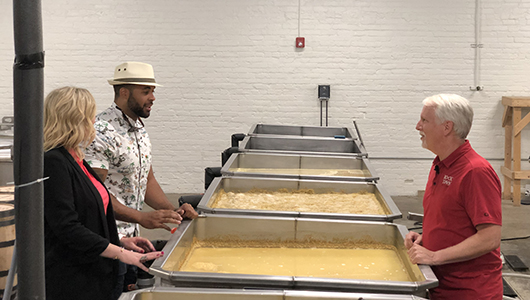 Brandon, Baker and Williams looking at the mash

“It became apparent my job was going away,” Brandon told AY Magazine. “So instead of pursuing something in corporate America, I really kind of wanted to do my own thing. And that was to start making whiskey.”

After attending classes, visiting distilleries and training with master distillers, Brandon was ready to open Rock Town. Nine years later, he can easily claim success. Its spirits have been feted by Jim Murray’s Whisky Bible, featured on Wine Enthusiast’s Top 100 Spirits and his gin and rye whiskey have both won a Gold Medals at the San Francisco World Spirits Competition. 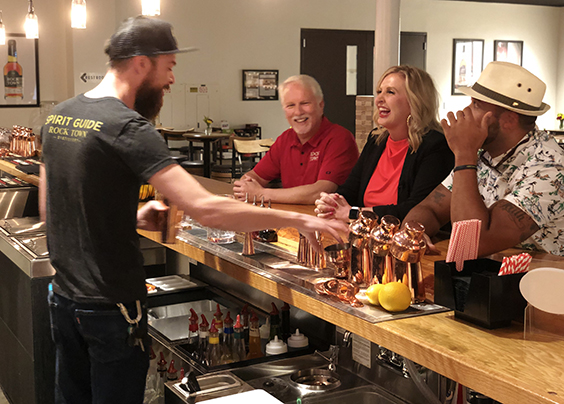 Making a bourbon is a draw out affair – it’s a process that takes at least two years at Rock Town.

“Being a distillery means that we make distilled spirits, and one of our favorite ones to make is bourbon whiskey. For a whiskey to be a bourbon whiskey, it has to be distilled from a mash that it is at least 51 percent corn,” Brandon says. “We cook it, ferment it, distill it, and then we age it in oak barrels right on the premises for about two years.” 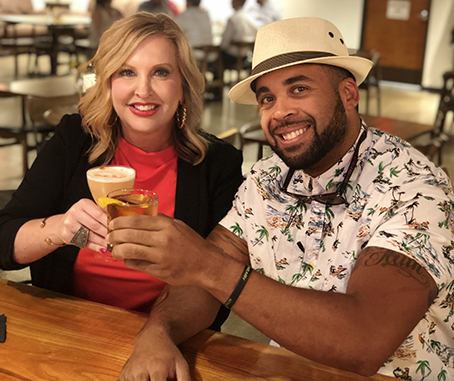 Both Baker and Williams agreed that Rock Town’s bourbon was the “good stuff.” After all, Jim Murray’s Whisky Bible ranked the single barrel bourbon as a 96.5 – not shabby at all. 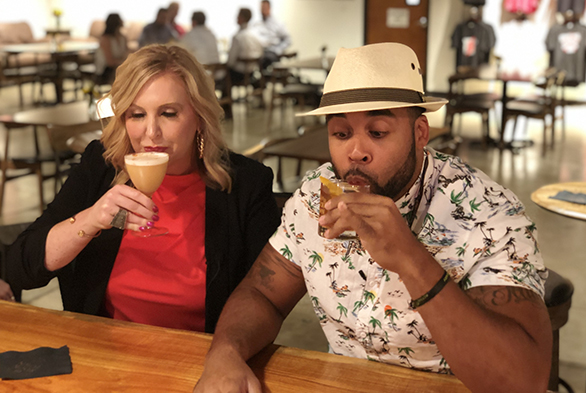 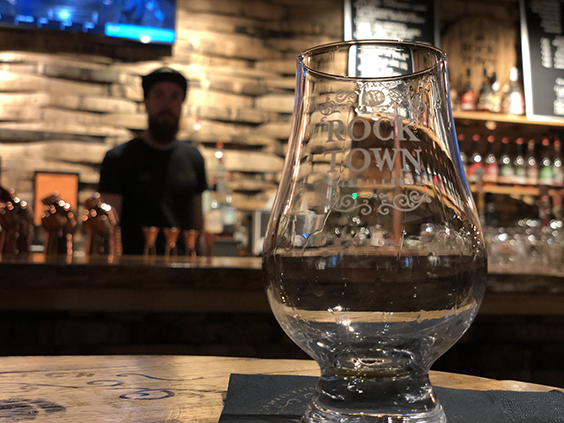