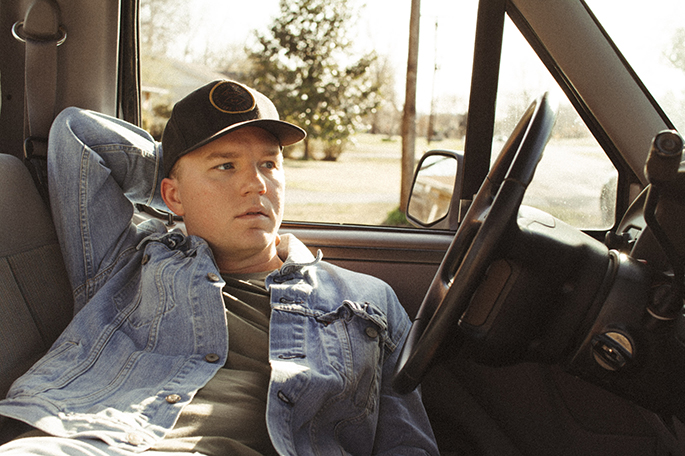 Arkansas native Baker Grissom is back at it, releasing a brand-new single.

Originally from Sherwood, Grissom is making his mark in the country music scene. He’s making waves now with the release of his newest single, ‘Bad News.’

AY Magazine talked to Baker about his new single, his creative process and more in a recent interview.

AY Magazine: Tell us about your new single ‘Bad News.’

Baker Grissom: ‘Bad News’ is one of those songs about bouncing back after a break up. It can be for either the guy or the girl that’s just gotten out of a relationship or has been there before. Whether people want to admit it or not, everyone wants to feel like they’re winning after a break-up. I’m not sure why people feel that way but there’s definitely some humor in watching people try. This song is all about coming from somewhere in that space.

AY: How did you come up with “Bad News?”  What inspired the song and its production?

BG: The song was originally just a guitar riff that I had stuck in my head. Once I took it to my buddy, Marc Oriet, he had the lyrics for the lyric for the top of the chorus floating around. He was like, “man, I’ve got this breakup idea where you say, I got a boat and I got a beer.” And we just kinda went from there. It took us a couple times to figure out exactly how we wanted it to sound. Once we sent it to my producer, Jeremy Stover – he helped us fix it and then even added some pretty funny lines. His addition about ‘lemon drops’ has gotta be my favorite.

AY: What kind of music are you inspired by? Is there any music/musicians that inspired “Bad News?”

BG: Lately, I’ve been inspired by a lot of my friends’ music. I don’t listen to new music as much as I used to but I’d probably say it’s always been a big mix of everything – country, soul, r&b, rock, all of it.

AY: How has the last year been for you creatively? Have you been able to work well during the pandemic?

BG: Honestly, it was as good as it was bad. It was very weird not being able to see a lot of people and write with as many writers in person but it was nice to get a lot of time to think and slow down. I don’t feel like that’s ever possible in our industry because there’s always someone working when you’re not. But it was definitely the perfect time to strengthen some friendships with those I was able to see – both musically and personally. There were several nights around a campfire with a guitar in hand.

AY: How do you feel like you’ve evolved over your career?

BG: Mostly, I’ve just tried to surround myself with good people and enjoy the process. I make sure to always try and be prepared for the day to put too much pressure on anything. I never want anything to feel too forced.

AY: How would you describe your creative process?

BG: Thankfully, things have gotten a lot simpler. I try and always ask myself, is this something I would understand if I wasn’t the guy writing it? Or, is it a stretch trying to catch a rhyme or weird line? Instead of just askin how it makes someone feel… I try to spend more time thinking about how it comes across or not. If the song doesn’t check that box, the other questions don’t really matter very much.

AY: Do you have anything upcoming that you can tell us about?

BG: Actually, I do! We’ve got another song coming out in the next few weeks called ‘How Many Hangovers’ that I’m really excited to share. It’s more of the other side of the heartbreak coin to ‘Bad News.’