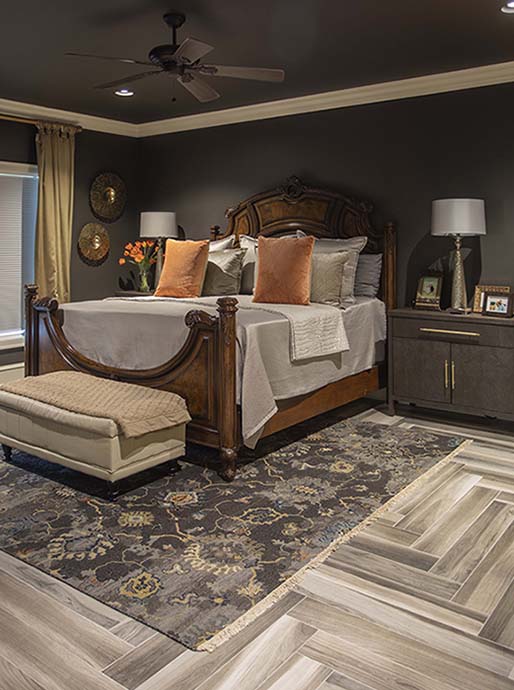 By Lisa Fischer
Designing a project for a home makeover is a formidable task. Add to this starting your own YouTube channel, and you have yourself a social media/artistic conundrum. It’s the type of challenge Larry West Jr., of L West Jr. Designs likes. And though working on the home of AY Publisher Heather and Joel Baker’s house wasn’t a drastic reality show-type makeover, it was enough to give the Bakers a do-over in their living room, bedroom, dining and entryway and to allow West to use his inventive designs to create a serious digital presence. 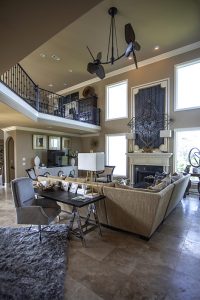 “I wasn’t concerned what it would end up like, because I knew it would be good since it was Larry West [doing the design work.] I was really glad to be a part of this and for him to give the Baker home some love,” Heather said during the big reveal. But husband Joel wasn’t an easy sell. “He said, ‘I am a control freak; I don’t like things being out of control.’ I was wondering, What was he going to do? I really didn’t know what I was in store for.”
West first began daydreaming about the project and focused on the master bedroom after his initial visit to the Baker home in mid-August. 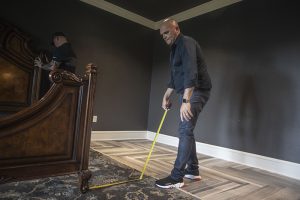 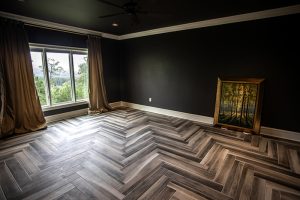 A sneak peak of the porcelain wood tile
from Akels Carpet One.

“Looking around, it didn’t look like it needed much, yet it was my number one focus,”says West. “We wanted to spend time on the room where they kick back and relax every day after work. The Bakers use their bedroom as their retreat from their busy schedules.”
West began with the flooring because the Bakers wanted to know what to do with their medium-pile carpet, which was buckling. West suggested a porcelain tile that looks like hardwood. He worked with Richard Akel and his staff at Akel’s Carpet One, who gave him exactly what he and his client wanted. West says they chose something that would work well with the travertine that is in the rest of the home. 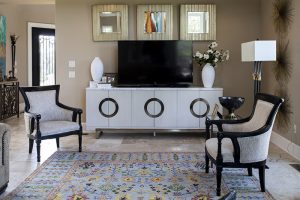 After flooring, West had to lighten up the room a bit. Different window treatments, new furnishings and a rug from Cantrell Design Center in Little Rock completed the look.
“The room is so big now. It looks huge!,” Heather exclaimed when she saw the master bedroom after West did the one-day install. Joel, too, was happy with the transformation, especially since his non-negotiable recliner, the Papa Bear Chair, got to stay. That’s right. Joel put his size 11 foot down not to lose his chair; he wanted his recliner to stay put. West says part of his job is accommodating those non-negotiables between spouses. 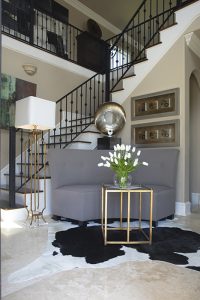 Then onto the living room, where West hired Aric Phippin of Phinality Design to work his magic on the mantel. He used a high-polished Venetian plaster and iron to complete the work. They incorporated an iron piece Heather had that she loved, but it was on another wall. Phippin also moved artwork that was in that space on the wall and placed it in another more prominent place.
West had to work with the existing wall color because this wasn’t going to be a major remodel; it was more of a fluffing. He updated what he could, which included lamp replacements, rug installations, new side tables and accessories. He worked with his longtime vendors Phoenix Interiors, Obsessions Interiors, Urban Pad and Hadidi Rugs to complete the look. 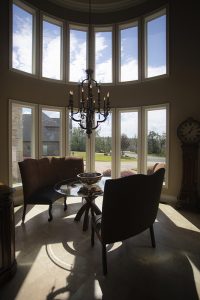 The Bakers are settling in to their “new normal.” Heather says, “It truly feels like we are in a whole new house. I keep walking around and staring at spaces because our home is perfect, just gorgeous.” The kids’ rooms upstairs weren’t touched, but they now have a home that is more current to entertain their friends. And now that the film crew is gone from the YouTube channel project, the Bakers have their busy lives to maintain coupled with a home they love as a retreat. And the recliner? Stay off it if Papa Bear is home.