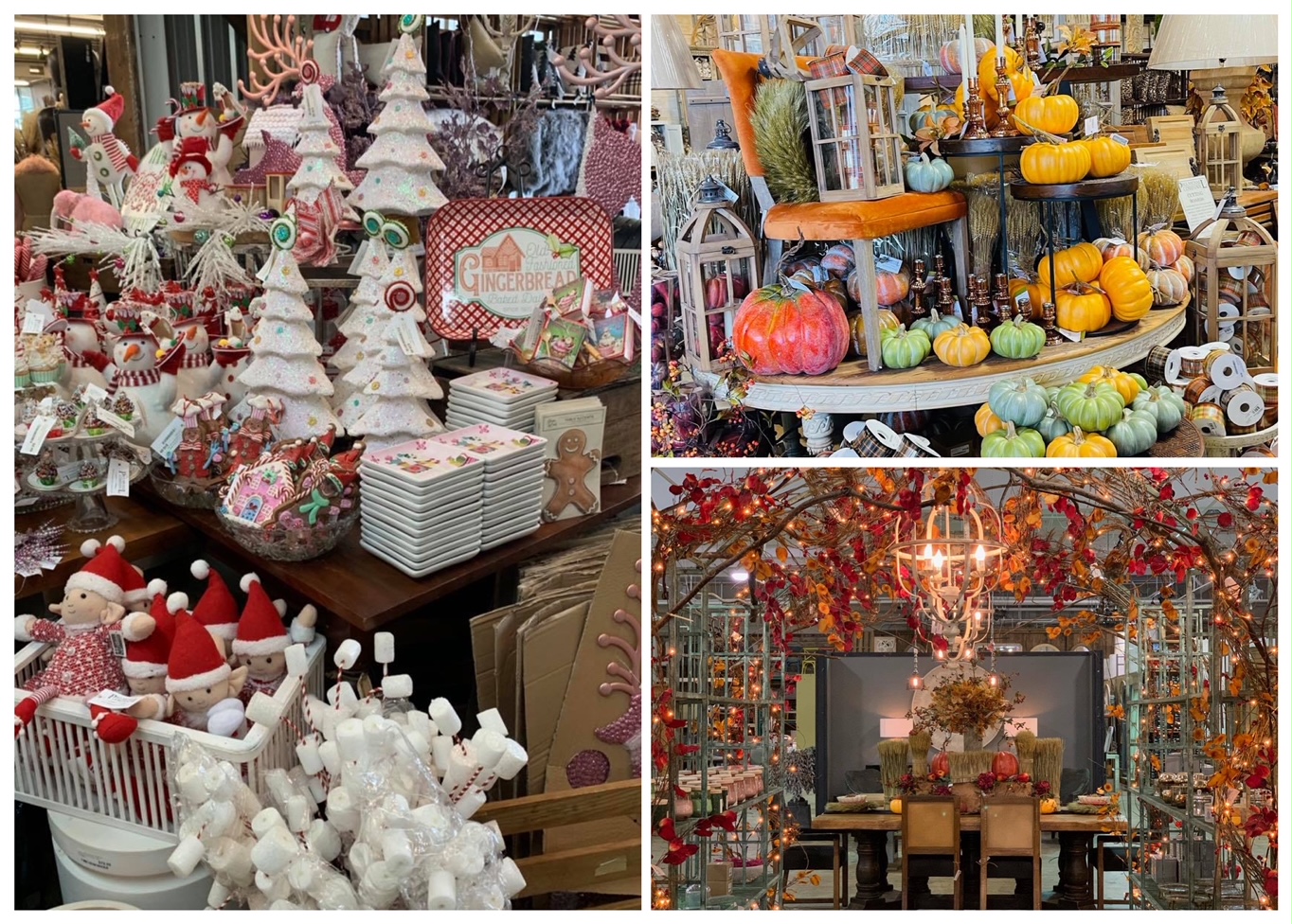 This is worse than Kim and Kanye’s breakup. It’s worse than Ozark announcing it won’t have a fifth season. (Our intel says that the fourth and final season will drop in January. More on that another time.) We are talking about the closing of the famed Paul Michael store in Lake Village after 28 glorious years of selling everything from candles to concrete baths to Christmas decor. 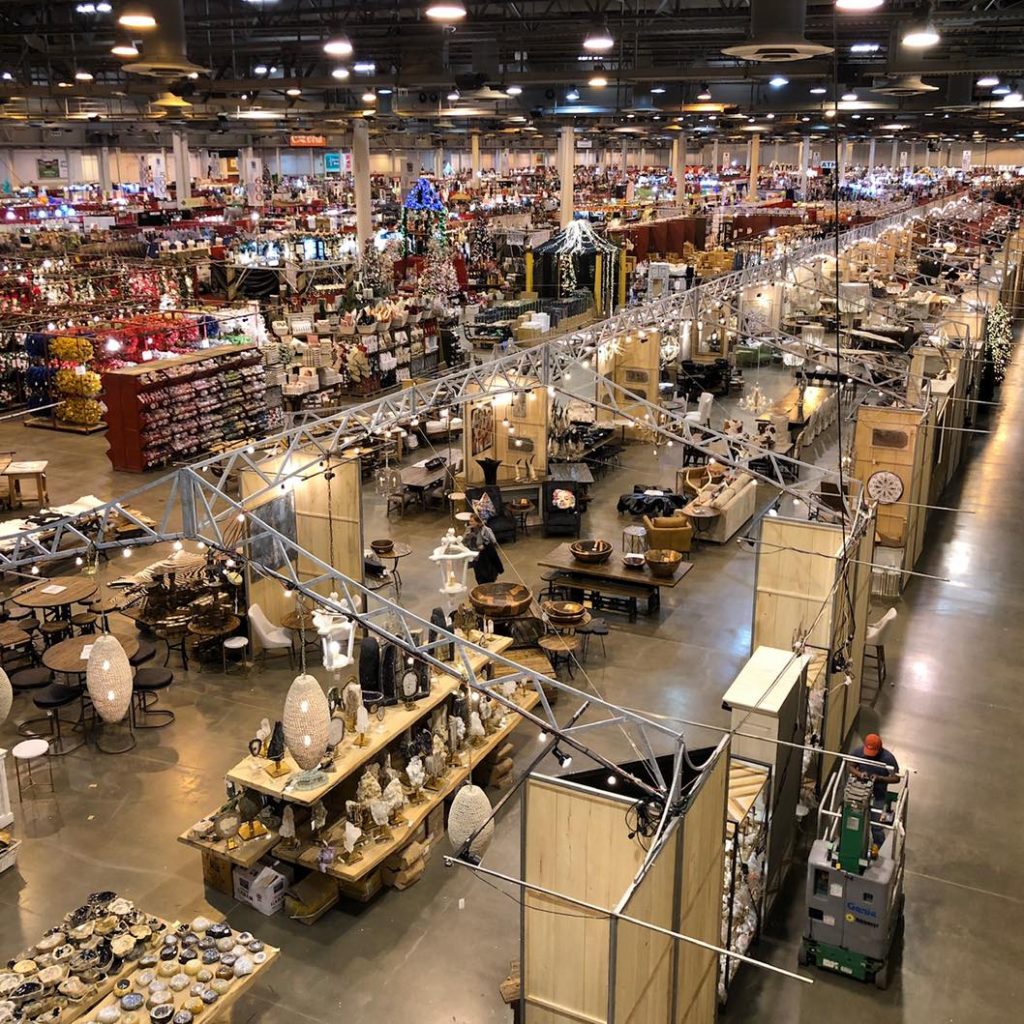 Sharp Facebook readers saw the post on October 17 that today and tomorrow is the start of a big — and we mean BIG — liquidation sale at Arkansas’ premier design warehouse. If you have never been to Paul Micheal, now’s the time to do it. Below you can see your “ticket” to get to the sale. It’s about a 2 ½ hour drive from Little Rock, and well worth the trip. (Don’t forget Rhoda’s Tamales when you go). After the two-day invitation sale, the sale will be open to the general public. According to the company’s social media, only the Lake Village store will close. That means if you miss this, you still have the locations in Canton, Texas; Dallas, Texas; Round Rock, Texas; and Monroe, Louisiana. 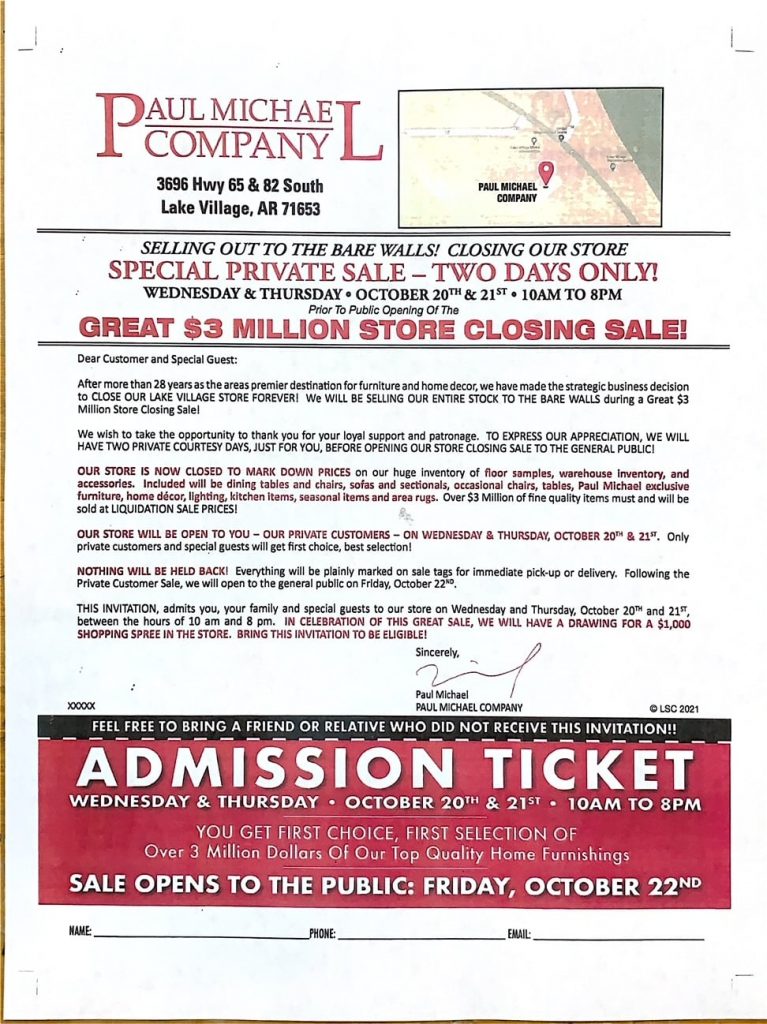